Review of the Blaze of Ra Slot by Push Gaming and Where to Play!

Previous Next
Review of the Blaze of Ra Slot by Push Gaming and Where to Play!

Check out the New and Exclusive Egyptian themed Blaze of Ra Slot From Push Gaming!

Mr Green Casino has recently added a new and currently exclusive online slot titled Blaze of Ra to their casino which comes from Push Gaming who have a track record of releasing new and interesting slots similar in graphical style to Quickspin slots but generally a bit higher variance.

The Blaze of Ra Slot takes on the popular Egyptian theme of slots with a 5×4 reel 40 payline slot that features the typical Scarabs, Ankhs and other typical Egyptian icons and comes packed with a couple of interesting gameplay features that seem to have some decent win potential.

The main base game feature of note is a Nudging Wilds Feature which activated when any of the stacked wild symbols land on the reels, on the following spins these symbols nudge down and are held in place for the next spin, with stacked wilds on all 5 reels things can get exciting when several Nudging Wilds appear during one spin.

The main bonus is triggered by landing 3 of the special Scarab Scatter symbols anywhere on the reels, these symbols then reveal a number which is totalled up giving you the total number of free spins.

During the main bonus round reels 1,3, and 5 are full Wild Reels making it much easier to get wins, with the possibility of also earning extra spins from any further Scarab Scatters during the free spins. 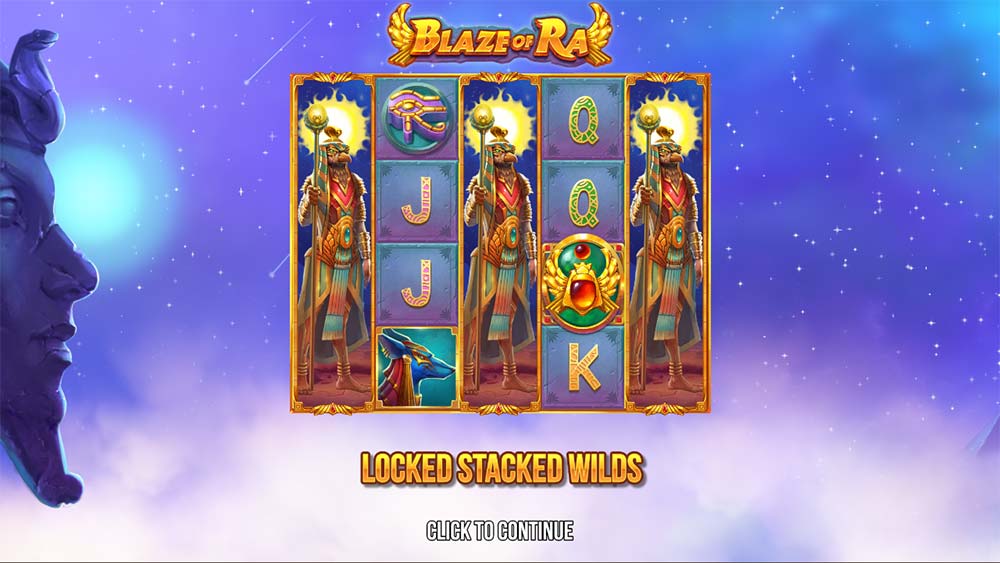 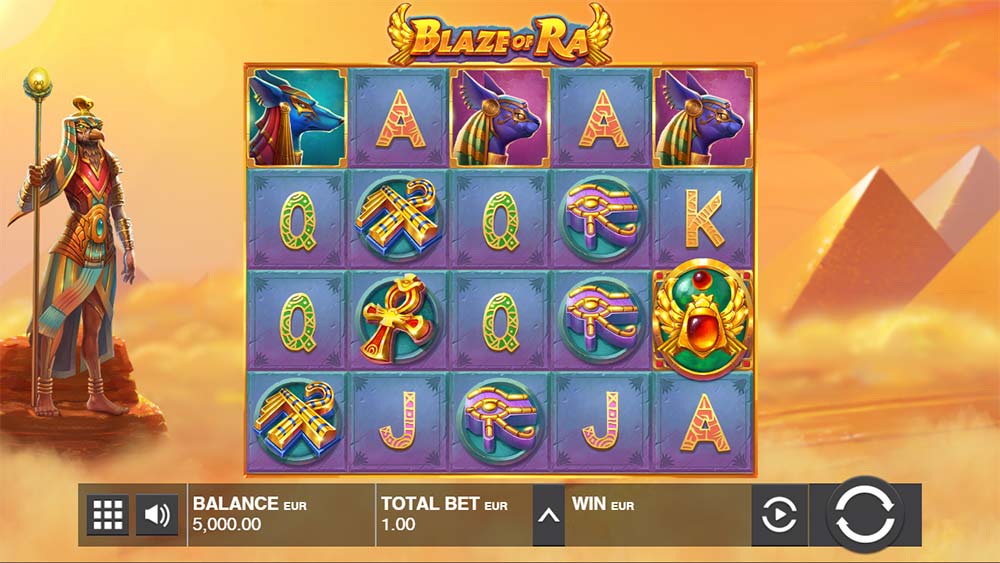 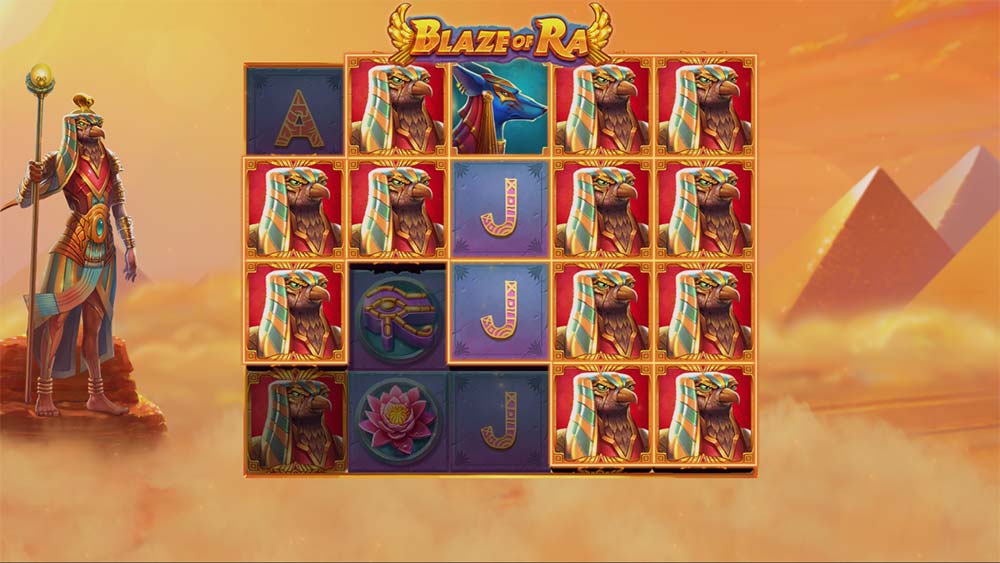 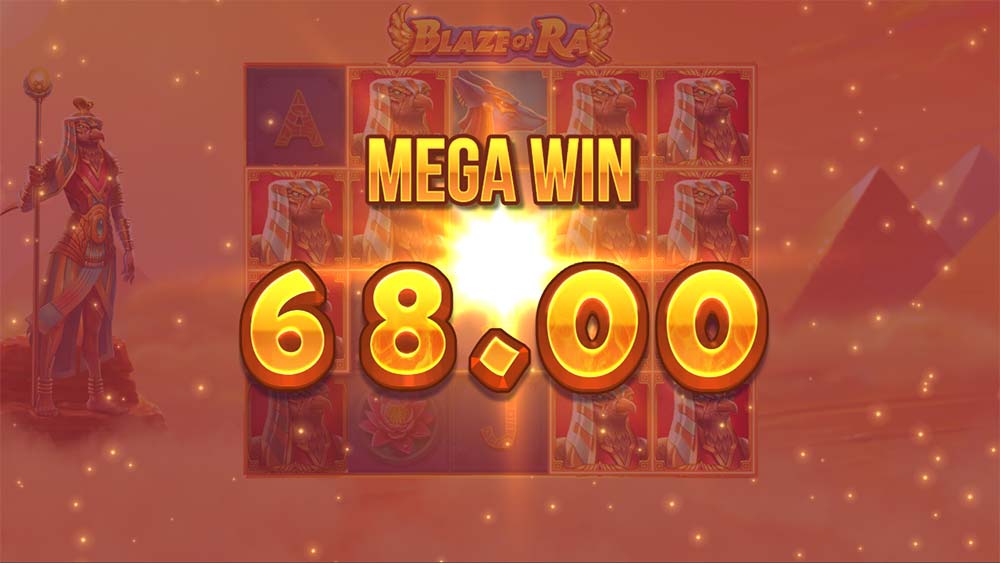 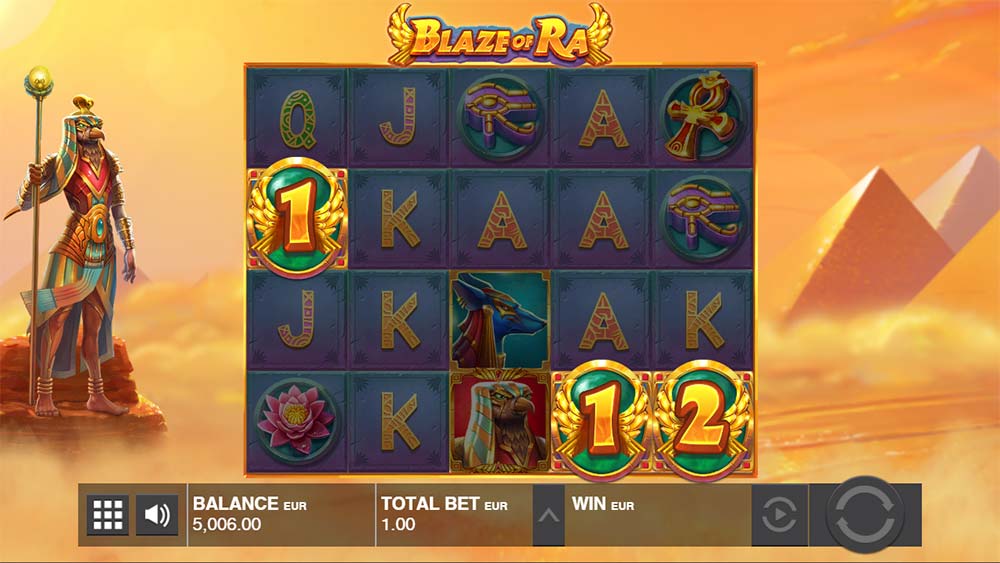 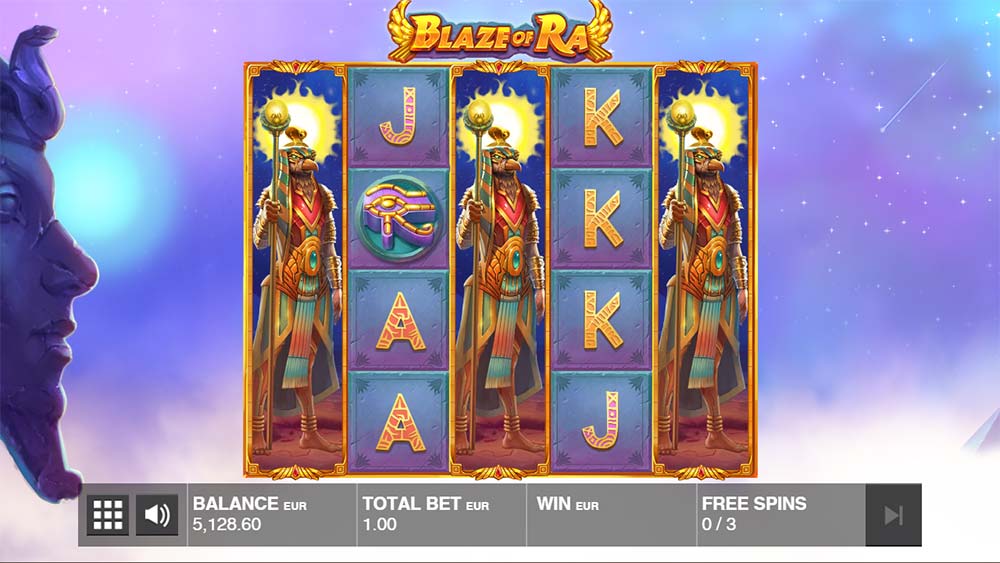 During base game play if any part of the Stacked Wild symbols lands in view at the top of the reels the Nudging Wilds feature triggers.

During the next re-spins, these symbols will nudge down by 2 places on the reels and then be held in place for that spin, this can occur on multiple reels during the same spin.

The main bonus round is triggered by landing 3 of the Scarab Scatter symbols on the reels, these then reveal a number which is totalled together to give the total number of free spins (The Scarabs can reveal either a 1 or 2, so a maximum of 6 initial free spins).

During the bonus round, reels 1,3 and 5 are full Wild Reels, and there is also the possibility of gaining extra free spins if any further Scarabs land in view during the bonus.

Blaze of Ra is a nice little slot from Push Gaming, it will probably go under the radar of most slot players as they are not one of the huge providers but they keep producing interesting slots with nice special features and some decent win potential too.

If you are looking for some new slots to check out this year then Push Gaming are certainly worth a look if you are a fan of innovative bonus features and solid medium variance slots, for example, Dragon Sisters and Humpty Dumpty are both decent slots too.