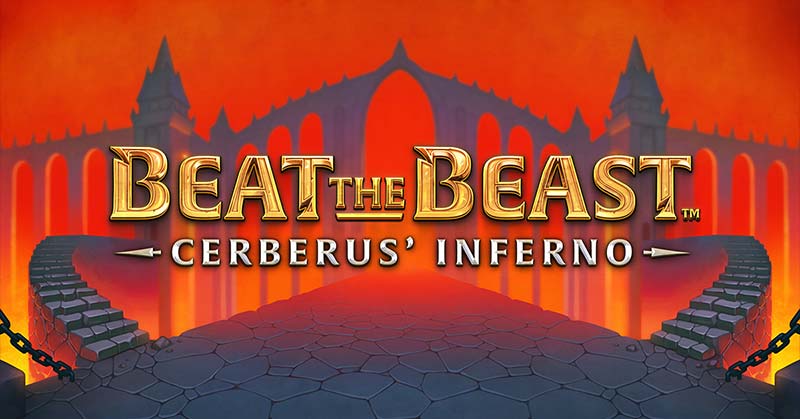 Step Into the Depths of Hell in the Beat the Beast – Cerberus Inferno Slot From Thunderkick!

Casumo Casino has recently added the latest exclusive Thunderkick slot Beat the Beast: Cerberus´ Inferno to their casino, this is another exclusively early release weeks ahead of its official release so if you are looking to the play this slot immediately Casumo if your casino of choice.

The Beat the Beast series of slots are a group of machines currently being released by Thunderkick that all share a common theme and are all highly volatile releases, with slots such as Beat the Beast: Mighty Sphinx and Beat the Beast in the Kraken’s Lair making up the previous titles with more titles to follow.

The Cerberus Inferno machine starts initially with just 9 active paylines in the base game with a mixture of high and low paying symbols along with a special Scatter/Wild symbol, the main feature on offer that sets this apart from the previous titles is the introduction of stacked wilds on the reels.

The main free spins bonus feature is triggered by landing 3 or more scatter and this awards 10 starting free spins and also expanding the paylines up to 243, which is essentially a pay anyway style format (243-way).

With the ability to land multiple fully wild reels on this machine the winning potential during the bonus round increases massively with a maximum devilish win of 6666x stake on offer along with bonus re-trigger with the scatter also acting as a wild substitution.

The base game, of course, can also pay out well, but with only 9 active paylines this is going to be much more infrequent than during the bonus round making this the main focus of this slot. 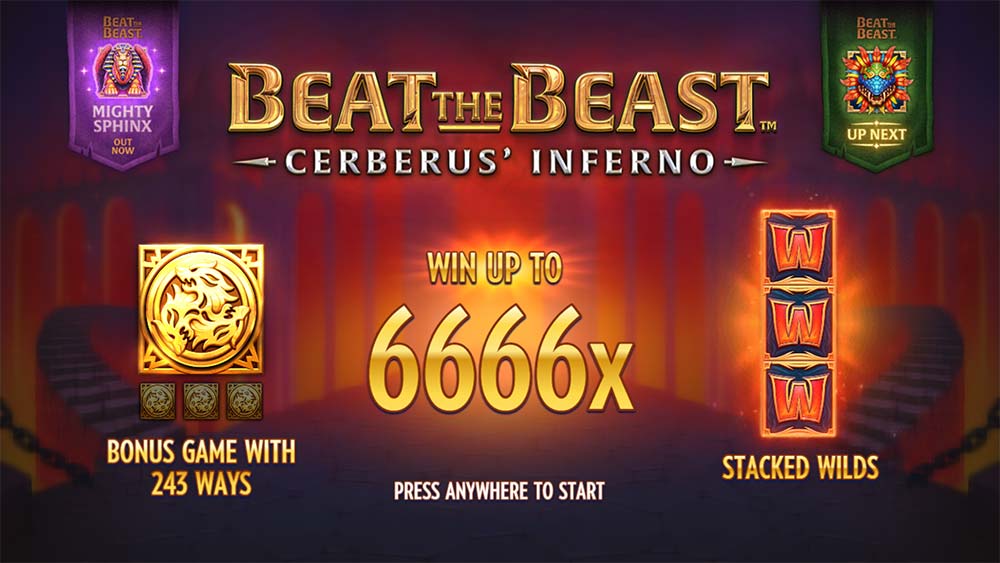 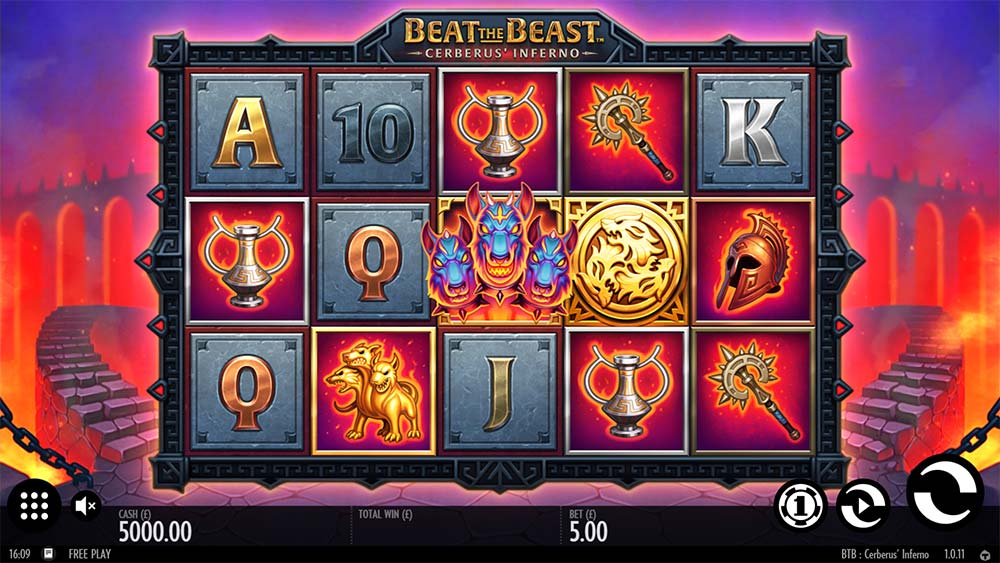 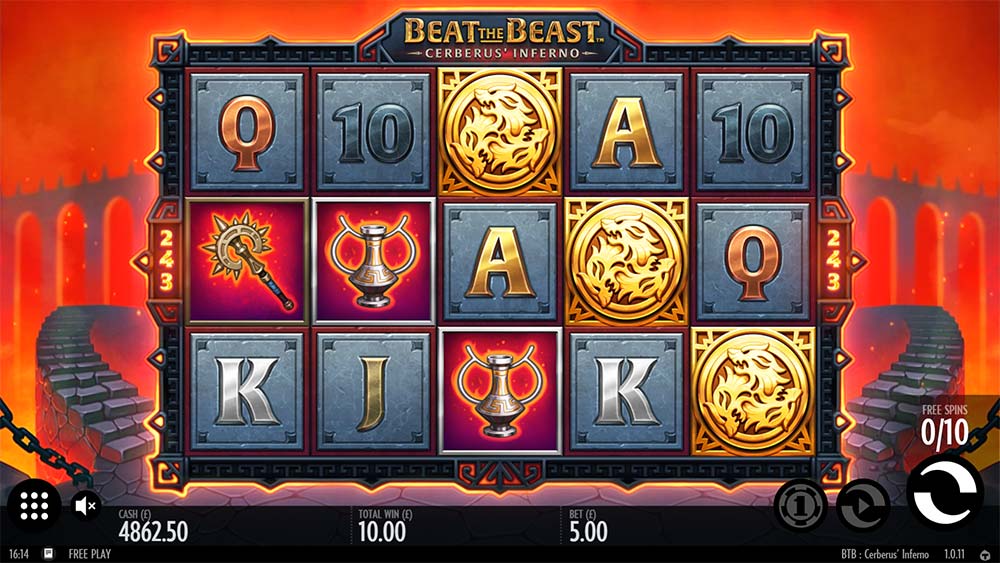 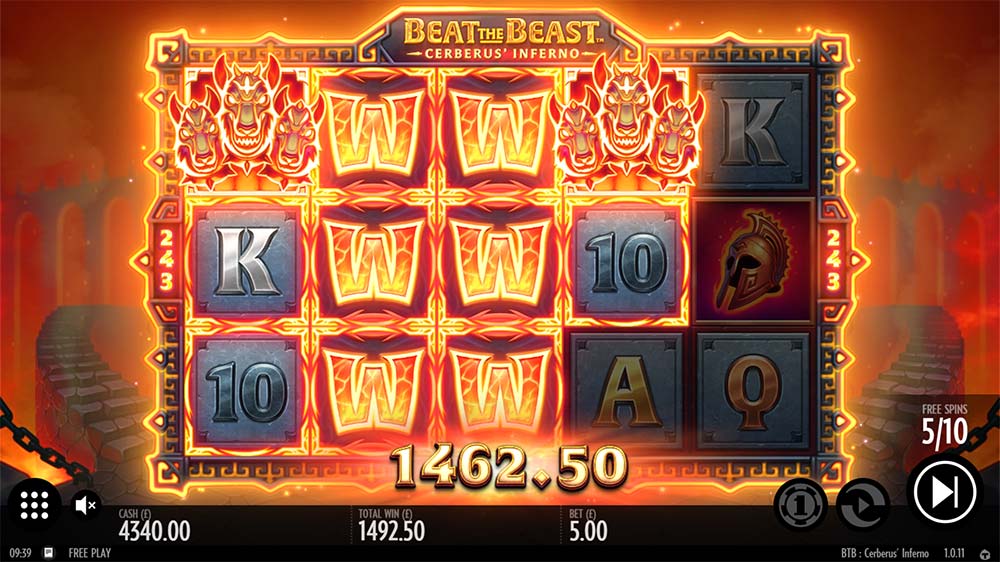 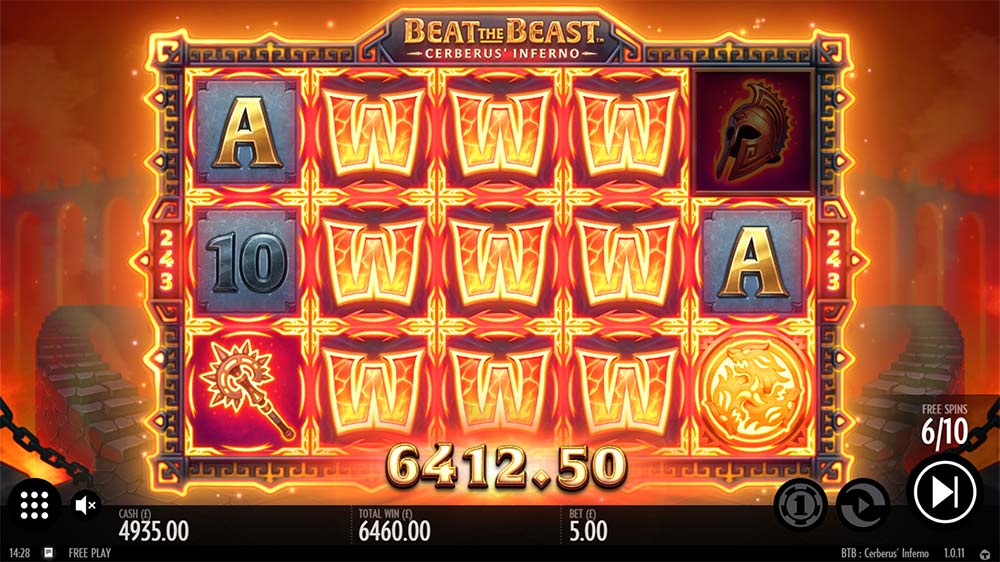 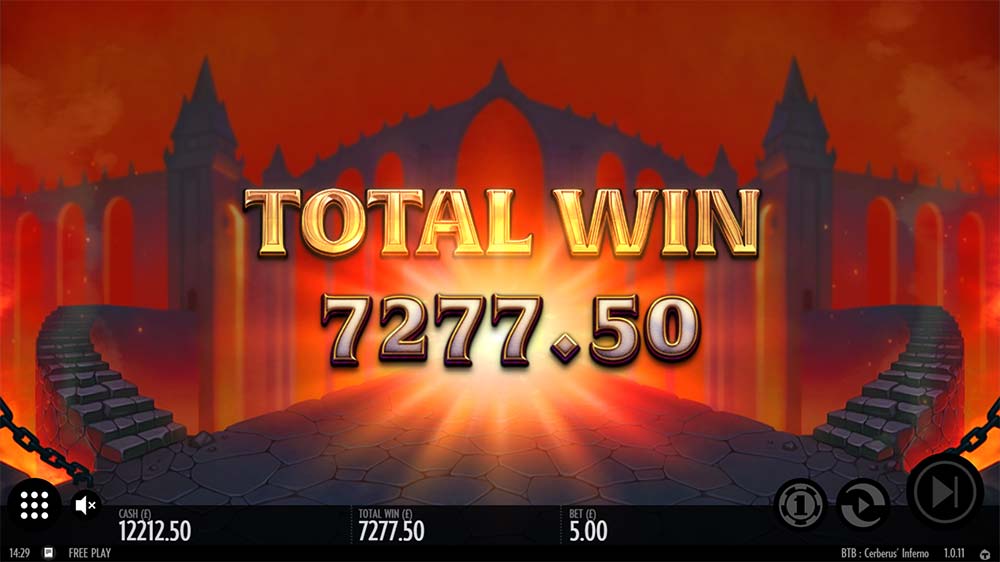 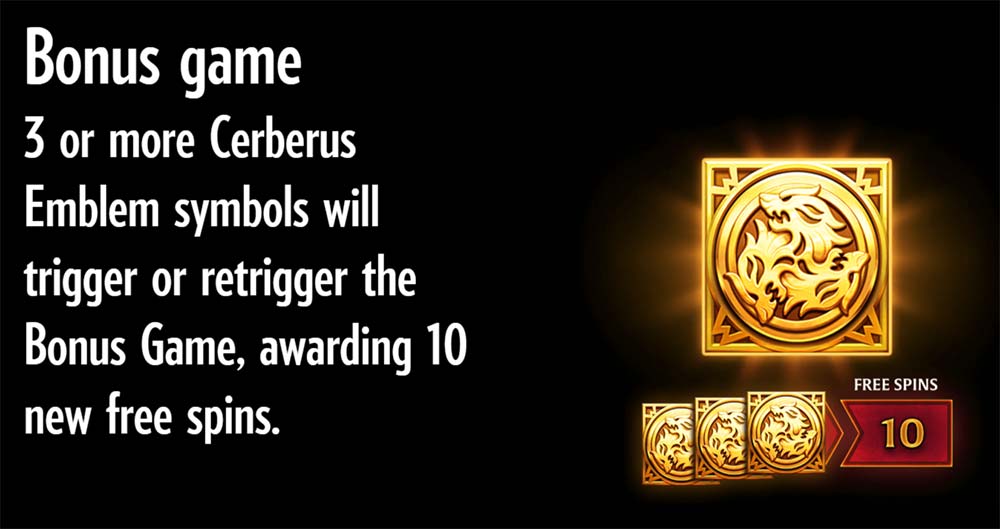 The main free spins bonus round is triggered by landing 3 or more of the bonus scatter symbols anywhere on the reels and awards a starting 10 free spins along with increasing the paylines from 9 up to 243-ways.

The regular wilds during the bonus round are stacked and will completely cover a reel when landing in view, the scatters also act as wilds and you can re-trigger the bonus feature fully. There is a possibility of landing several reels full of wilds (see screenshots).

The Beat the Beast – Cerberus Inferno slot From Thunderkick is another nice release in the Beat the Beast series, whilst the base game is somewhat lacking with just 9 active paylines the introduction of increasing ways style paylines and the ability to land multiple fully wild reels gives this slot some insane potential.

In our playtests whilst most bonus rounds ended up below 100x stake we did have several in the 400x bet ranges and one that was over 1500x stake with non-premium symbols demonstration that this is definitely a high variance machine!

If you enjoyed the previous Beat the Beast slots then you should enjoy this release, whilst it is a bit “all or nothing” in terms of win potential it should certainly appeal to fans of slick-looking high variance slots!