Review and Where to Play Divine Lotus Slot From Thunderkick

We Check Out Divine Lotus From Thunderkick, Play It Exclusively Early at Casumo!

Casumo Casino has recently added the latest Thunderkick slot Divine Lotus to their casino, this is an oppurtunity to play it early exclusive release with the official release date of October the 9th, so if you can’t wait to check this slot out Casumo is your go to casino.

The Divine Lotus slot uses a slightly enlarged reel set with a 6×4 reel array giving a 4096 ways to win payline format, after our initial playtest it became apparent that the mechanics and special features on this slot are very similar to a previous popular release from Thunderkick called Pink Elephants so if you are familiar with that slot you should be very comfortable with how this release works too.

The theme is heavily based on an oriental setting with the various lotus flowers symbols being key to triggering not only the free spins bonus round but upgrading the reels with its special symbol collection and symbol upgrade feature.

The bonus round is triggered by landing at least 3 of the scatter symbols on individual reels with a slight twist that the scatters are stacked on the reels, the more that land in view and on at least 3 reels the more initial free spins are awarded, which can really help during the bonus round.

The main bonus round is initally all about collecting as many of the lotus scatter symbols as possible with a collection meter tracking your current progress, once the mter has been filled up one of the high paying symbols is converted into a lotus flower which acts as a mystery random symbol on the reels.

You also earn extra free spins every time a scatter lands on a reel and when completing the collection meter, so it’s not unusual to have well over 20 free spins during a bonus round.

Once a few of the symbols have been upgraded during the bonus it becomes more apparent just how volatile and potentially rewarding this slot can be, make no mistakes the bonus rounds are super volatile and it wasnt unusual to have an ending bonus round of literally zero, but converting all of the symbols into lotus flowers leaves only the highest paying symbols and wilds left on the reels, meaning wins in excess of 1000x stake are quite possible if you are lucky enough to reach this final level and land a lot of high paying saymbols or lotus flowers. 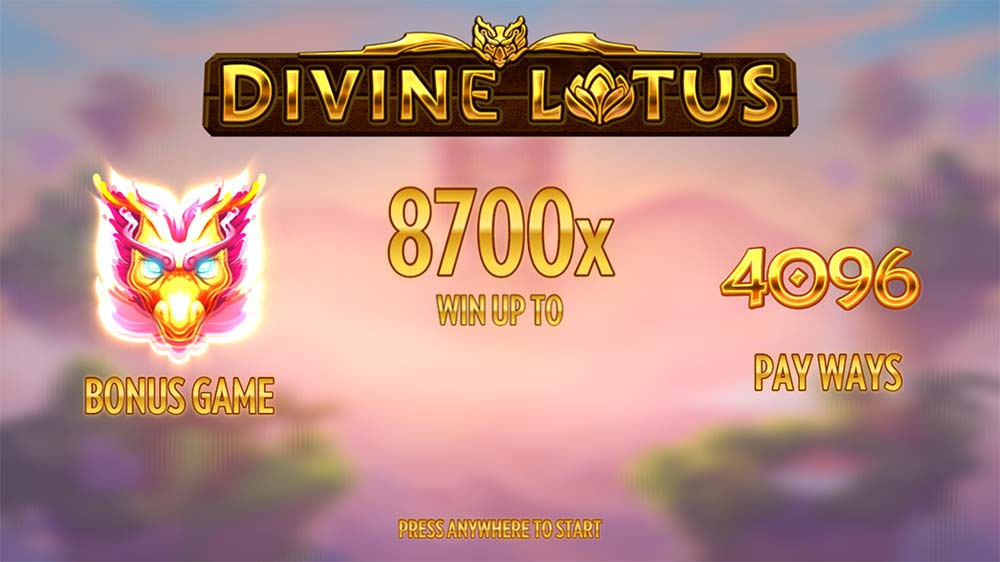 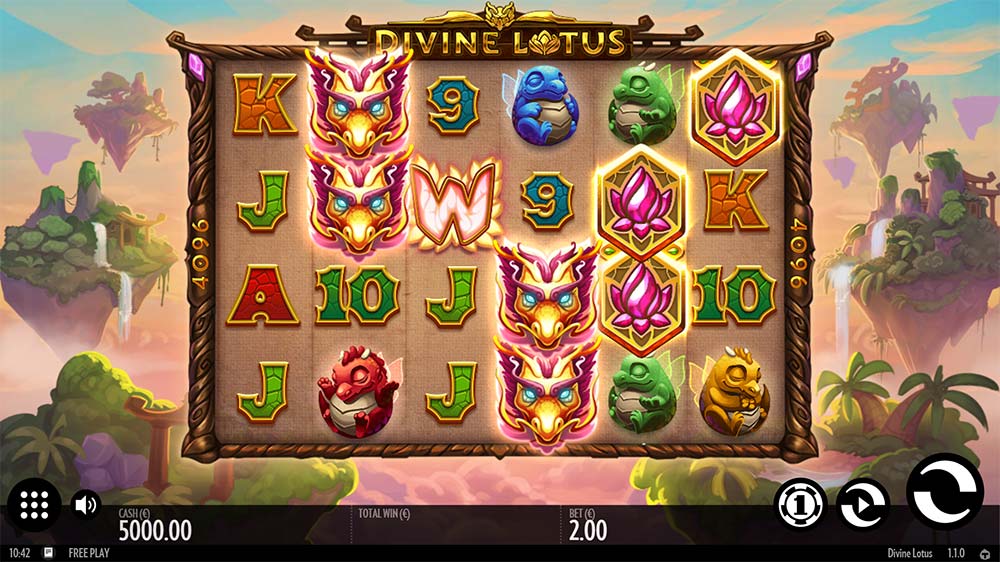 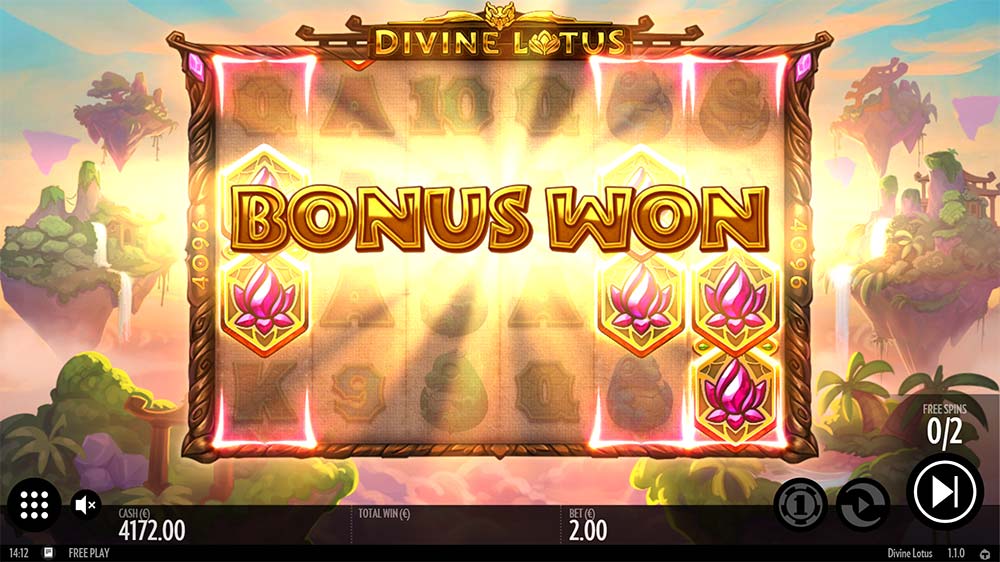 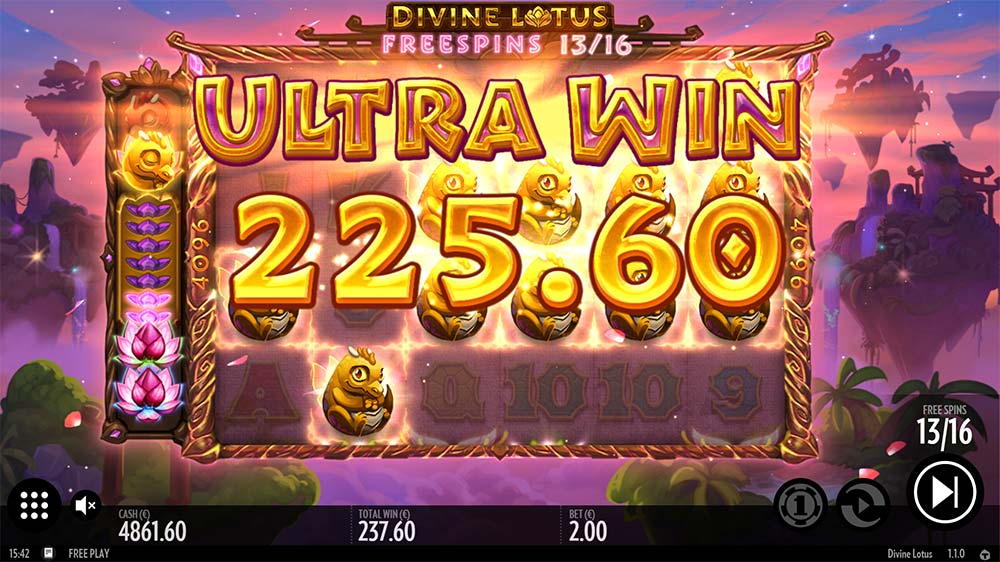 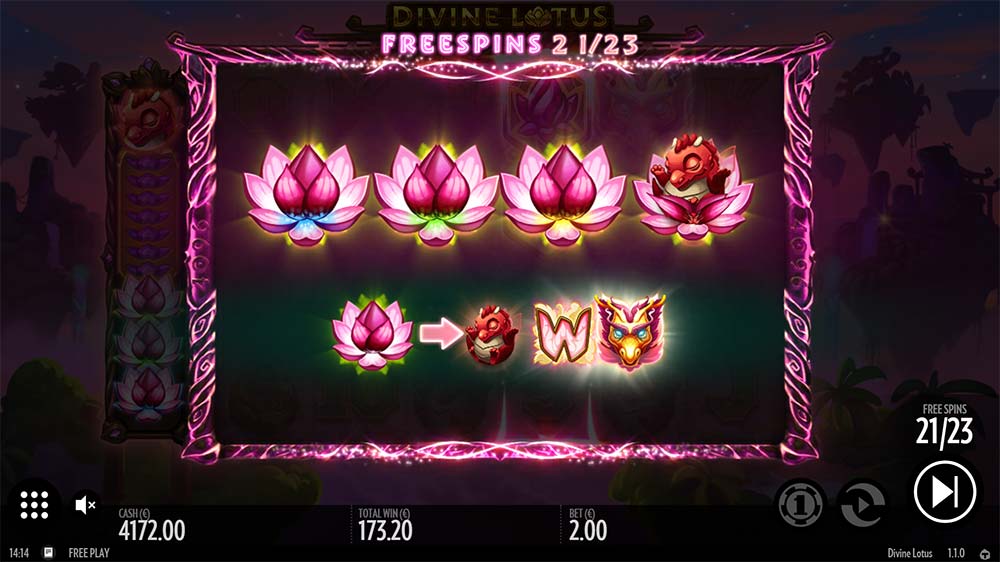 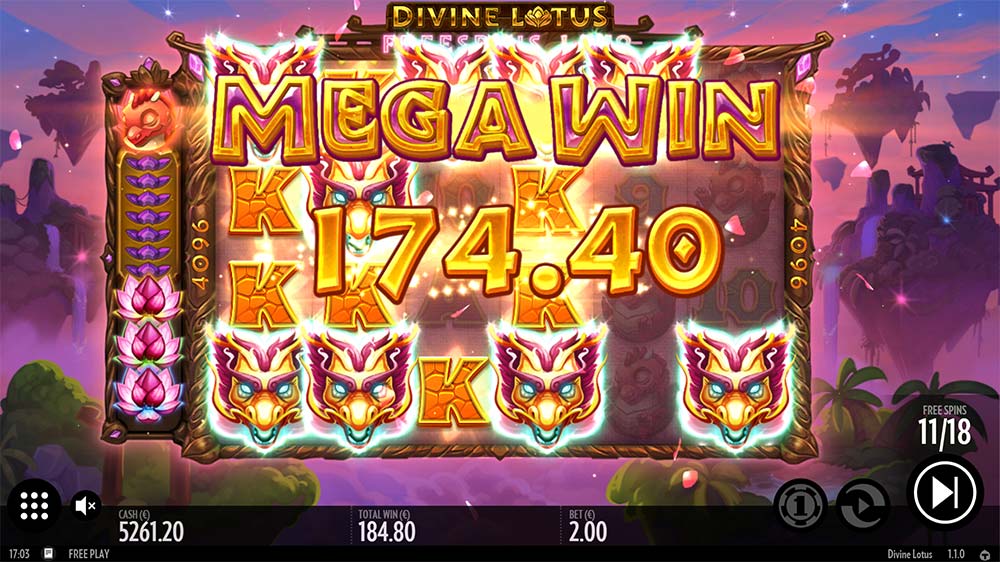 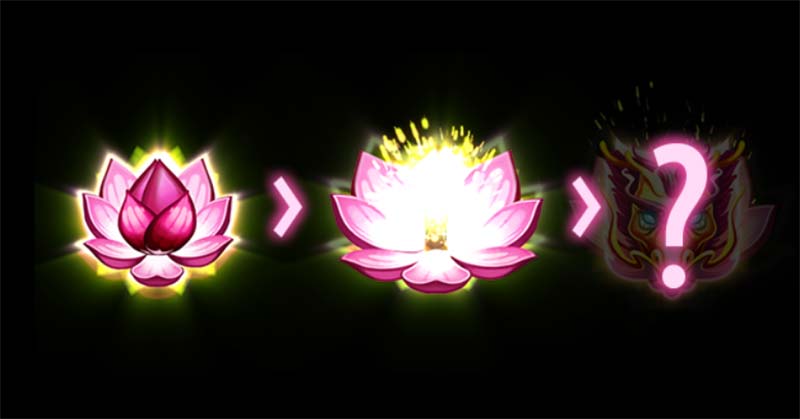 The special Mystery Lotus Symbol can transform into any of the high paying symbols when it lands on the reels in the base game,  during the bonus round this feature becomes more potent as the collected symbols are removed from the reels leaving just the highest paying symbols being revealed from the Mystery lotus symbols. 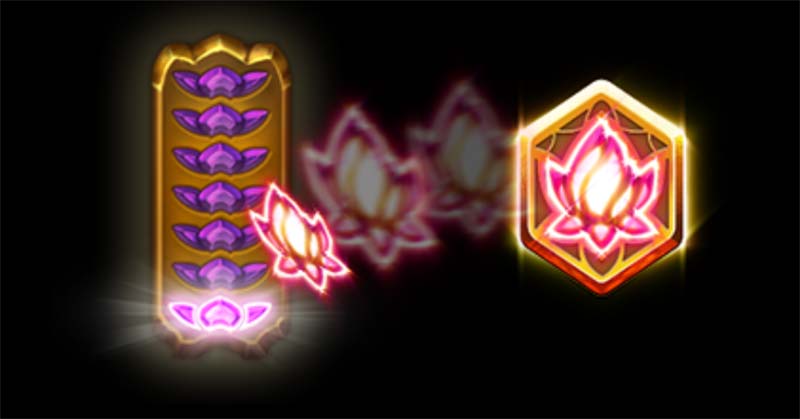 Initially triggered by landing any number of scatters on at least 3 reels, additional lotus scatters will add 1 extra free spin per symbol to the bonus round.

During the bonus round the main objective is to collect as many of the special Mystery Lotus symbols, these not only grants extra free spins but will fill up the collection meter,

Once the collection meter is filled up one of the high paying symbols is then removed from the pool of available symbols that the Mystery Lotus Symbols can reveal. This process can be completed 4 times in total leaving just the highest paying symbol and wilds left!

Make no mistakes the release of the Divine Lotus slot is definitely a high variance affair, we have playtested this slot extensively covering thousands of spins and lots of bonus rounds within that period too.

The collection meter feature is actually critical to get the biggest wins on this machine and even then you can have a couple of heartbreaking final spins that result in no wins, so definitely approach this slot with caution with bet size!

In our playtests, we had bonus rounds in the range of literally zero right up to 1000x stake, in general, more in the 20x up to 100x range with a few outliers.

Whilst the symbol collection meter concept is enjoyable and exciting especially once a few symbols have been transformed, we have already seen a very similar release in the form of Pink Elephants and this title is honestly more of the same with new graphics.

Definitely approach with caution though, we can’t stress enough how brutal or rewarding this slot can be during the bonus round in just a few spins with all symbols transformed!