We Had a Blast Playing Dynamite Riches the New Online Slot From Red Tiger Gaming!

Mr Green Casino has recently added a new gold mining themed online slot from Red Tiger Gaming titled Dynamite Riches which comes with a high variance rating, wins of up to 5000x stake and a whole host of interesting features which can even combine together to produce some very interesting results.

The base gameplay takes place on a 5×4 reel set and just 20 paylines which is on the low side given the reel sizes, there are also 4 unlockable special features when you first load the game.

These padlocked icons will initially require the Dynamite Wilds to land in view in the base game, slowly burning down the fuses until the dynamite explodes to reveal each of the special features.

Thankfully it doesn’t take too long on a given bet size to unlock all four of these extra features, in our playtests, it was several hundred spins before becoming fully unlocked. Once revealed you then have a randomly activated chance of triggering these modifiers, there is no mistaking when they are coming with slot reels literally shaking signalling a chance of triggering (with a few teases animations too!).

These various modifiers that can be triggered include Removing Low Pay Symbols from the reels, Added Wilds, Multipliers up to 10x and Mega Wild symbols. On rare occasions, you can get several of these features to trigger at the same time which as you can imagine can produce some very interesting results! Mega Wilds and 10x Multipliers spring to mind!

On top of all this base game action, there is also a free spins bonus round, triggered in the usual fashion and awarding Gold Spins, which are in essence regular free spins with a very increased chance of triggering the modifiers on each and every spin.

Check out the first two special features in the gameplay video below and the winning potential in the screenshots! 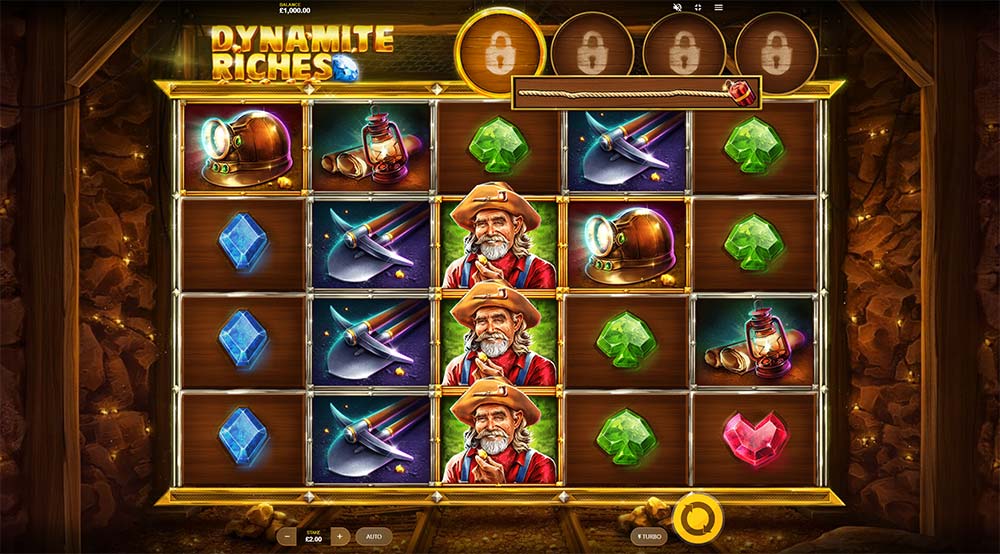 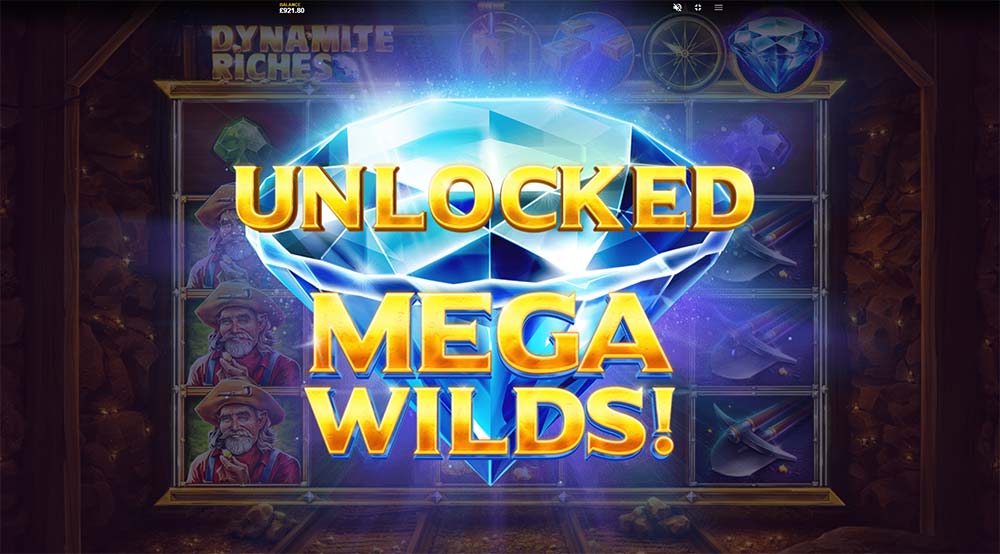 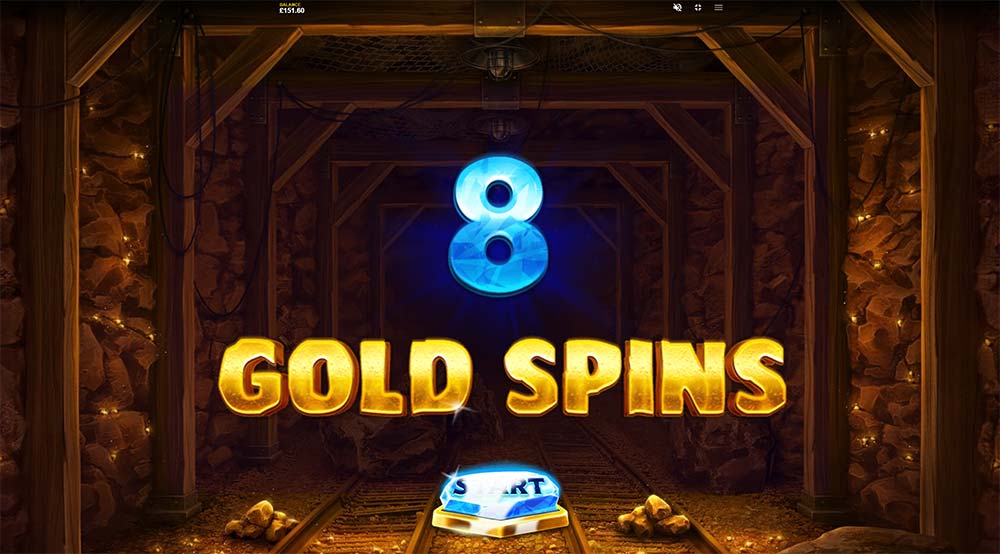 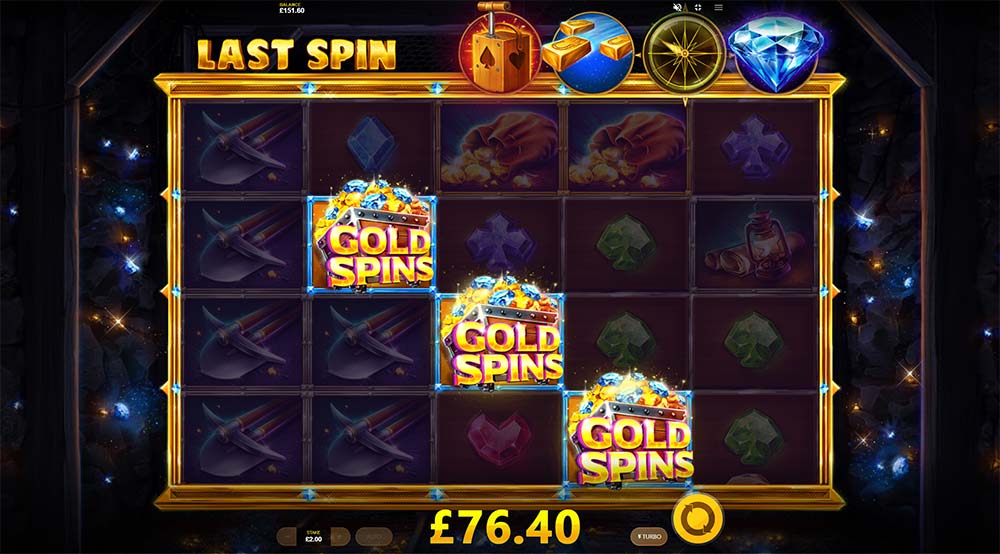 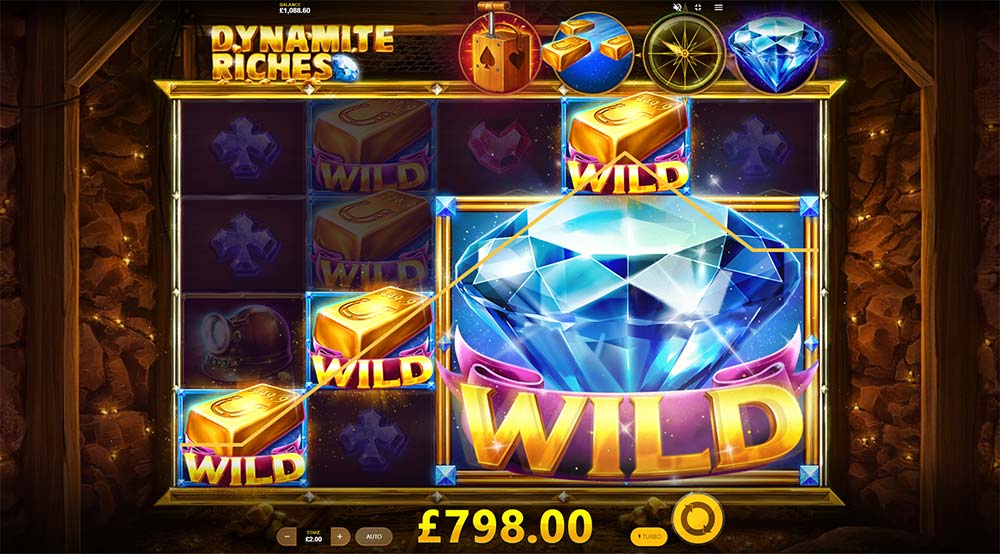 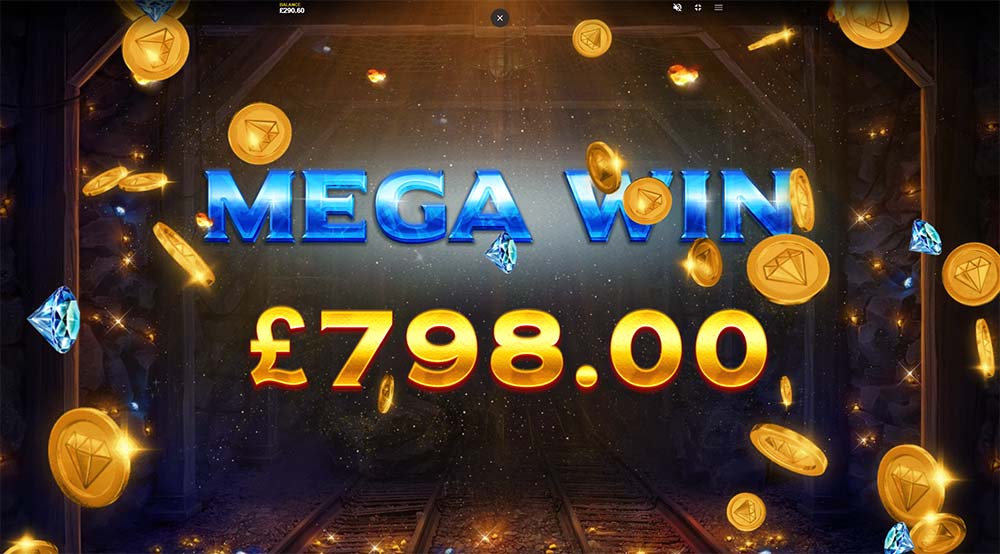 When you initially start to play the 4 mini-features will be locked, unlocking these requires the special Dynamite Wilds to land in view on the reels, this will slowly light the fuse until they blow up and features become unlocked one by one.

The Gold Spins feature is triggered by landing 3 or more scatters on the reels, awarding an initial 8 Gold Spins, during these spins you have a much greater chance of triggering the above features on every spin, with the possibility of re-triggers granting more spins too!

Dynamite Riches is a very interesting high volatile slot from Red Tiger Gaming, the unlockable features are a nice touch and really didn’t take too long to completely unlock, it has to be said that this is bet size specific so may frustrate some players!

There is no mistaking when these features are coming with a tremble, rumble and shake of the reels, the real excitement is when multiple features trigger at the same time. In our playtests, we actually had our biggest win from the base gameplay with a near 400x stake win thanks to a Mega Wild with a 7x Multiplier and added wilds at the same time!

Take note though that we did really struggle to initially trigger the free spins (over 500 spins!), the point we had to double-check the paytable to make sure there was actually a bonus round, further play over several hours did give us plenty more triggers though but it was a long wait the first one!

Overall a slot that should hopefully appeal to players who favour higher variance machines that are capable of over 1000x stake wins! worth checking out.