Emperor of the Sea Slot – Microgaming

Previous Next
Emperor of the Sea Slot – Microgaming

Emperor of the Sea – new 88 payline slot from Microgaming

32Red Casino has added several new Microgaming slots to their casino this month which includes Pollen Party and Emperor of the Sea, with a further release called The Heat is On, due for release on the 22nd of March 2017.

The Emperor of the Sea is a classic Asian-themed slot that uses a 5×4 reel layout and has a maximum of 88 paylines on offer, there are several other payline options available that include 38 or 68 paylines and these apparently are supposed to represent “fortune” in Asian culture.

It’s worth noting that the payline options seem pretty well hidden, but can be changed in the “BET panel” of the slot by clicking on this section then toggling through the various options.

The main focus in the base game though will be triggering the main bonus round, which is done through landing 3 or more of the scatter symbols, this is where the slot gets very interesting as along with special Growing Wilds you also have Rolling Reels added into the mix during the bonus. 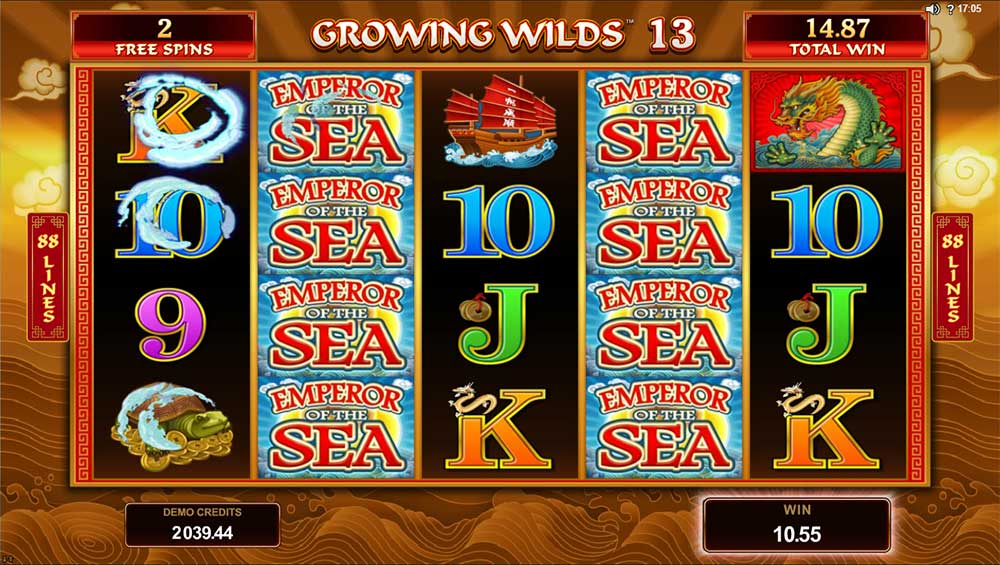 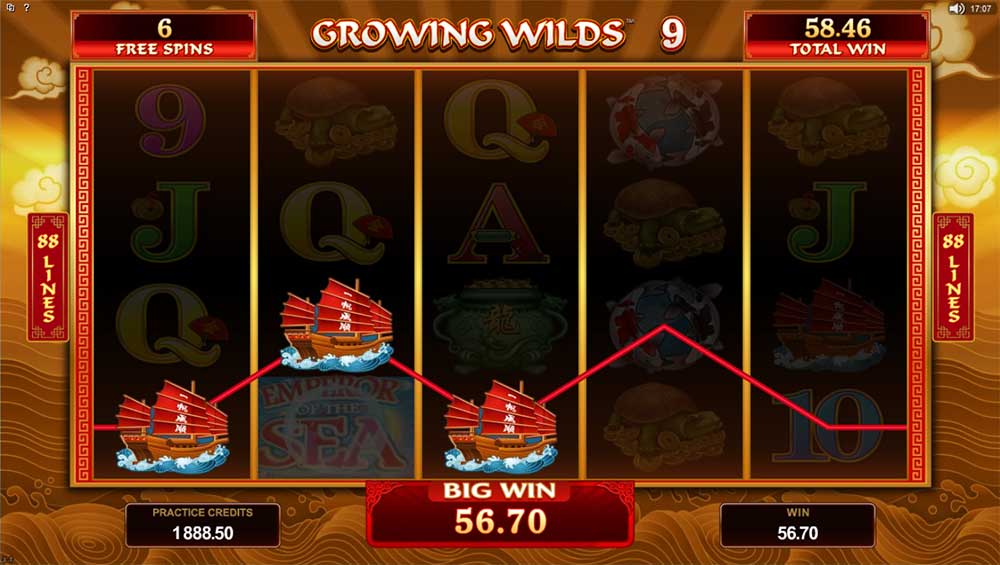 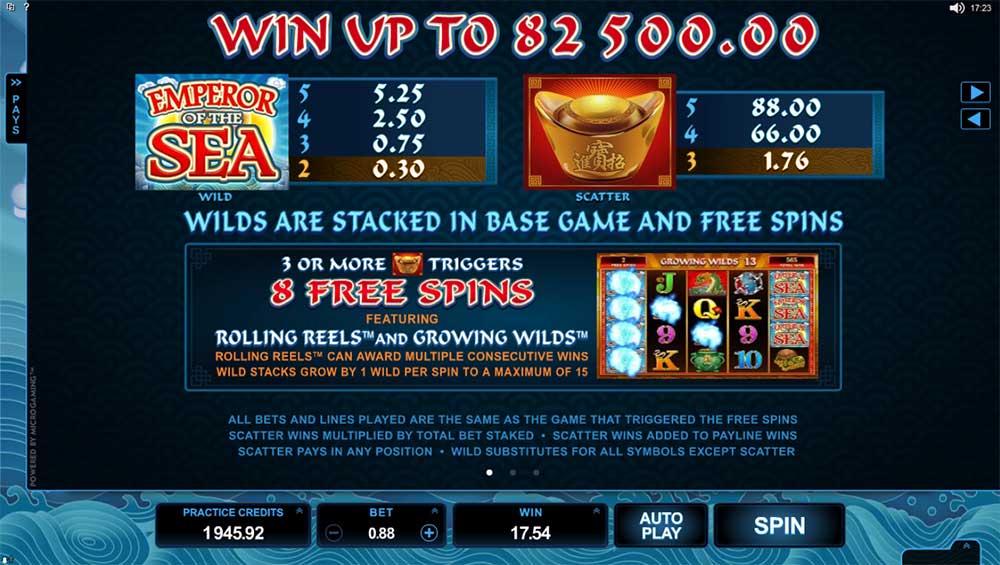 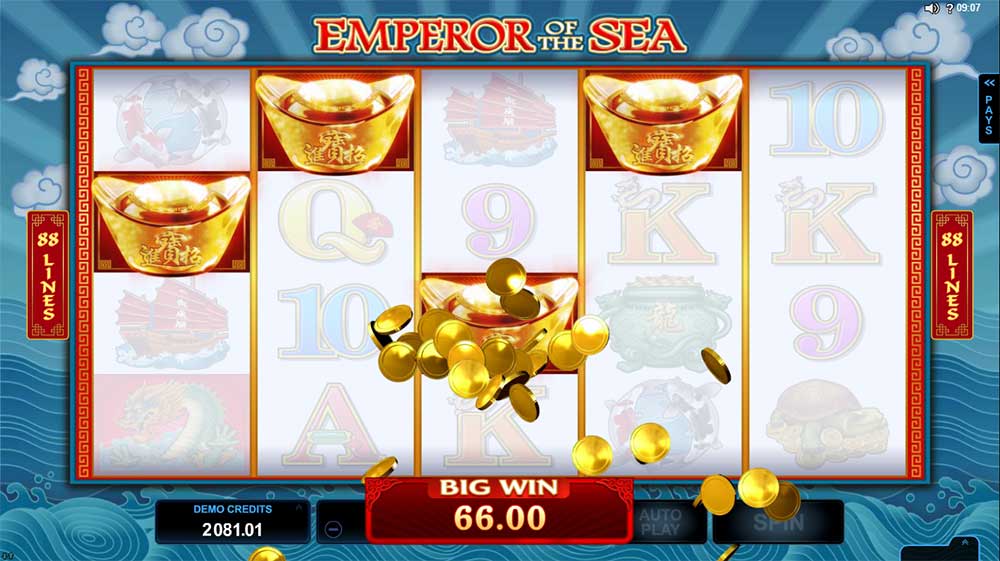 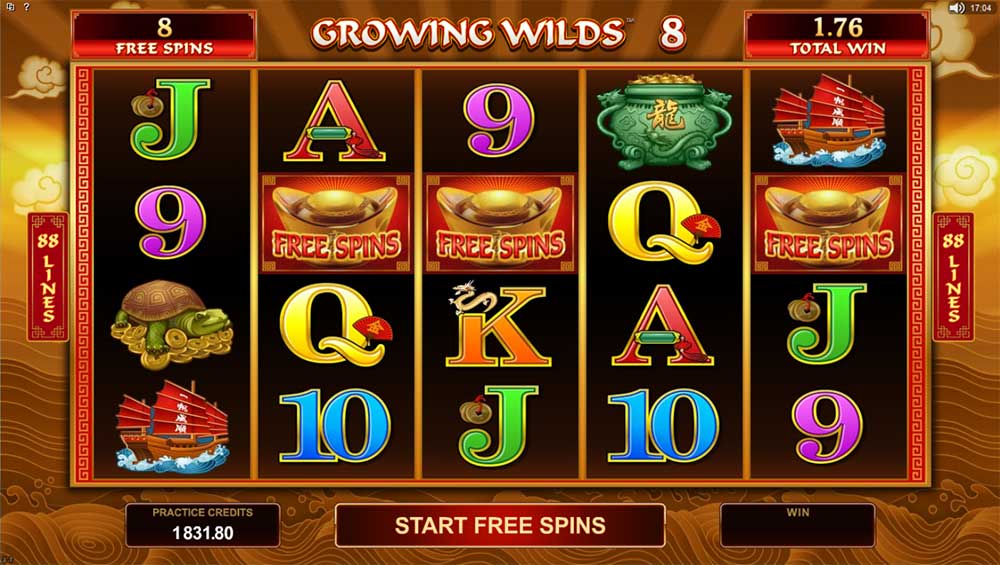 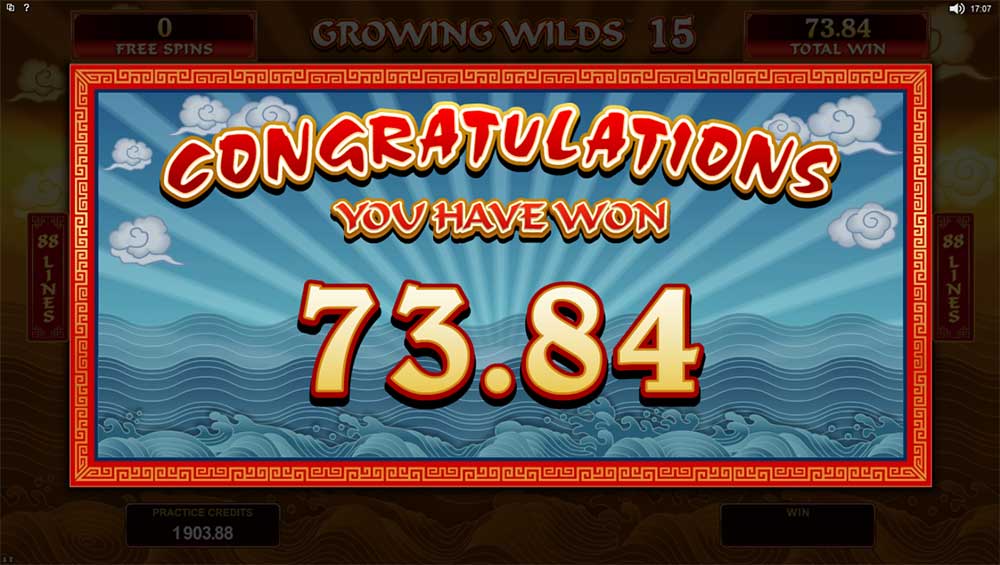 Once the main bonus round is triggered you are granted 8 free spins, during the free spins 2 features are activated that help to increase the chances of scoring wins.

By the end of the bonus round, you have some very heavily stacked reels, that can lead to multiple successive smaller wins, or with several fully wild reels landing together that can easily top 200x stake in 1 spin.

Of course, the dream hit will be 5 fully wild reels, that will tumble into the same win again, but we can dream on that happening!

Emperor of the Sea Slot

Overall not a bad release from Microgaming, the whole Asian theme is probably a little overused, but this is definitely a nice addition given some of their past releases.

The bonus rounds in our playtests seem capable of producing some decent wins and tend to be in the range of around 20x stake to well over 100x stake, with obviously much bigger hits on offer if you do manage to land several of stacked wild reels in either the base game or bonus round.

Definitely worth a look if you are a fan of stacked wild slots, that aren’t too volatile.