Review and Where to Play the Euphoria Slot From iSoftBet

We Check Out the New Xtreme Pays – Euphoria Slot From iSoftBet! With Up to 243x Multipliers!

Videoslots Casino has recently added the new Xtreme Pays series slot release from iSoftBet called Euphoria which is a regular 243-way machine with a very high volatility rating, fitting for the Xtreme title.

This bright and colourful machine has an array of high and low paying symbols including wilds, but it is the special multipliers that are the main attraction to this machine as their values can combine and multiply together up to a huge maximum value of 243x, the multipliers come in values of 2x and 3x but when multiplying together across several reels these can grow to huge values.

In the base game, there is a special Euphoria Spin feature than activates randomly with up to 3 multiplier wilds up to 3x being able to land in view, this results in multipliers up to 27x (3x3x3) in the base game!

The main bonus round is were the Xtreme potential really kicks in as during the free spins any multipliers that land on a reel is banked above each reel with the cumulative total displayed to the top right. Landing these multipliers on each of the reels during the bonus round acts like a re=trigger awarding 5 more free spins, initially, these are 2x multipliers, landing a second multiplier wild increases this value to 3x.

In theory, this gives a 3x3x3x3x3 maximum potential of a 243x Multiplier value which can produce some huge wins, especially if multiple winning 5 of a kinds land in view!

Overall this is a mix of some fairly standard 243-way slot action but the addition of such huge multipliers and a novel bonus re-trigger feature provides some new gameplay and potential to this machine! 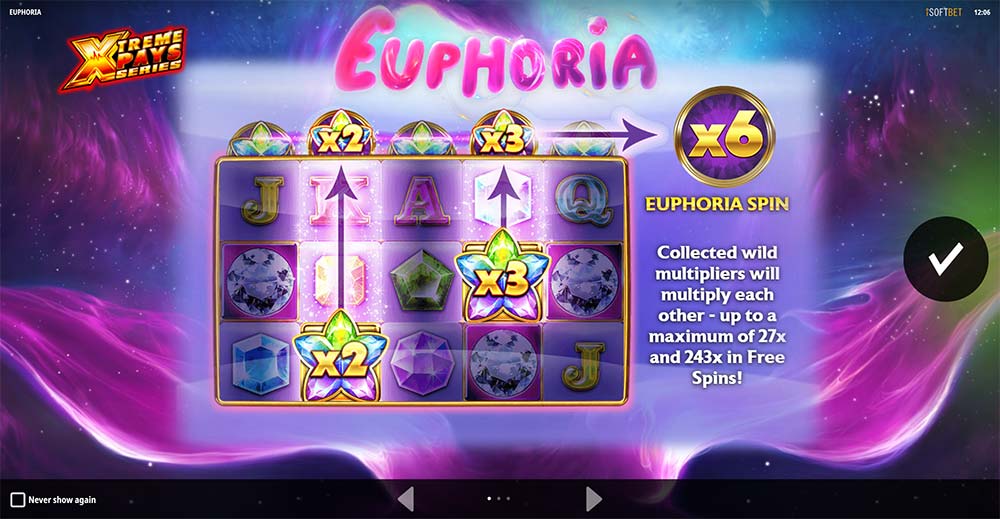 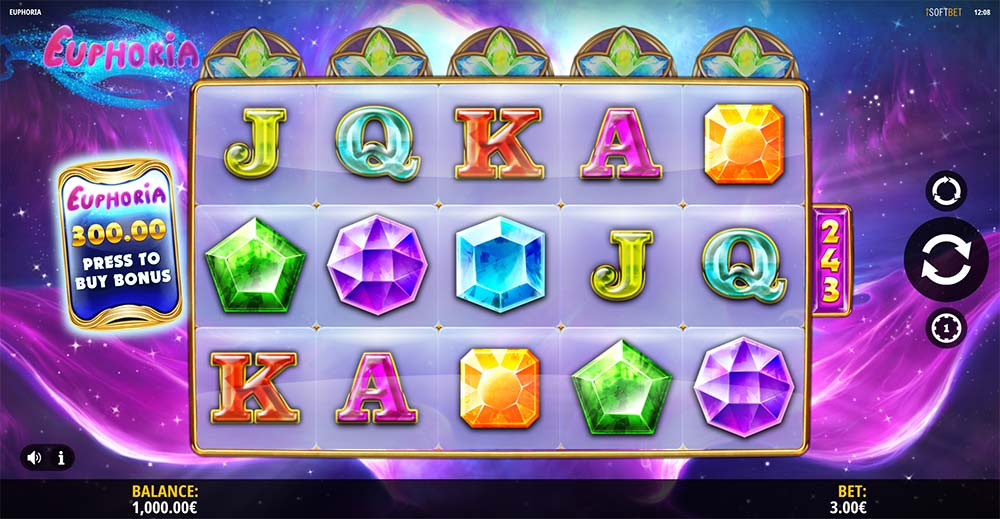 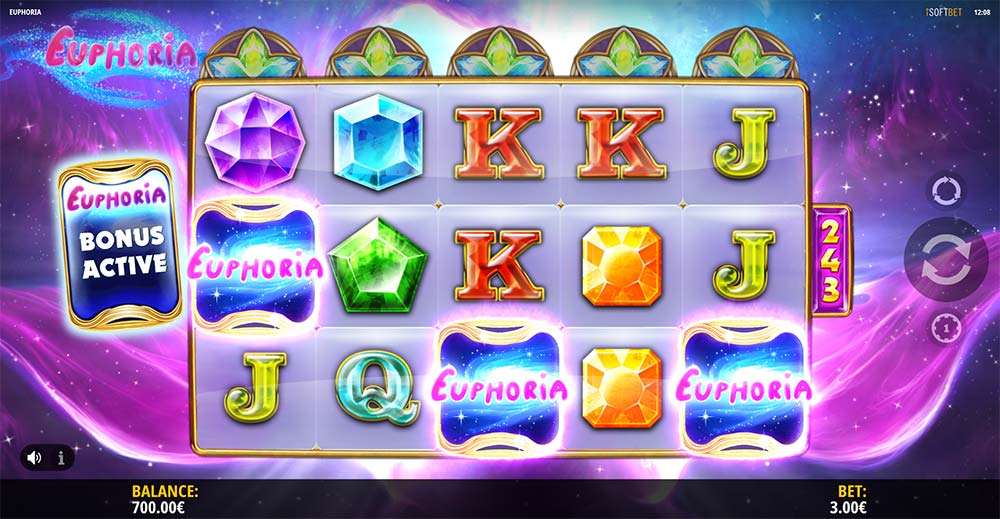 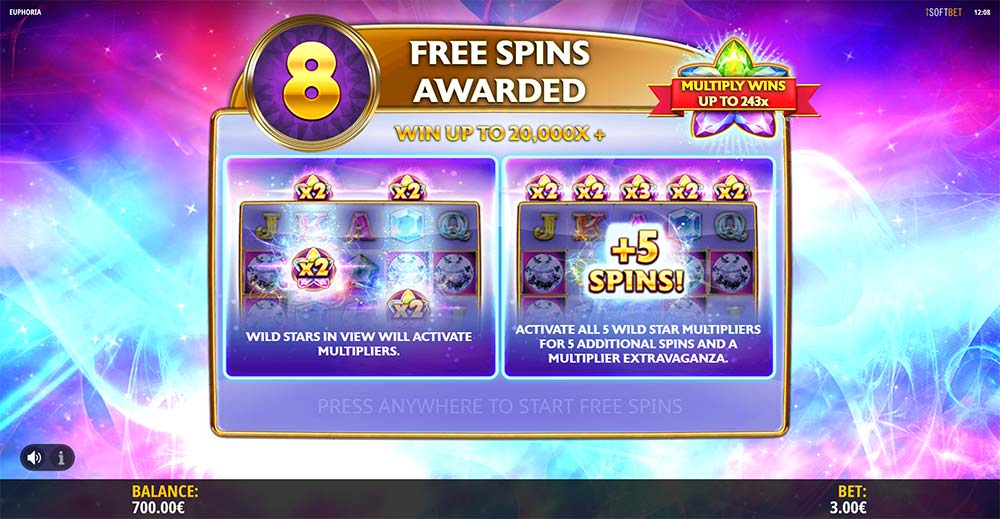 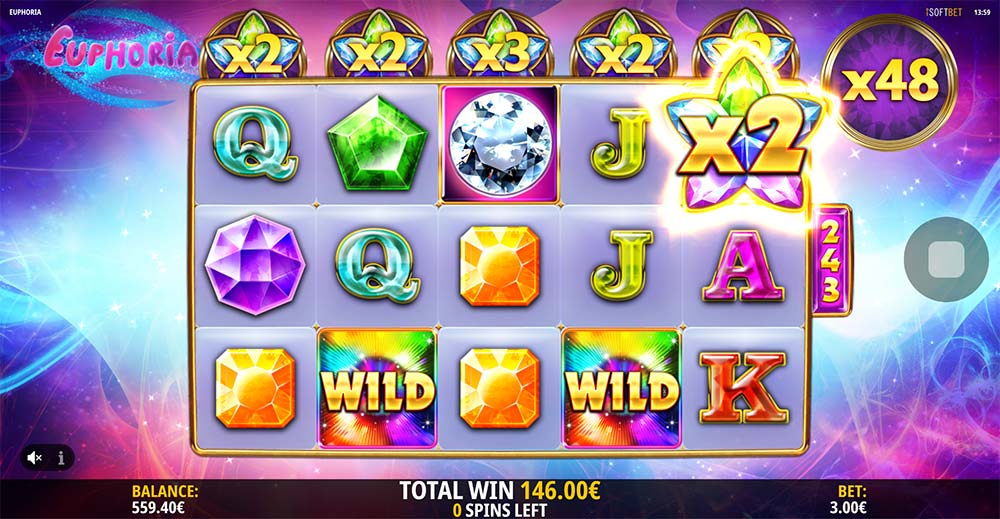 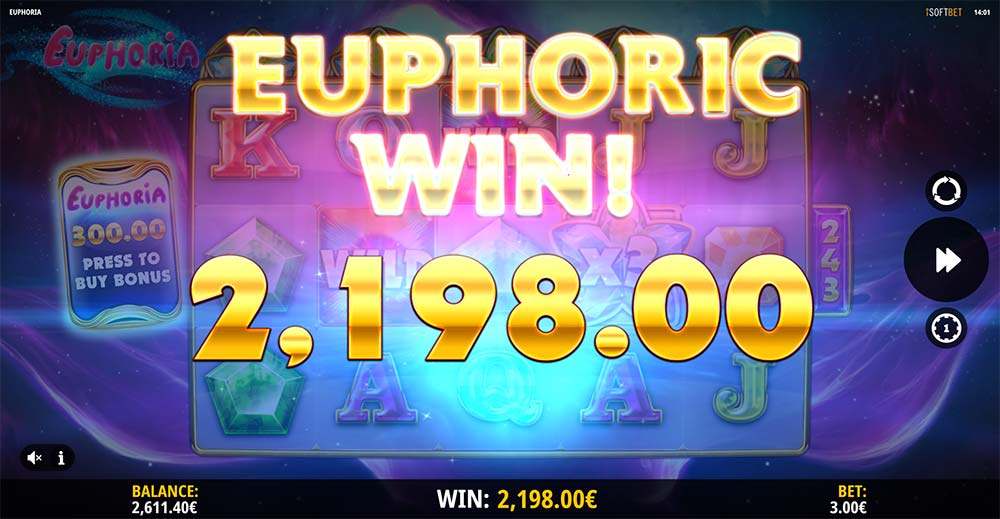 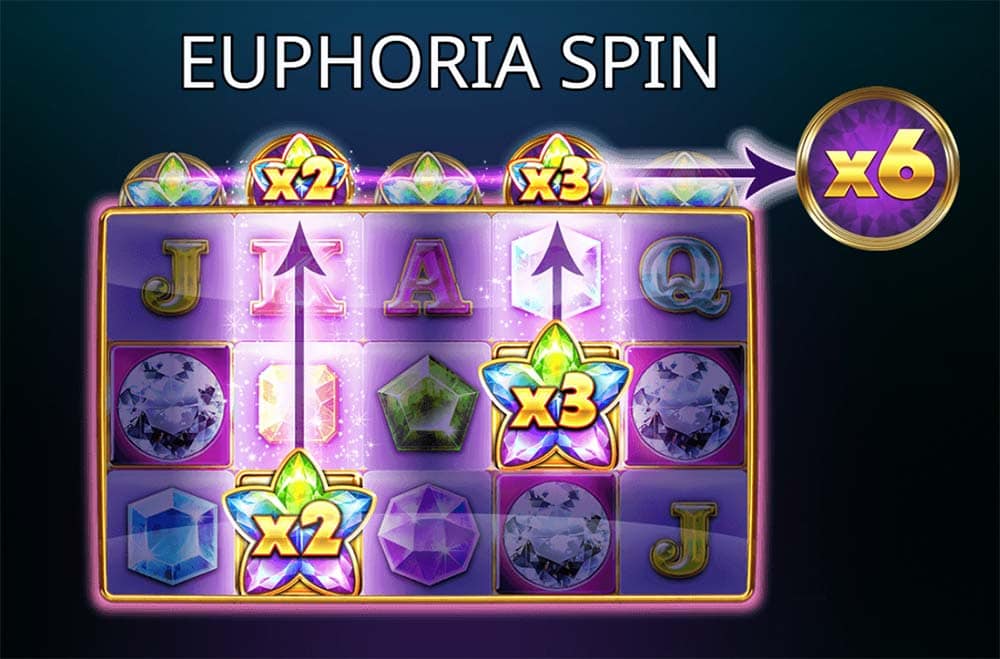 The Euphoria Spin can be randomly triggered in the base game, with up to 3 Star Wilds being added to the reels up to a 3x Multiplier each giving up to a maximum of 27x.

The free spins are triggered by landing 3 scatters on the reels and award 8 starting free spins, during the free spins all Star Wild symbols are collected when they land in view and permanently increases the multipliers that are applied to any wins. The current multiplier value is displayed in the top right corner.

If you manage to collect a star wild on each of the 5 reels then you are added a bonus re-trigger of 5 extra spins, the maximum multiplier value that can be attained during the bonus feature is 243x! 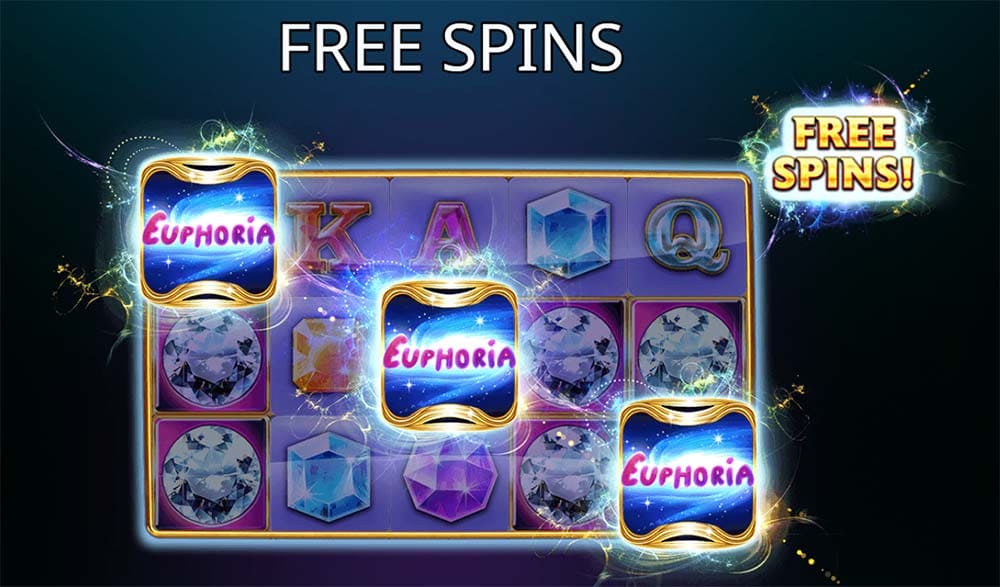 The Euphoria slot certainly lives up to its Xtreme title, the potential of 243x Multipliers and 243-ways is definitely going to attract players, even during our short playtest we managed to get 48x Multipliers and wins well over 400x stake with so much more potential on offer.

The re-trigger mechanic is a novel twist too and certainly, helps to build anticipation once several reels have collected a Star Wild symbol, well worth a play if you enjoy higher variance machines!