VideoSlots Casino has in the last week added a new slot from iSoftBet titled Forest Mania, which is an unusual 100 payline slot themed in an enchanted forest setting that uses colossal reel sets which most commonly have been seen on slots by WMS/SGi.

The reels are made up of a regular 5×4 reel set along with the much larger 5×12 colossal reels, giving a total of 100 paylines that is playable from just 0.50 credits per spin.

Forest Mania has no regular scatter symbols on the reels,  instead, it has some heavily stacked high paying symbols along with 3 cartoon style creatures which sit just underneath the main reel set.

On random spins during gameplay a fourth creature pops up and throws a coin down to them resulting in a fight, the winning creature then applies either Extra Wilds, Wild Reels or simply triggers the Free Spins Bonus round, in our playtests this mini-feature activates often, but the chance of triggering the main bonus is the rarest of these 3 features to trigger. 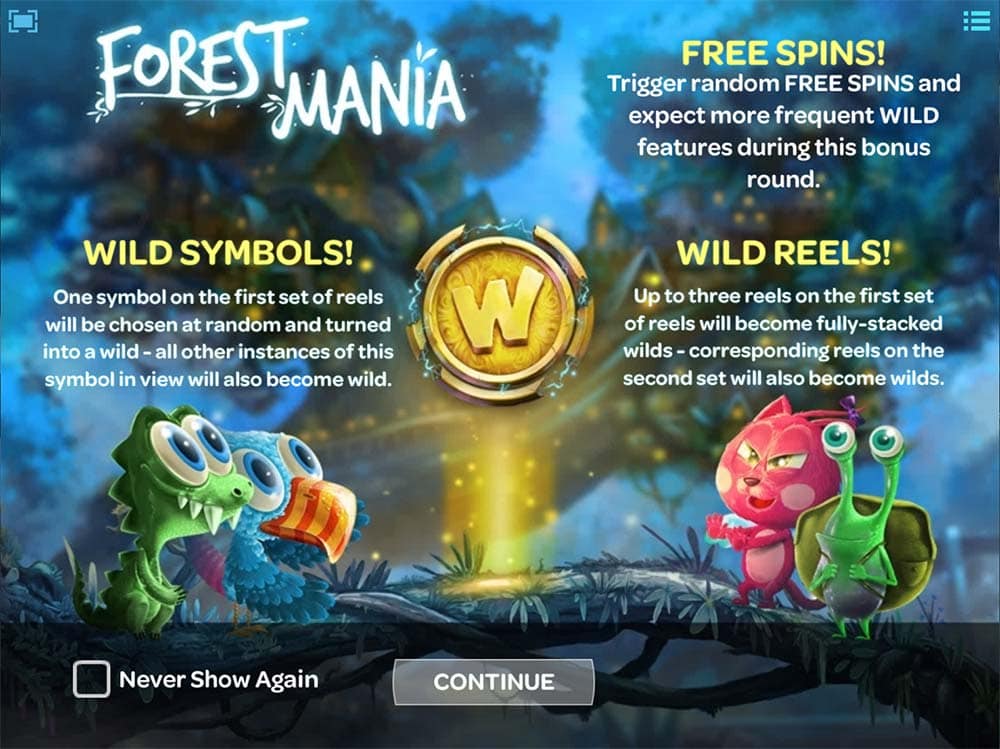 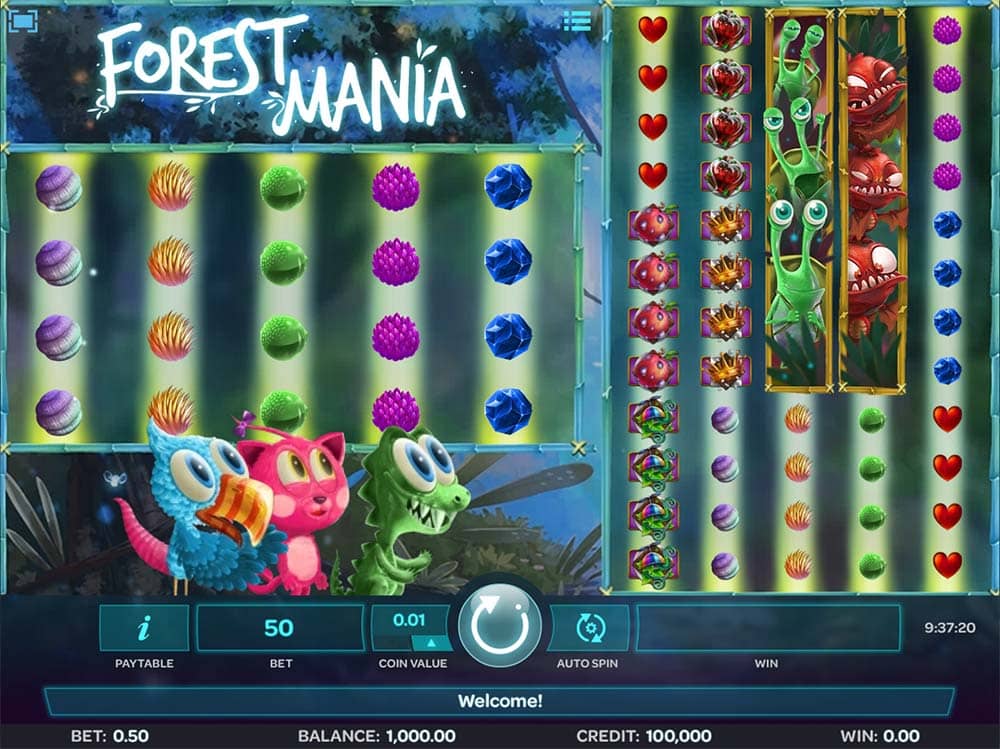 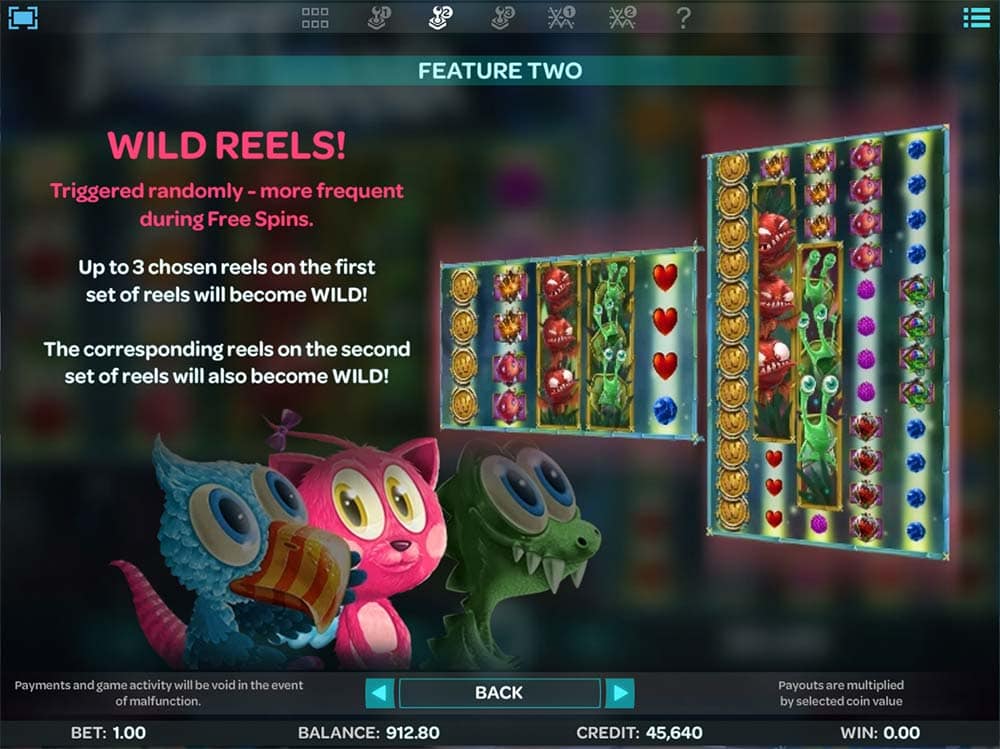 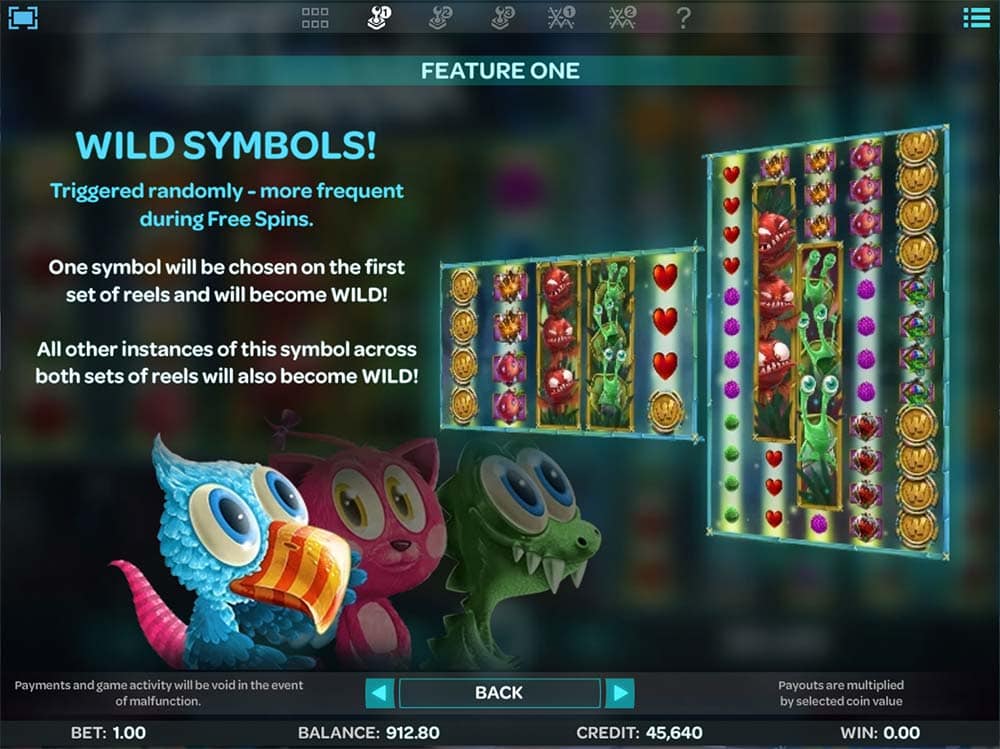 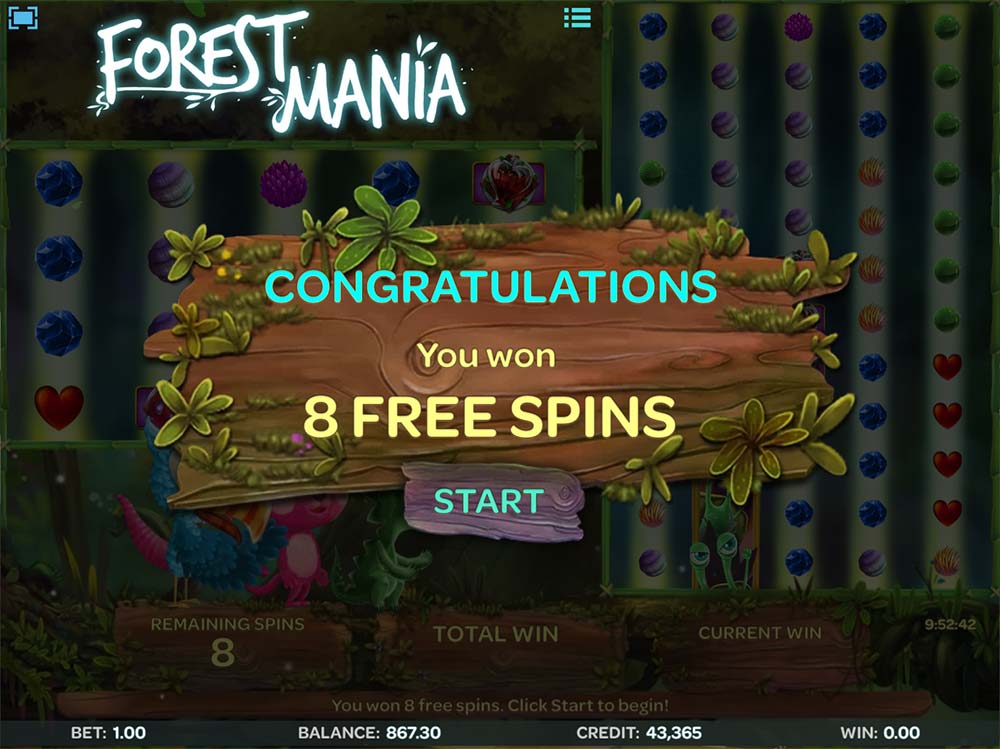 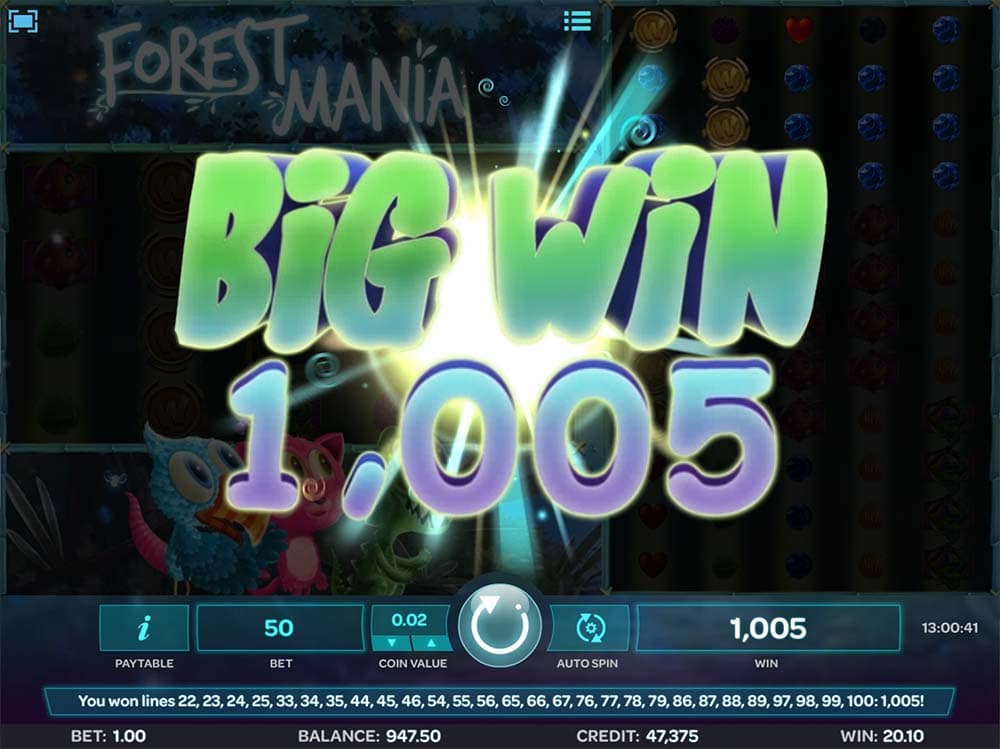 Forest Mania is an interesting release from iSoftbet, certainly something new from them, adding a colossal reel slot into their range. The visuals and sound are really well done along with the animated characters but with this comes some minor annoyances too.

The main bonus round is randomly awarded from the 3 creatures fighting, this then also randomly selects the number of free spins up to a maximum of 10, although it’s quite possible this could be as low as 3, which happened several times during our playtest, meaning the main bonus round is over almost instantly.

The second annoyance is the actual “fight scene” which is a nice touch the first few times it occurs, but after this point, it becomes an unnecessary delay whilst playing this game.

Worth checking out if you are more patient than us to get on with the next spin!