Review and Where to Play the IO Slot From ELK Studios

We Journey to Deep Into Space to Check Out the New IO Slot From ELK Studios!

Mr Green Casino will be soon adding the latest ELK Studios release titled simply IO, which is a space-themed tumbling reels slot out on the 2nd of June 2020.

The IO slot uses a familiar set of game mechanics that players will be familiar with if they have already played the Cygnus slot from ELK, whilst a number of subtle game mechanics have been changed in this release including the main bonus trigger, the core gameplay is quite similar with winning combinations being removed from the reels and the symbols tumbling down to rest in new positions, since the symbols are circular these can actually roll from reel to reel making this quite unusual.

The IO slot has a multitude of different mini features which can help to create winning combinations including Wilds, Wild Forge, Charged Wild and Lasers. These features add a variety of different wilds including multipliers, semi-sticky wilds and symbol removal which aids in creating new and bigger wins.

With the increasing number of winning ways after each win is created the base game does have some serious potential, especially when rising multipliers are present on the reels that increase by 1x each time a new win is formed. At the maximum, the slot will expand up to 8 rows and 262 144 ways to win

The biggest win potential, however, is from the free spins bonus round which is triggered by landing 3 Bonus symbols anywhere on the reels, but like many of the previous ELK slots, the bonus round can be incredibly hard to trigger too!

When the bonus round is triggered you are awarded 7 free spins where any of the Wild Forge and Charged Wild symbols are collected at the bottom of the slot after each spin. 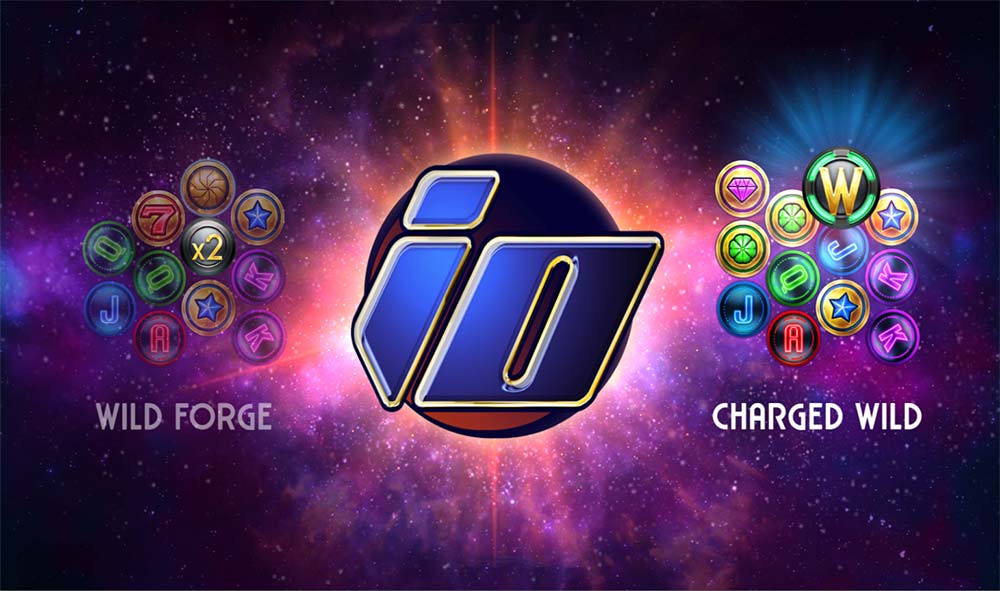 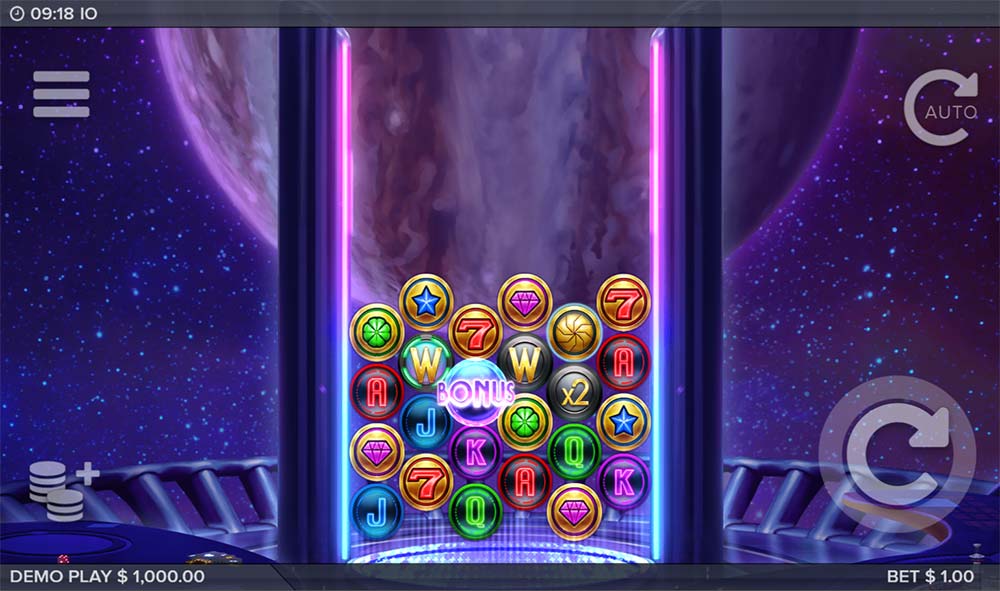 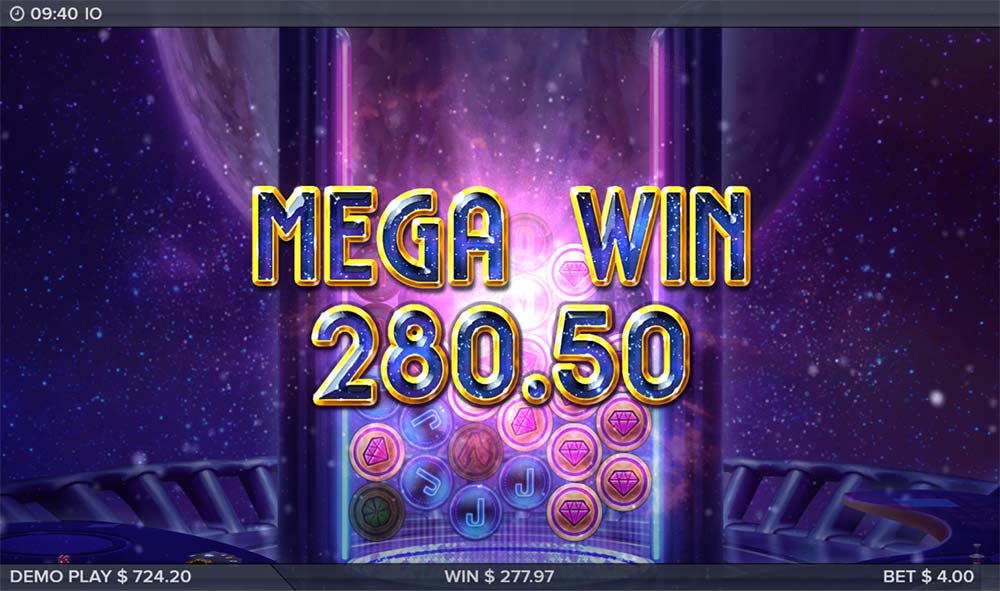 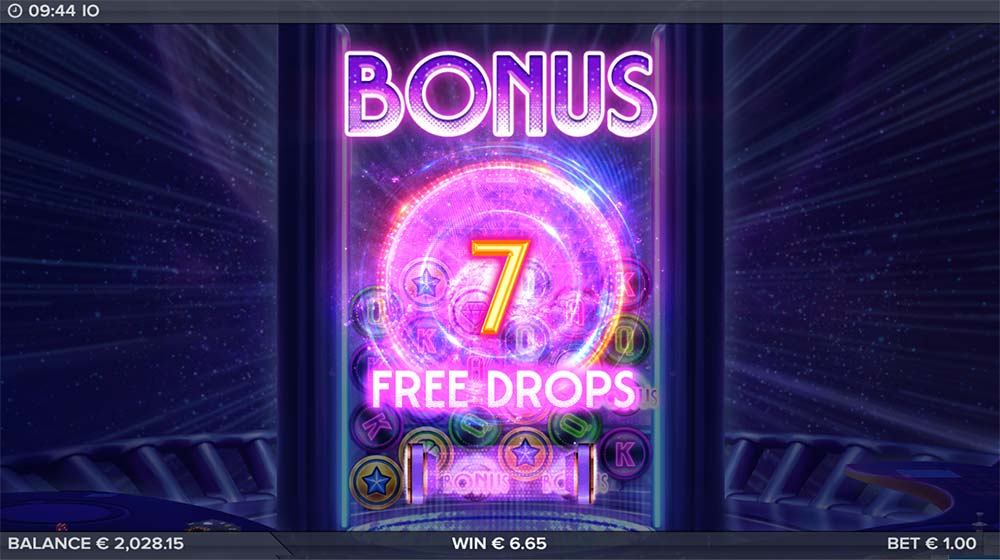 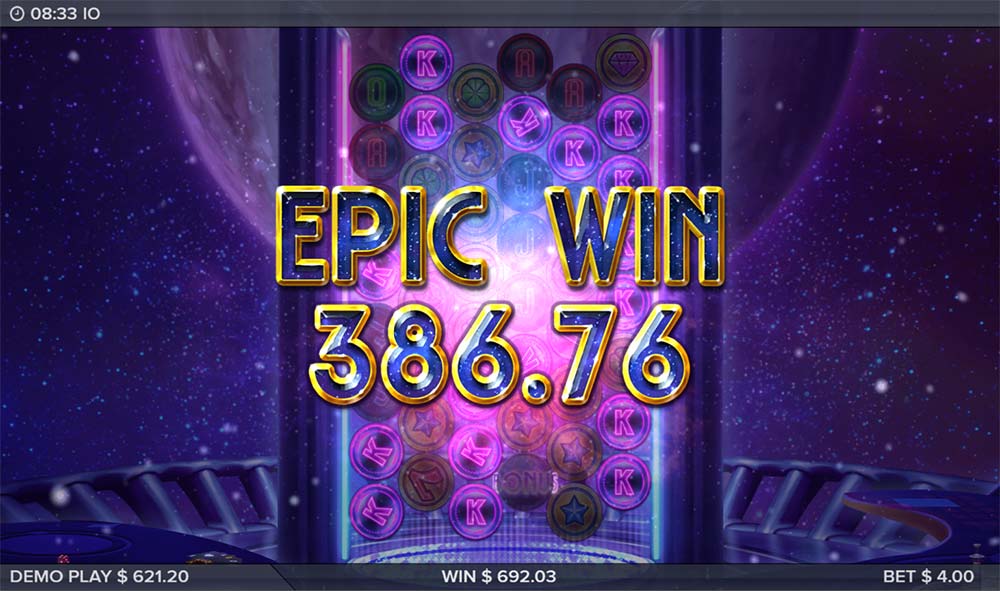 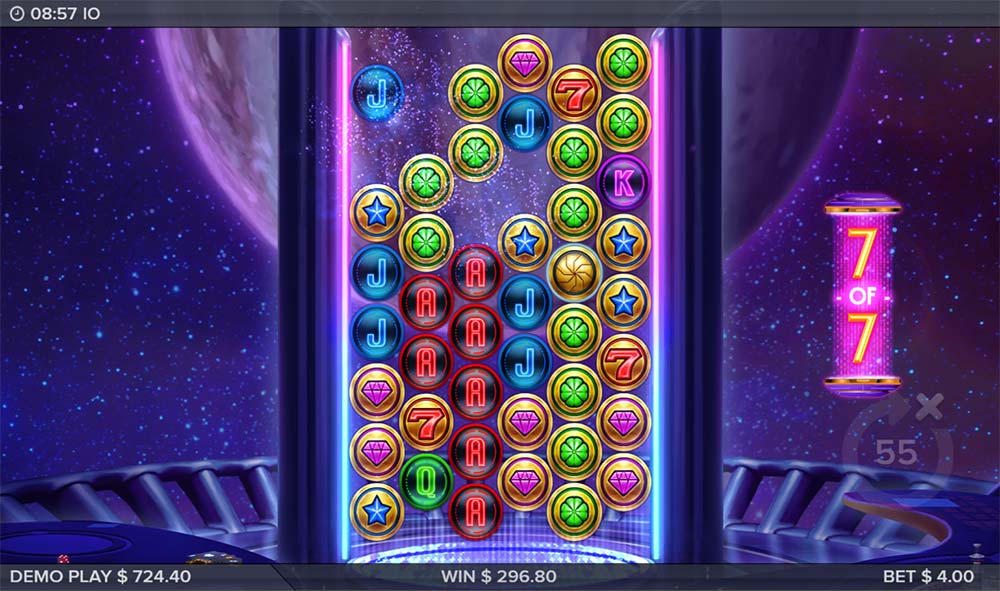 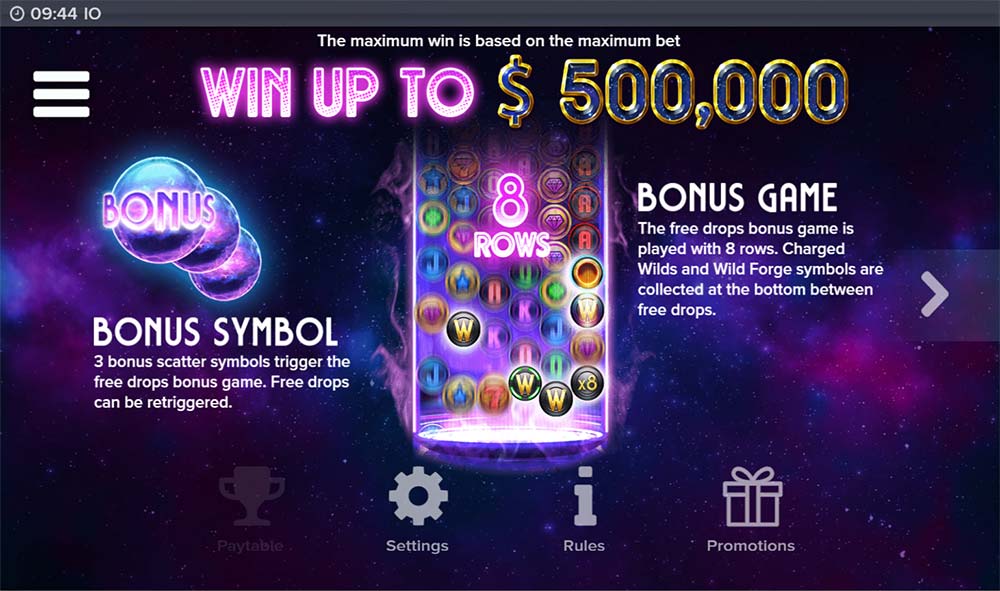 The free spins bonus round is triggered by landing 3 BONUS symbols anywhere on the reels and awards 7 free spins, during the bonus round any of the Charged Wilds and Wild forge symbols are collected at the bottom of the reels in between spins.

The IO slot from ELK Studios is a reasonable release if you enjoy unusual tumbling reels styled slots, there are numerous base special symbols that can interact nicely and this gives the slot some very good base game hit potential, the bonus round offers the biggest potential given the carryover of the special features, sticking around for the next spins.

The main issue we encountered during our playtests, however, was the sheer difficulty in triggering the main bonus round, ELK already has a reputation for harder to trigger bonus features and we really did struggle to hit the main bonus feature in our testing, to the point that it became a frustration in actually playtesting this machine.

You will definitely need to be a fan of ELK slots and be very patient or persistent in order to trigger the bonus feature, which for a lot of players may simply be too rare to continue playing this machine.