Climb the Beanstalk in the Fairytale-Themed Megaways Jack Slot From Iron Dog Studio!

LeoVegas Casino has recently added the latest slot from Iron Dog Studio titled Megaways Jack which as the title suggests is another Megaways slot that features the classic fairytale theme of Jack and the Beanstalk.

Iron Dog has done a great job of adapting the fairytale theme into a Megaways slot, whilst the reel strips contain all of the characters you will be familiar with, the gameplay and mechanics include climbing a beanstalk to trigger the main bonus feature, collecting magic beans and receiving extra bonus modifiers from the magic harp.

Disregarding the theme completely you have a Megaways slot with rising multipliers, megaways up to the standard 117,649 ways but the addition of a locking reel feature at maximum ways, similar to their very popular Pirate Kingdom Megaways slot.

In countries were bonus buy are still allowed there is also a unique bonus buy feature where you can buy a massive selection of different free spin options including the maximum starting free spins with additional Harp bonus features which comes at a hefty 240x stake cost to buy.

If you are playing the regular base game in order to trigger the bonus feature then you essentially need successive wins in the base game which climb the beanstalk by 1 position each time along with some magic beans landing in view on the reels which can boost the rate at which you ascend the beanstalk.

Triggering the regular bonus feature isn’t that difficult in comparison to regular megaways slots but reaching the maximum potential bonus trigger of 12 spins with extra Harps is a lot more difficult. 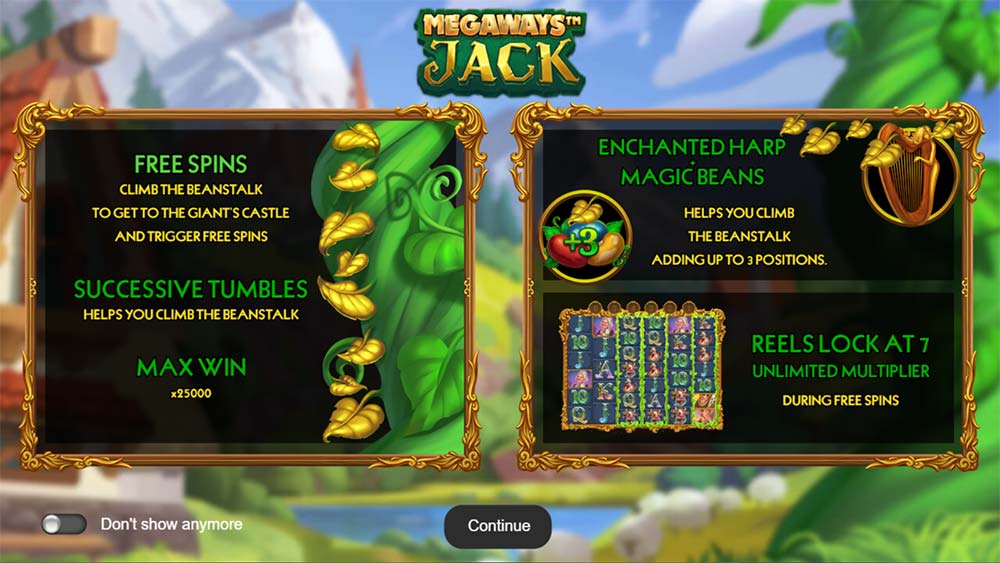 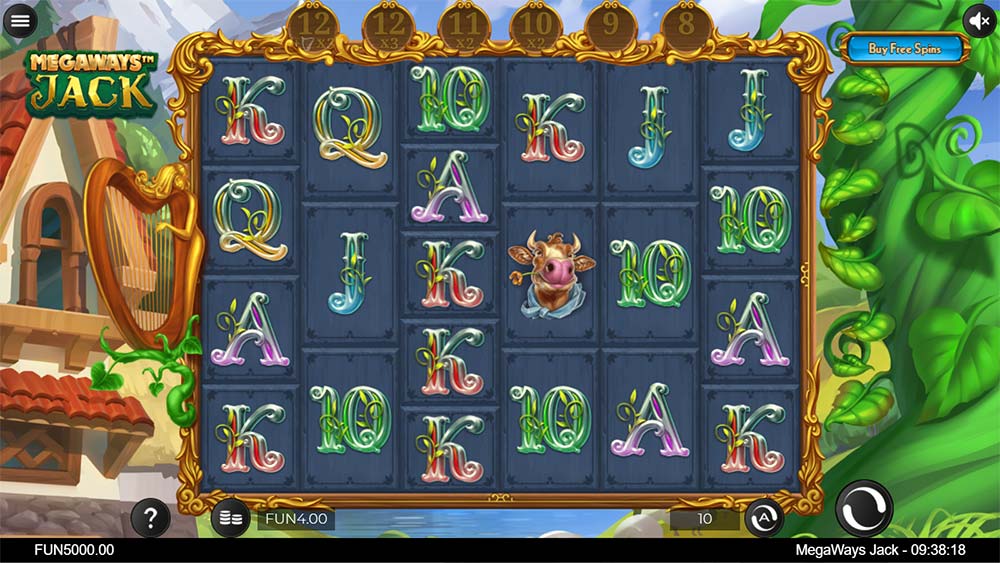 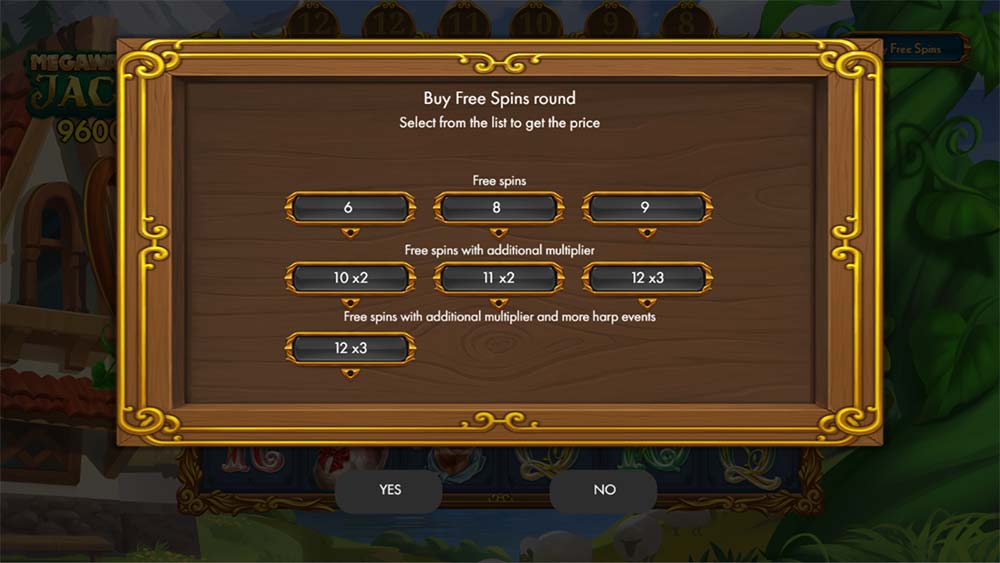 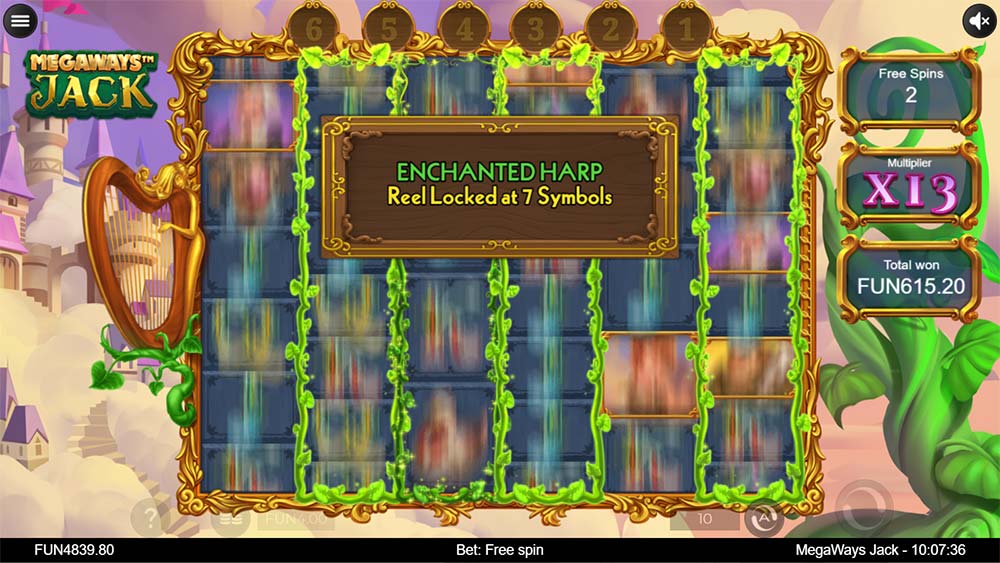 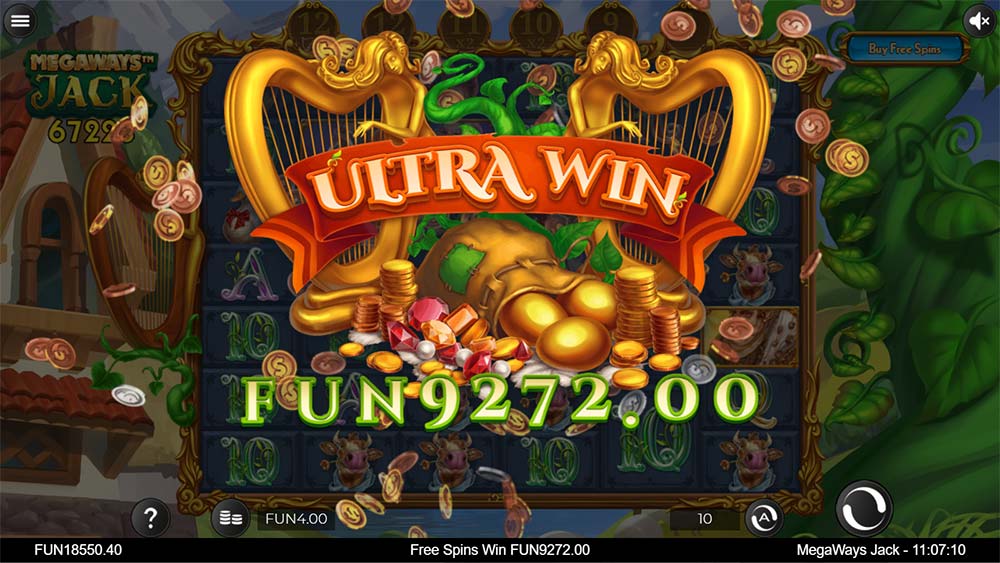 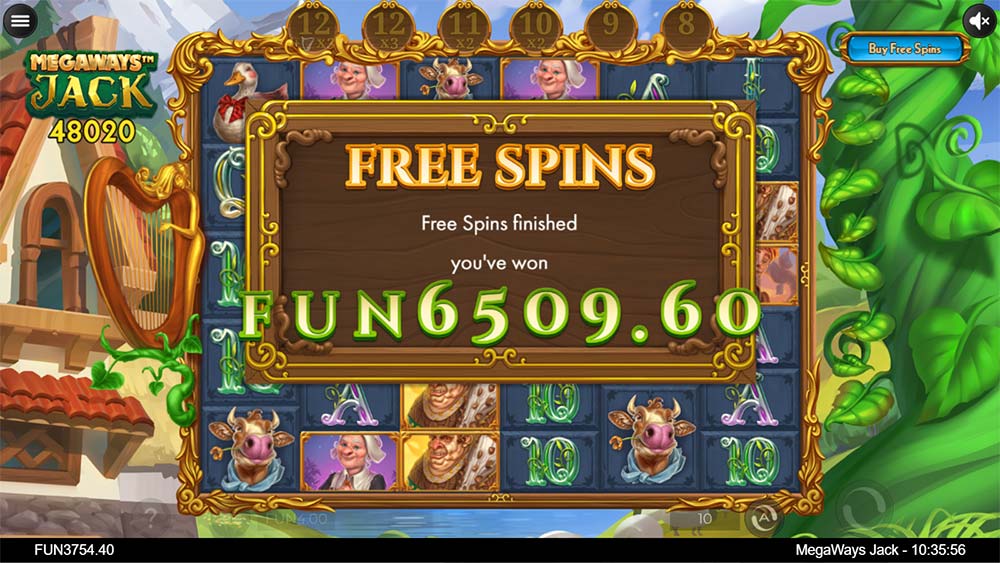 The Lady Harp feature will randomly activate will provide features that will help you make your way to the top of the beanstalk, including additional wilds!

These magical beans will help you race to the top of the beanstalk to win free spins granting anywhere from 1-3 positions up the beanstalk.

The free spins are awarded when you have managed to climb up to the top of the beanstalk, this is done via a combination of successive winning combinations, magic beans and harp feature.

Additional steps past the beanstalk award more starting free spins, multipliers and additional harp frequency during the bonus round.

The Megaways Jack Slot from Iron Dog Studio is another great release from them, using the instantly recognisable “Lock-it Reel” Feature we first encountered in the hugely popular Pirate Kingdom slot. The Jack and the Beanstalk theme has been done well will a novel bonus trigger mechanic that really fits the theme well as you ascend the beanstalk with each successive win.

Base gameplay and particularly triggering the bonus round can be difficult like most megaways slot, but having tested many bonus round features using bonus buy the rewards and potential are definitely there on this machine. In our playtests, we had bonus round features with anywhere from 50x up to well over 2000x stake using the most expensive bonus buy option which is 240x stake!

The reel lock mechanic ( max megaways) and many interactions from the harp feature really help to extend the bonus round and possibly win potential. With a max win of 25000x stake, this machine is definitely aimed at slots players who prefer high variance releases!