Battle the Creature of the Deep in Release the Kraken Slot From Pragmatic Play!

Release the Kraken is a 5×4 reel slot with 20 fixed paylines in the base game but this is increased to 40 paylines during the free spins round along with roaming sticky wilds and rising multipliers for each new wild landing in view during the bonus.

The base game feature very heavily stacked symbols on all the reels allowing for full-screen wins of the premium symbols which pay quite well given the 20 paylines along with wilds and of course the random base game features.

The Kraken modifier features in the base game include “Infectious Kraken Wilds”, “Colossal Kraken Wilds” and “Kraken Locking Wilds”, which add a mixture of wilds onto the reels capable of some decent base game wins.

The main bonus features require 3 scatters to trigger with the 5th reel deciding whether you get the Sunken Treasure (pick and click) or the free spins bonus round with roaming wilds and multipliers.

Check out the special features on offer in Release the Kraken in the gameplay video below! 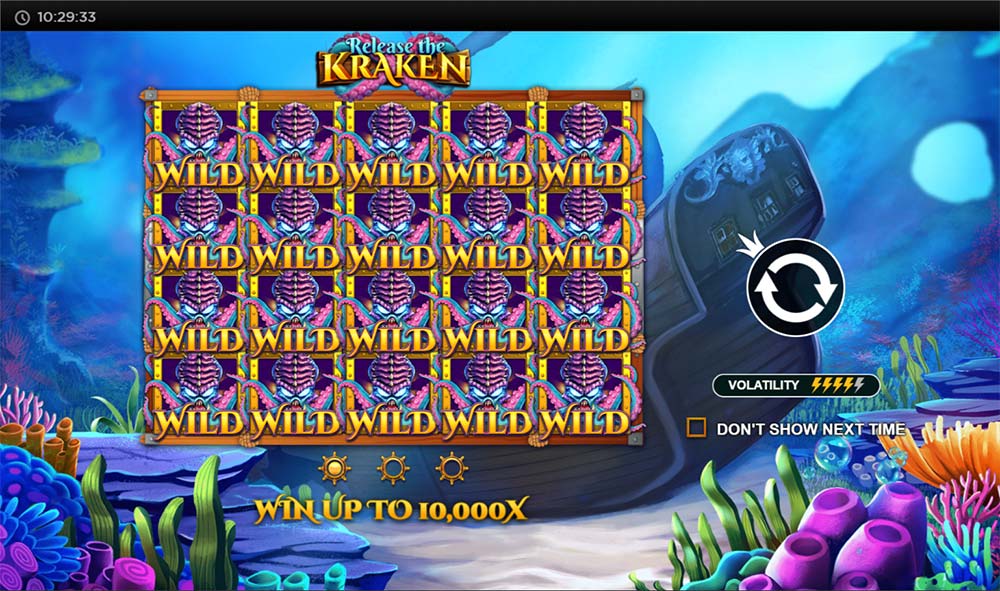 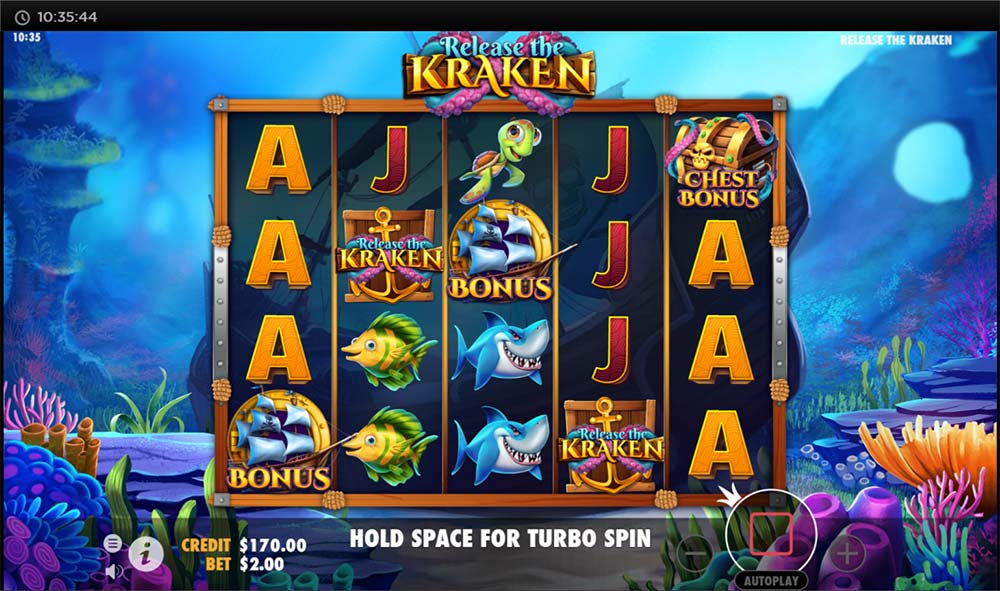 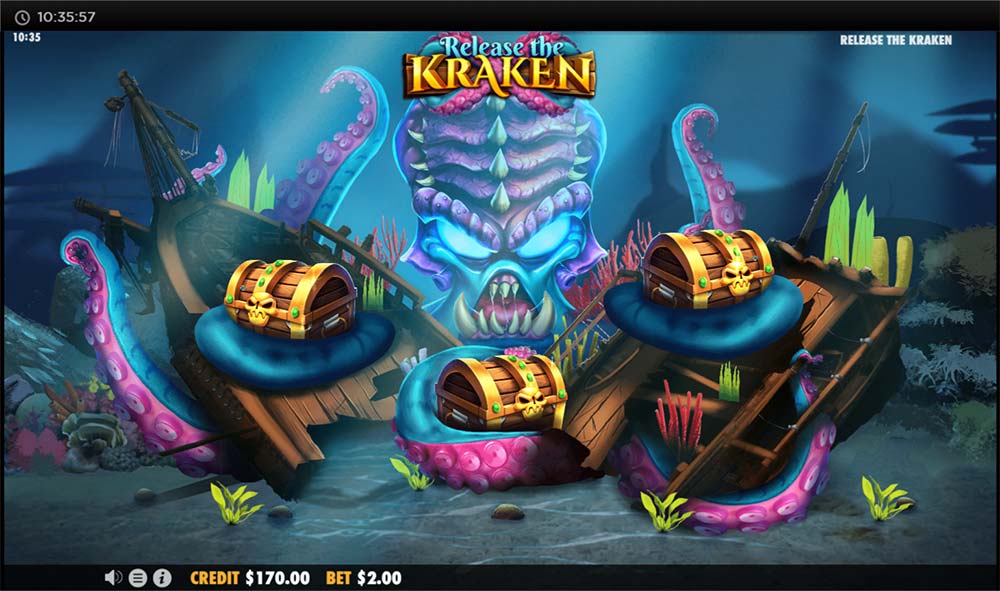 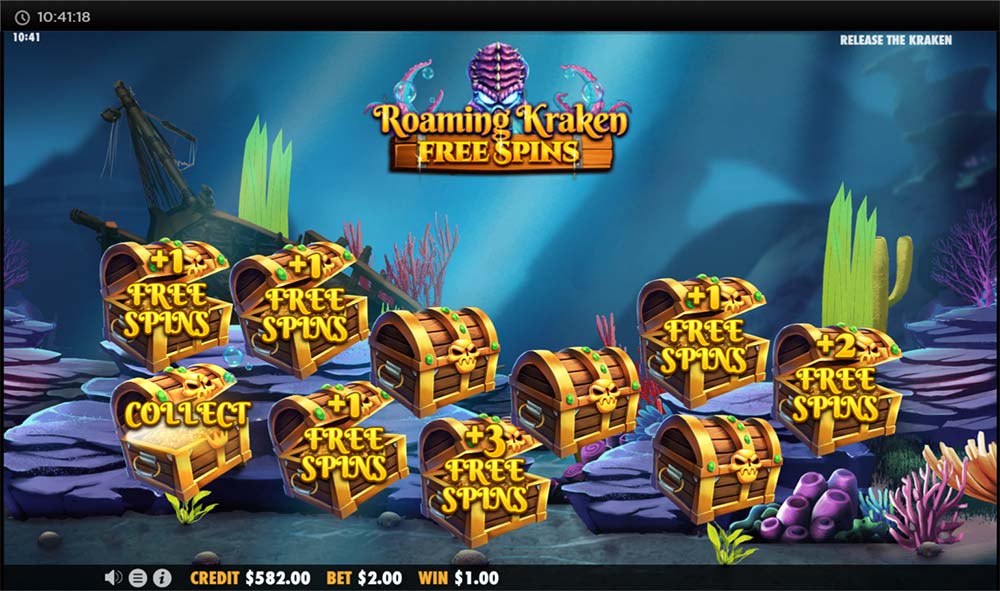 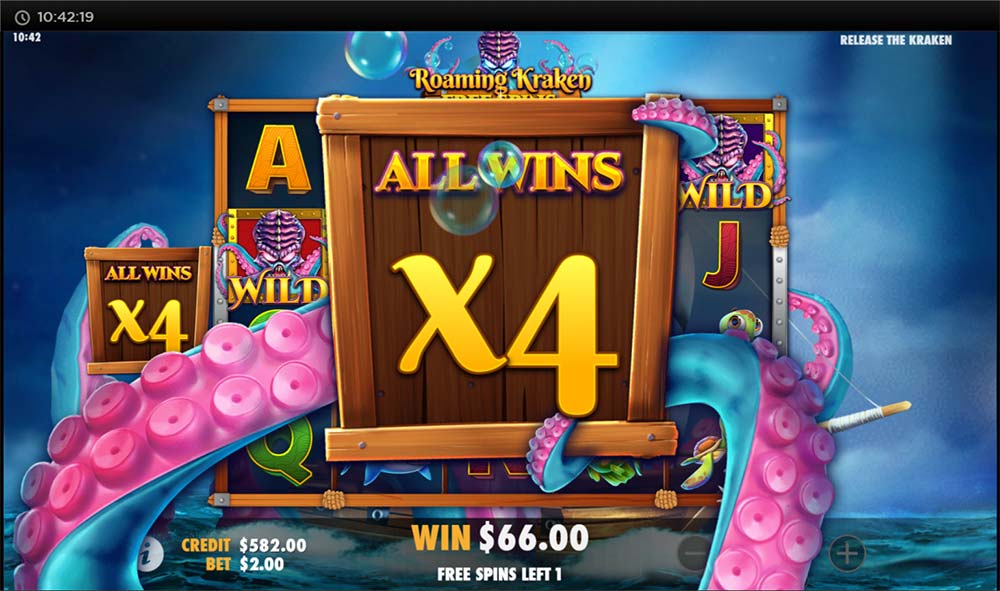 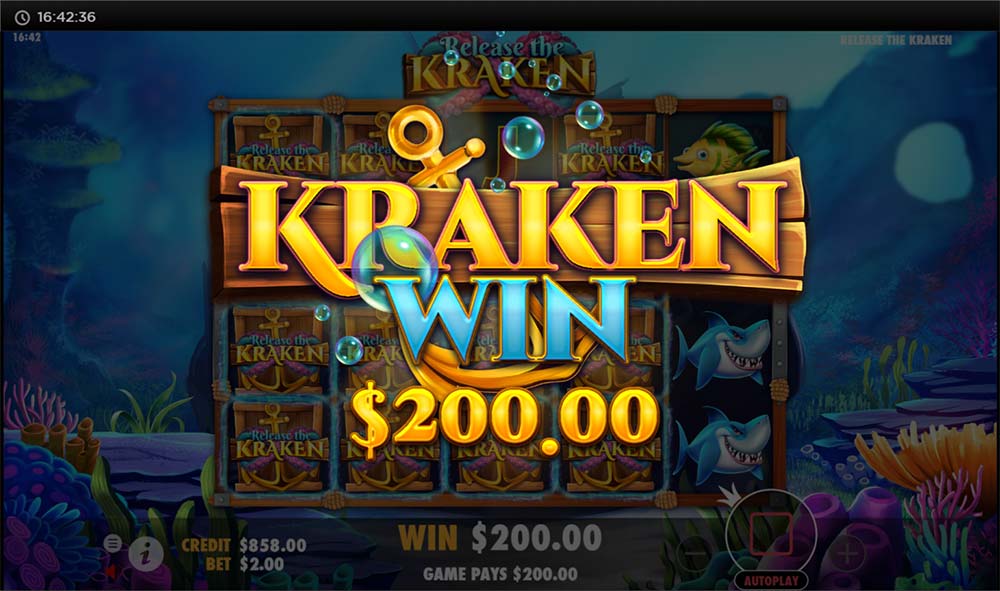 Randomly activated in the base game, chose from 3 tentacles to reveal of one the following features. 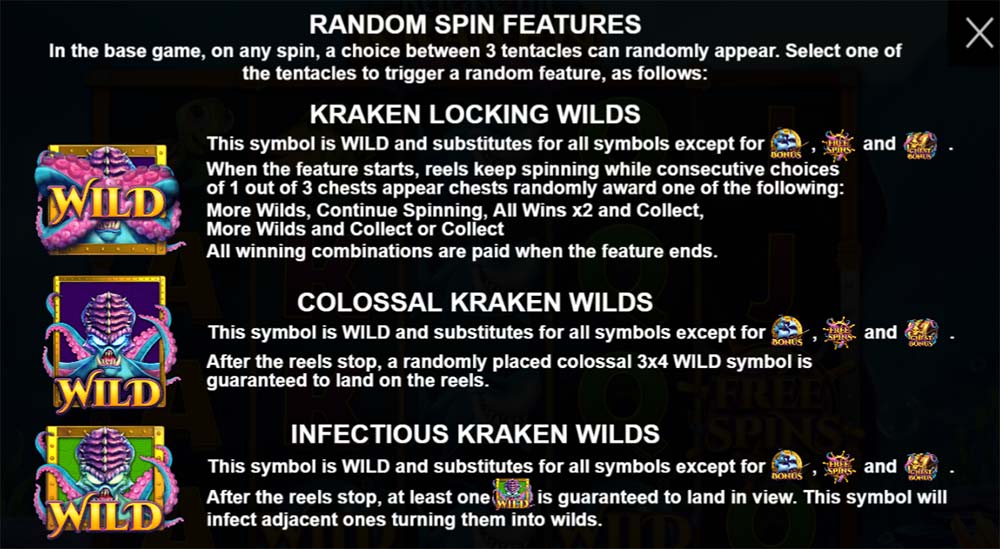 A simple Pick and click treasure chest bonus round until the collect chest is revealed ending the bonus round.

– Click chests to reveal your starting free spins, during the free spins every wild that lands in view on the reels becomes a roaming sticky wild and also increases the overall multiplier by 1 for each wild symbol.

Release the Kraken Slot from Pragmatic Play is a stunning slot graphically and is packed full of innovative features, the base game features activate quite regularly and do have the chance of producing some nice wins too given the limited 20 paylines in the base game.

The main bonus features, however, were a little disappointing in our playtests, the pick and click treasure chest struggled to produce wins over 50x stake, the free spins bonus round is very dependent on a good number of starting spins along with regular wilds landing to increase the win multiplier. Whilst we did manage wins of over 100x stake in the free spins we didn’t get any “Monster Wins”

Given the volatility rating and potential claimed on this slot we were quite disappointed to not see this slots full potential, or possibly it is more of a medium variance machine with rare insane win potential. Graphically we can’t fault this slot, the design and animations are superb but the overall feeling from playing this slot was a little disappointing given out initial excitement of the Roaming Sticky Wilds and Multipliers!