Help Get Christmas Back on Track With the Santa vs Rudolf Slot From NetEnt!

With Christmas fast approaching, Netent has just unveiled their seasonal online slot for 2019 in the form of Santa Vs Rudolf, an unusual battle between friends to get Christmas back on track starting with Santa getting his hat back…

Hello Casino has this colourful Xmas themed 20 payline slot already available to play at their casino. Ignoring the back story to this slot, the main features on offer are walking wilds which come from both directions granting lots of re-spins in the base game. An unusual trigger mechanic where the Santa and Rudolf wilds collide when they cross paths triggering the main bonus round, followed by 2 further triggerable bonus rounds that are reached by collecting a specific number of these wilds during the free spins.

For a seasoned slots player, this is might all sound familiar for a NetEnt slot, and that, unfortunately, is the case, as this slot really does seem to be a Christmas themed re-skin of the Invisible Man slot released back in 2014.

Whilst new players might not recognise this, unfortunately, we did and so it does make reviewing such a release difficult as you have literally seen it all before and know exactly what is in store, with a distinct feeling of disappointment that nothing new is on offer!

A low to medium variance slot, with very interesting mechanics that really could have benefitted from a bit more volatility!

Visually this slot is fine, if you never got round to playing the Invisible Man then you might have some initial fun on this release as long as you are aware that hoping for 100x wins are more realistic goals rather than some incredibly huge wins. 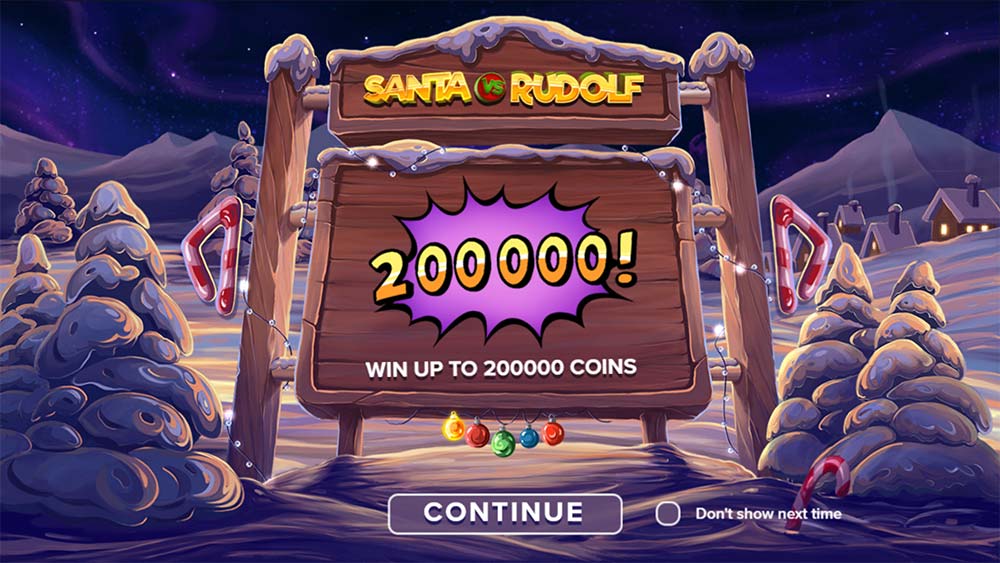 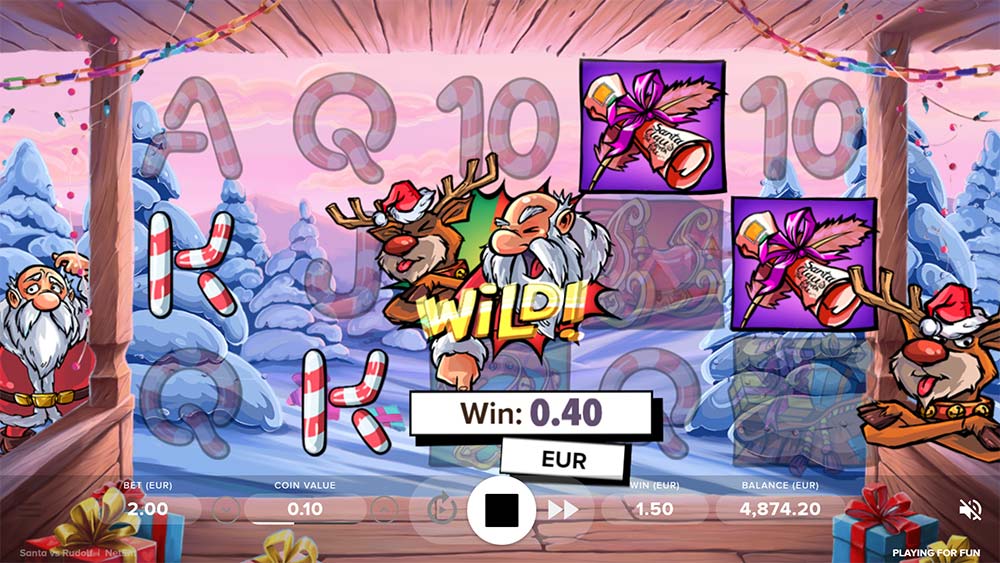 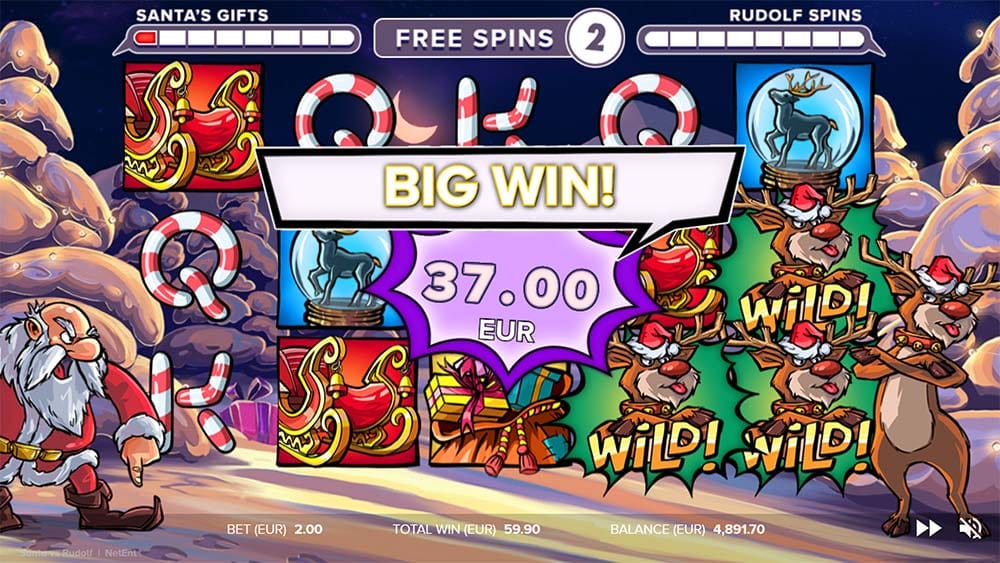 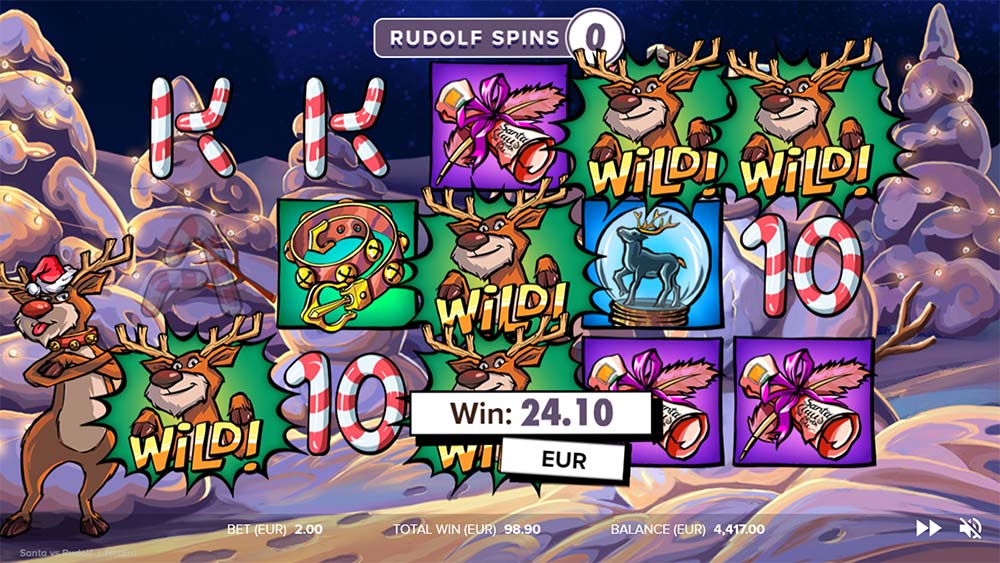 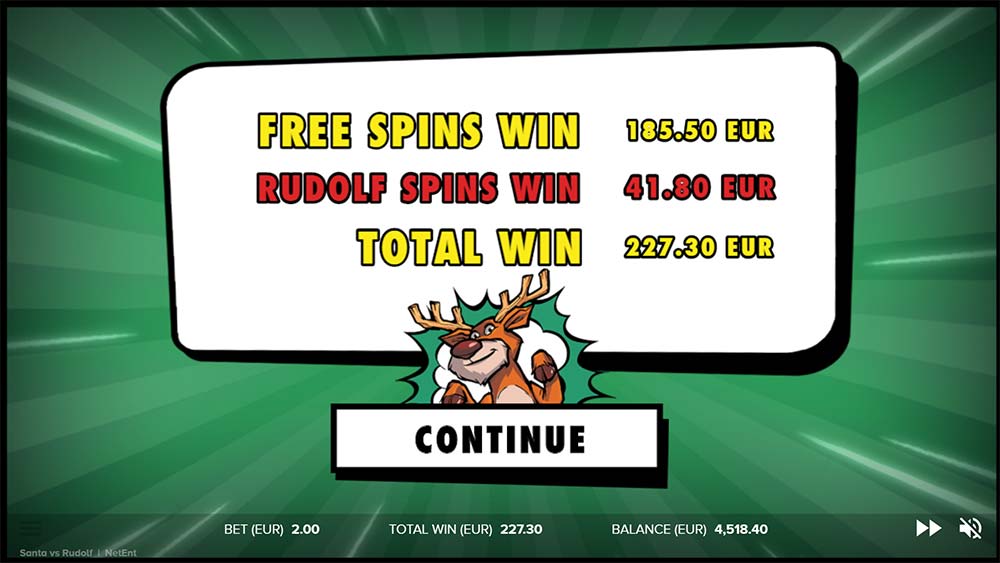 The special wild symbols appear on reels 1 and 5 in the base game, when they land in view they will grant re-spins of the reels and move one position across the reels on each spin until they move off the reels.

When the Santa Wild and Rudolf Wild collide into each other on the same horizontal position this will trigger the main free spins bonus round awarding 10 free spins, on rare occasions, you may trigger this several times granting up to 30 free spins.

During the bonus round the wilds can appear in any position on the reels and will still walk across the reels, collisions result in adding 4 extra spins, and when the wilds leave the reels they are added to the collection meters above the slot, filling one of these completely will trigger an extra bonus round at the end of the free spins.

The Rudolf Spins features awardes 3 spins with 5 added wilds being placed on top of the reels for each spin.

The Santa’s Gifts bonus round is a 3 staged simple picking round with cash prizes and multipliers up to 4x on offer.

As a standalone release, the Santa vs Rudolf slot is perfectly playable, the walking wilds are a nice mechanic along with the extra bonus rounds that can be triggered from the free spins round, whilst the variance and winning potential on this slot does seem to be on the lower side.

In our playtests, we had bonus rounds in the ranges on 10x stake to over 100x stake, and these included the ones that managed to trigger the Santa or Rudolf extra features, definitely slightly more potential to this slot but it’s not going to hand out huge wins like a high variance machine.

The main issue we did have with this machine was that we recognised it instantly to be a re-skin of the Invisible Man slot and as such we already knew exactly what to expect from this slot and how every bonus feature worked, so apart from the new graphics, it offered us personally nothing new!