We Travel to Atlantis in Search of the Legendary Shield of Athena Slot From Play’n GO!

Unibet Casino has recently added the latest slot from Play’n GO titled Rich Wilde and the Shield of Athena which sees the return of the intrepid explorer Rich this time with his daughter Cat Wilde.

The theme of this slot focuses on Greek Mythology with the Shield of Athena and Medusa’s Gaze playing a big part in this slots special features, with Rich Wilde acting as the Wild symbol and Cat Wilde acting as the scatter and symbols such as the Helm of Athena, the Ring of Wisdom, the Pendant of Courage and the Golden Owl making up the main slot symbols.

The main special feature to this highly volatile machine is the Medusa Gaze – Respins, where the symbols are converted into special sticky wilds and winning combinations are held on the reels with respins awarded, this respin process continues as long as new symbols that form wins land in view.

It’s worth noting the special Shield symbol increases in value when it is held as it is converted into a wild symbol and with just 10 active pay lines the payouts for a complete wild line on this slot can be huge, as such this slot comes with an incredibly high variance rating. 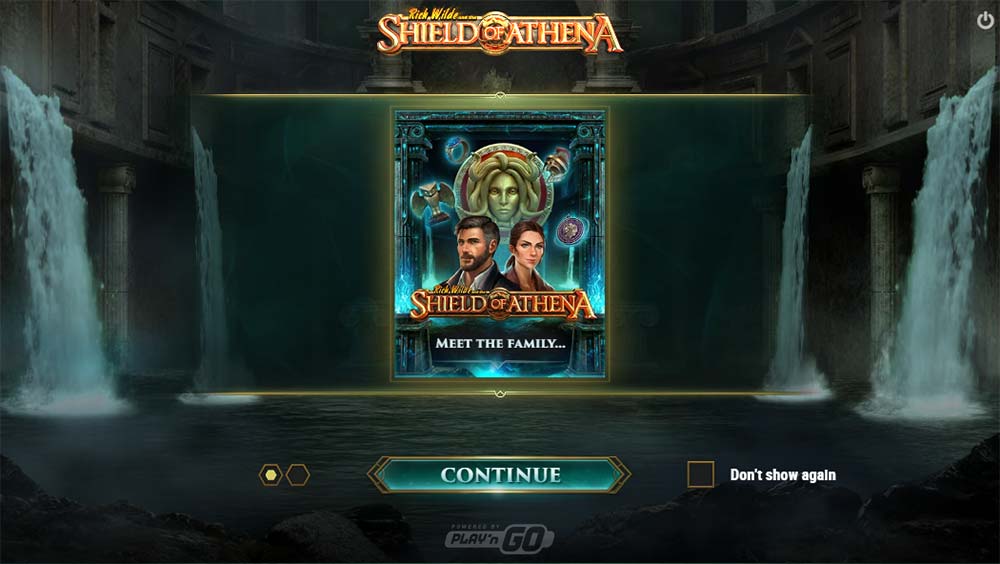 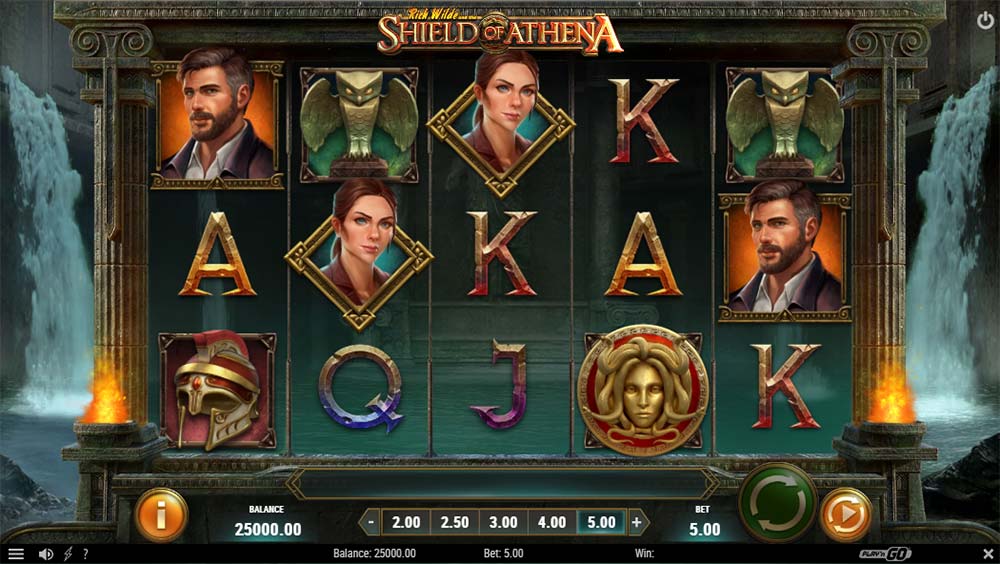 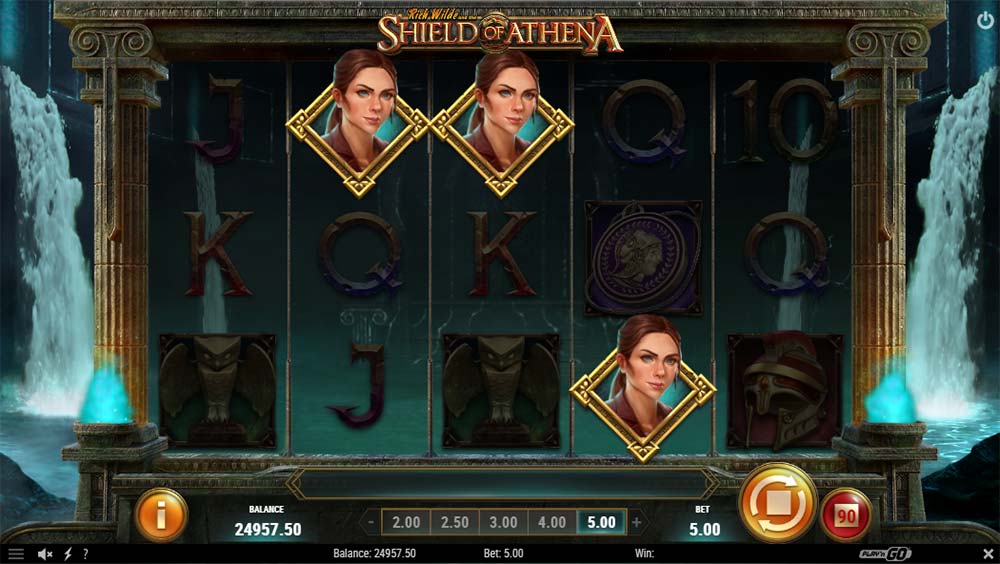 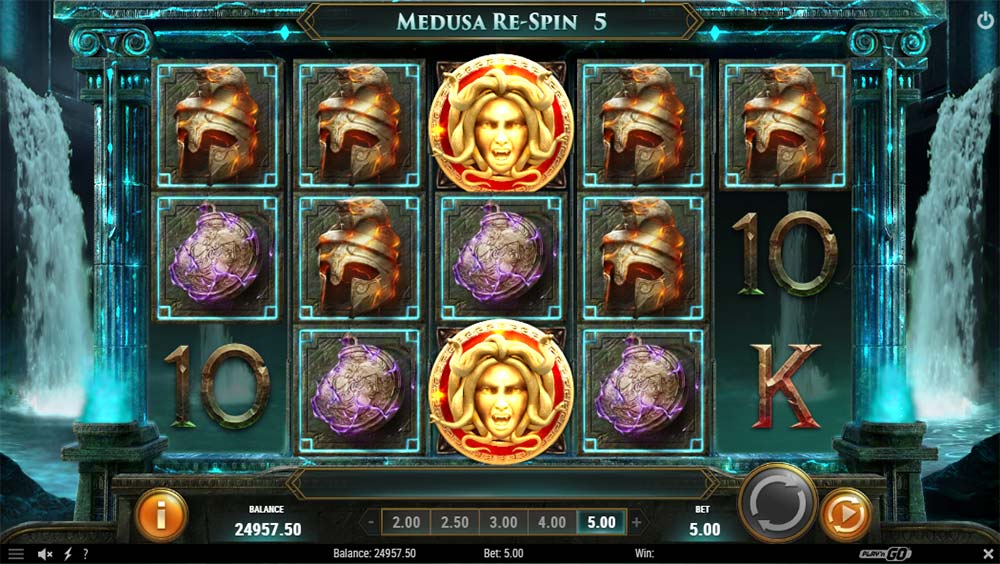 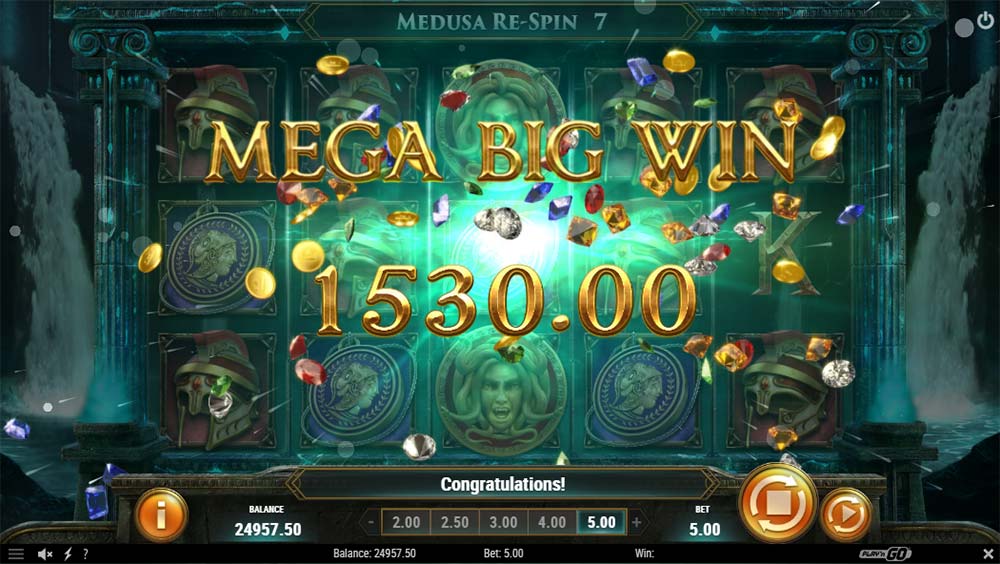 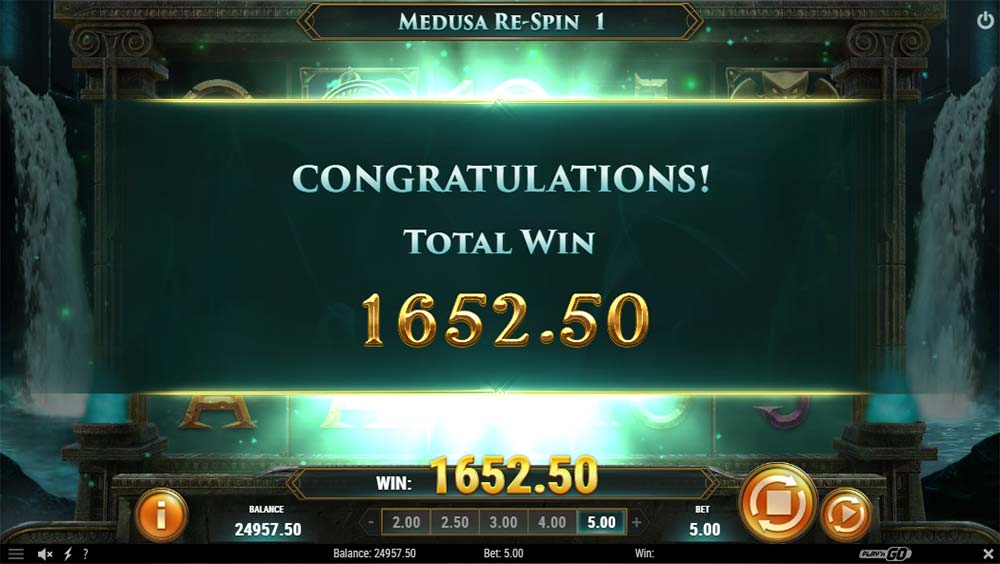 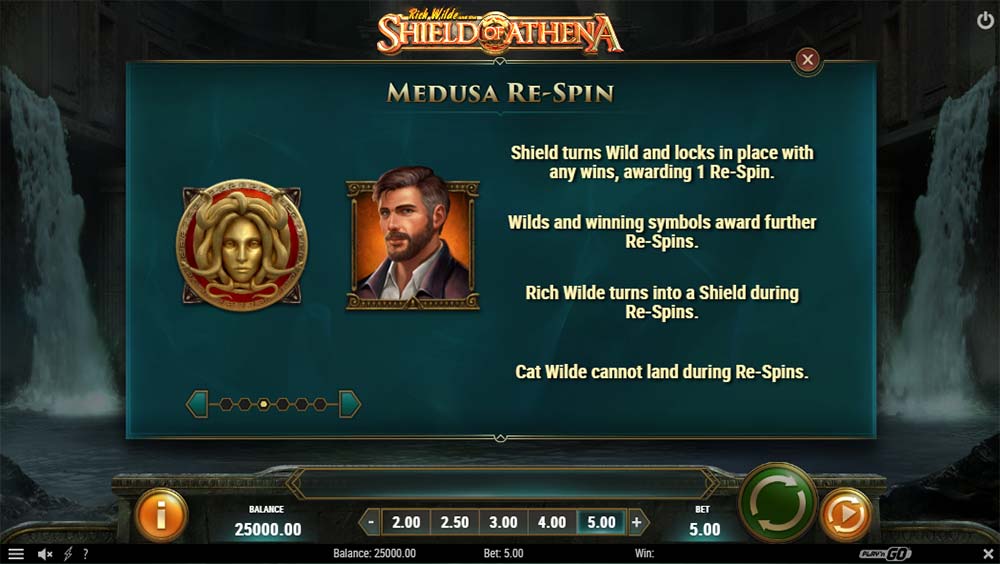 The Wilde Re-Spins can activate randomly from the base game, if the Medusa Shield symbol lands on the reels you will be granted a Wilde Re-Spin.

The Shield symbol becomes a Wild and any winning combinations on any paylines will be locked in place with a re-spin awarded. 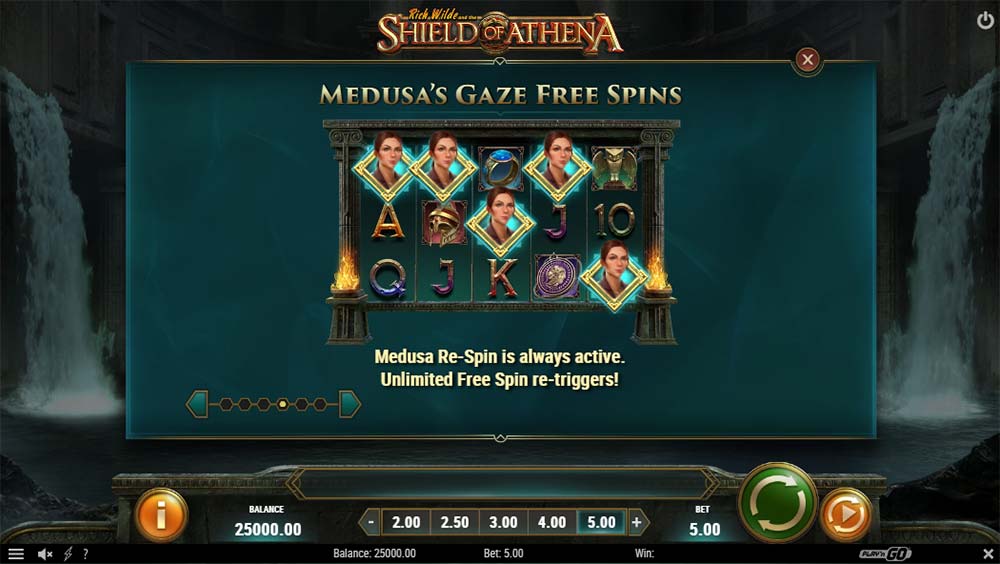 The main free spins round is triggered by landing 3 or more Cat Wilde Scatters on the reels will trigger Medusa’s Gaze Free Spins.

During the Medusa’s Gaze, the Wilde Re-Spins are always active on the reels and will trigger whenever a Shield lands in view

This bonus feature can also be fully re-triggered multiple times!

The Rich Wilde and the Shield of Athena slot from Play’n GO is an interesting release, whilst the combined features are not completely new, the response and wild conversions do offer some great maximum potential if a wild line is created during the free spins.

In our playtests, we did manage to score bonus round wins well in excess of 250x, with a few more wilds landing in view this can become much greater with a stated maximum exposure of 1000000 coins!

Overall it’s a nice addition to the Rich Wilde theme of slots, the volatility might be a little high for many players, but there is some definitely some big win potential on offer too!