Red Queen Casino will be adding latest Nextgen Gaming online slot called Snowflakes to their casino on the 23rd Feb 2017, this is a 5×3 reel, 25 fixed payline slot that features the very popular Sticky Wilds feature along with several other extra wild mini-features too.

As you would expect from a game titled Snowflakes, the reels are made up from a variety of different small and large sized snowflakes symbols, several wilds, and bonus scatters, it’s also worth noting that the minimum bet is actually 0.30 credits for 25 paylines for the additional features added.

There are two different mini-features that can trigger in the base game, the Wild Wind Feature which adds extra wilds to reels before they stop spinning, along with the Icy Wilds Feature where wilds are added to the reels on any non-winning spin to potentially turn it into a winning spin.

These features do occur quite regularly in the base game and can add up to 5 extra wild symbols to the reels, generally though it tends to be just 1-3 extra symbols. 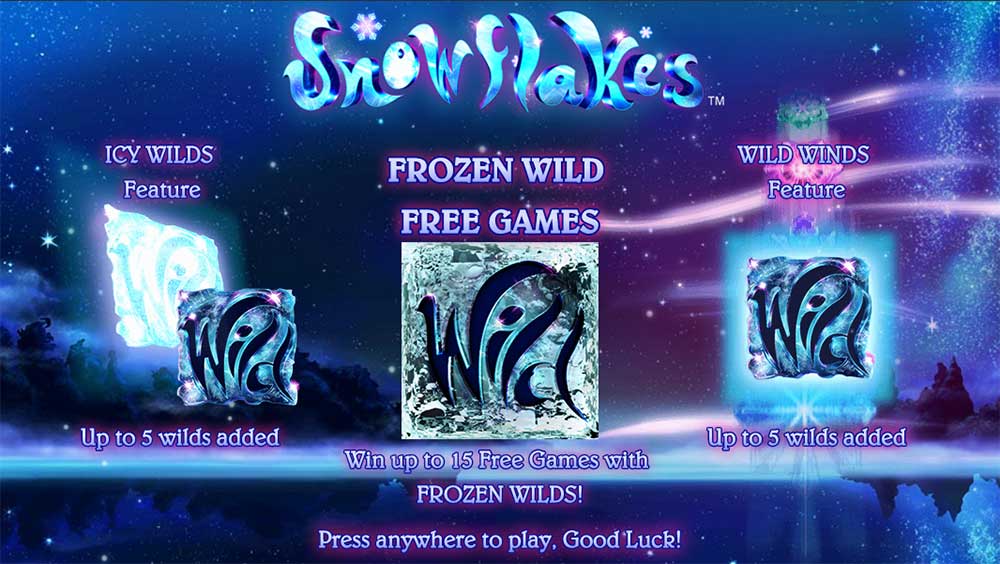 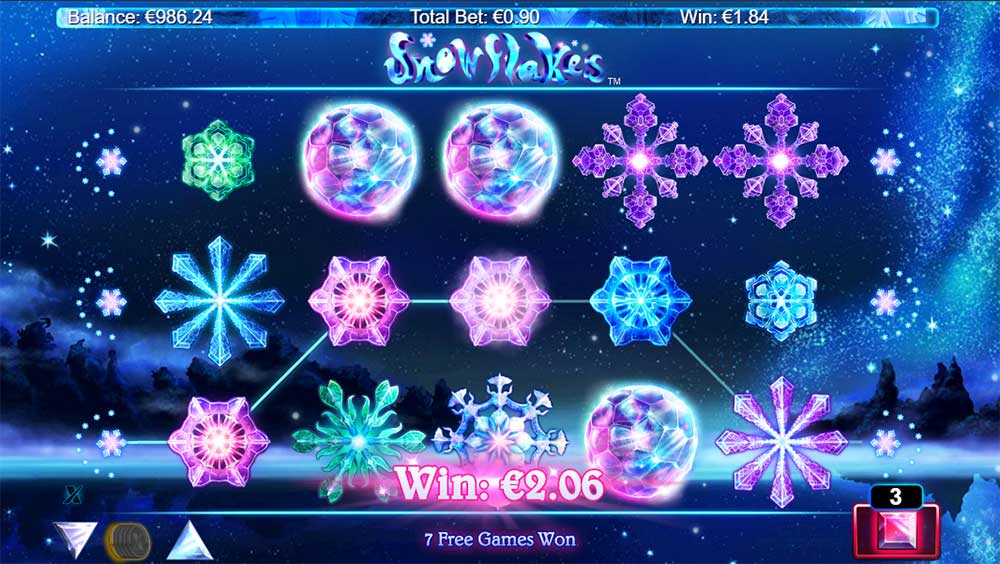 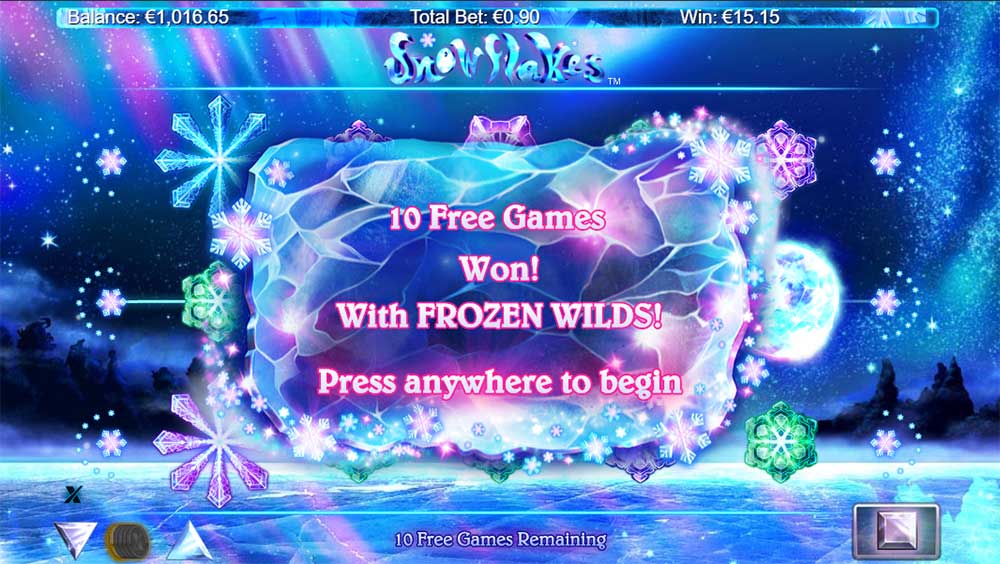 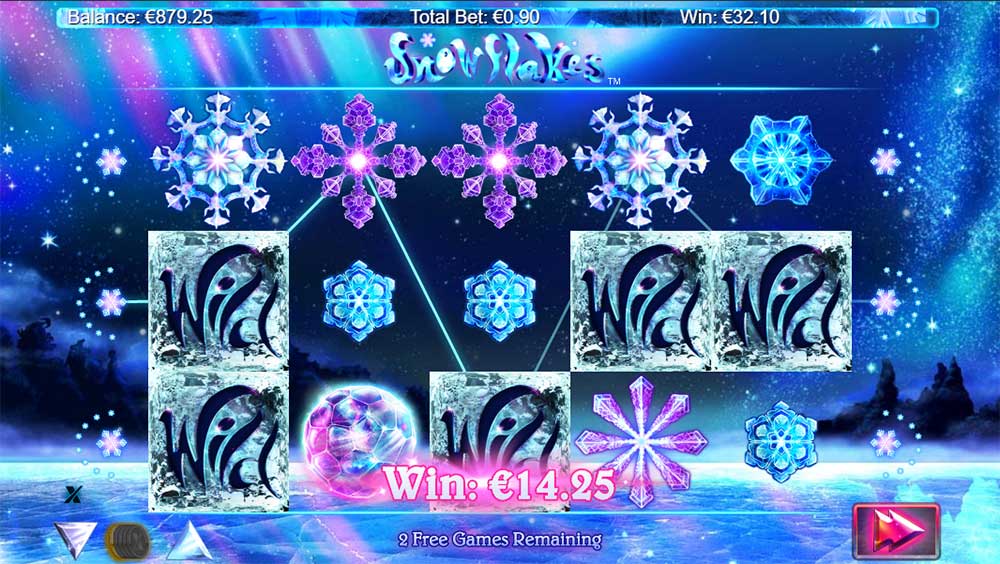 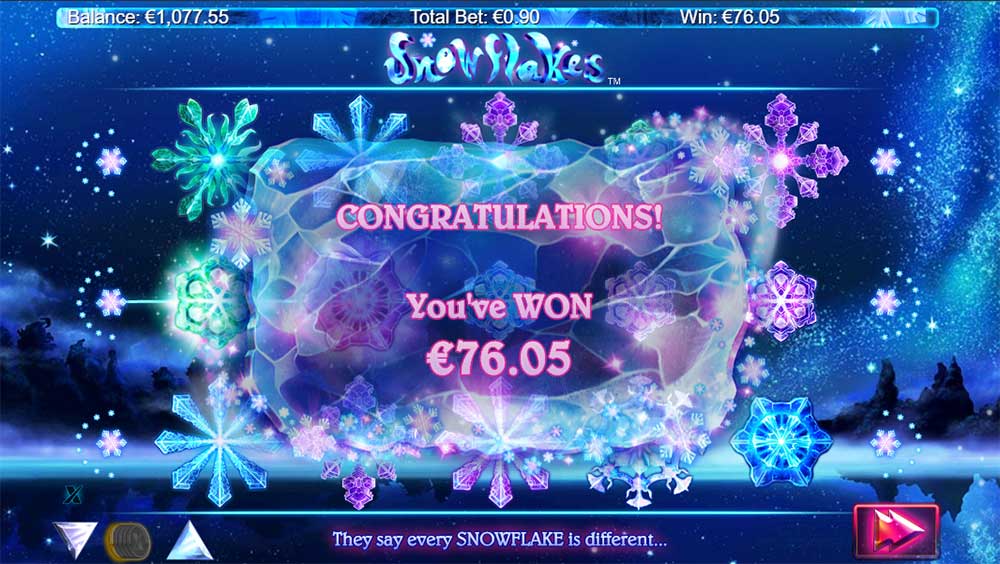 Having a fairly muted base game, the real excitement on Snowflakes is definitely going to be found in the free spins bonus round which is triggered by landing 3 or more of the special Scatter symbols, the more scatters that trigger the round the greater number of free spins awarded as follows.

Sticky Wilds are activated during the free spins round, so when any wild symbols land on the reels they will remain in place for the remaining spins of the bonus round,  to make things even more interesting you can also re-trigger the free spins too which could lead to some very interesting bonus rounds!

Snowflakes is certainly an interesting slot release from Nextgen, games with Sticky Wilds always offer some interesting and potentially rewarding bonus rounds for players and along with the fact that you can re-trigger the bonus and start with up to 15 free spins makes this slots bonus round very appealing.

The main downsides though are that the base game isn’t really that interesting to play, the mini-features do occur quite frequently in the base game but tend to be just 1 or 2 extra wild symbols that dont really lead to producing any big wins which really makes this slot very dependant on hitting the bonus round and getting lots of sticky wilds in the early spins.

Overall a decent release, it’s not the new “Dead or Alive” but might be worth a look at for Sticky Wild slot fans.