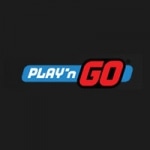 Play’n Go has a brand new online forthcoming entitled Spin Party, the official release is scheduled for the 6th of August, with both the mobile and desktop version of this game will be released simultaneously.

Spin Party is another 5-reel video slot game with 10 fixed paylines. The game features an expanding WILD symbol and the chance to win free re-spins with a sticky WILD and up to 20 free WIN SPINS which have featured in several of Play’n GO’s recent releases such as Royal Masquerade and Pimped.

The symbol to look our for are the dancing girls which is a wild symbol that can appear on the three reels (2, 3 and 4). When this lands the wild symbol expands to cover the entire reel. When a single wild symbol appears on any reel, a free re-spin is triggered. The expanded wild symbol sticks during the re-spin.

When two or more wild symbols appear, you receive a starting 5 free WIN SPINS is triggered. During this bonus round a prize is guaranteed on each WIN SPIN! as you would expect. Each wild symbol can remain sticky for up to three consecutive WIN SPINS if at least one new wild symbol appears on the next spin. And if that wasn’t enough, each wild symbol that appears during a WIN SPIN also grants one additional WIN SPIN up to a maximum of 20 WIN SPINS!

This is what Play’n GO have to say about their new online slot,

Spin to the Beat

The dance party is in full swing at all hours in Spin Party, a flashy, funky five-reel slot game from Play’n GO. Your heart will thump in time to the winning beat as you spin to match classic slot machine symbols along the ten lines. Keep your eyes out for the wild go-go girls as the music plays. They love to show their best moves by stretching across the entire reel to help you win more. A single go-go girl triggers one free re-spin, while two or more set off a sequence of five free Win Spins. On each Win Spin, you are guaranteed to hit at least one winning combination. You might even bump into more wild go-go girls to win up to 20 Win Spins in row. Get ready to bust a move at the hottest virtual nightclub to be caught on reel. Just dance to win!

If you are looking to play this on release day or find some great casinos that run the Play’n GO range then you will find it live on release day at Betsson, Betsafe, GUTS, LeoVegas, Vera&John, Mr Green, Thrills, SuperLenny, Casino Heroes and many more of our recommended online casinos. 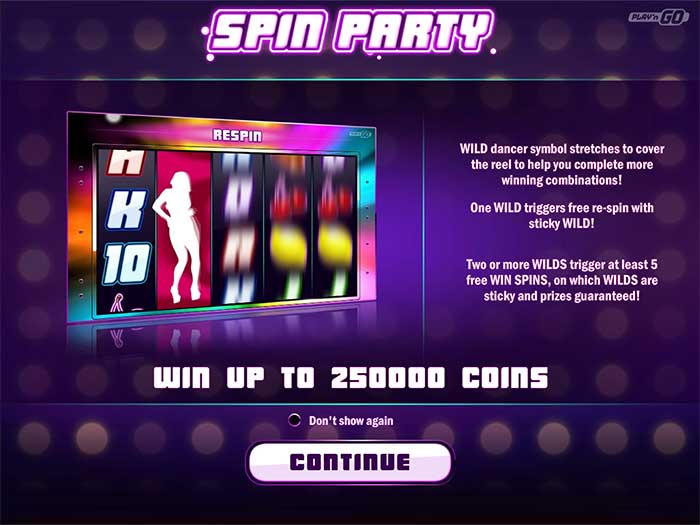 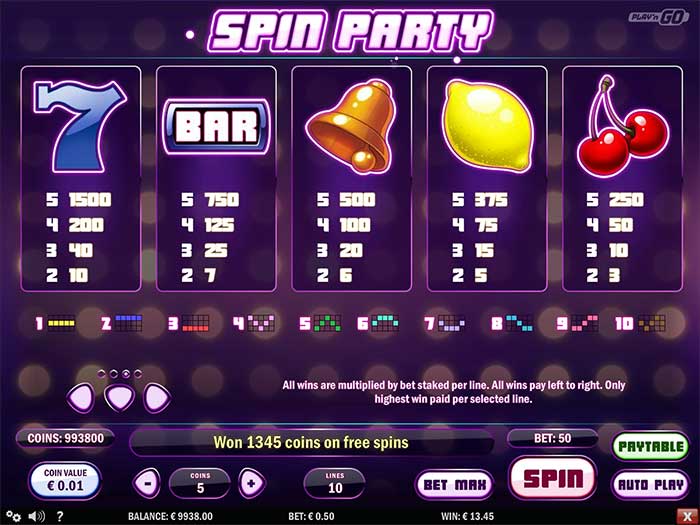 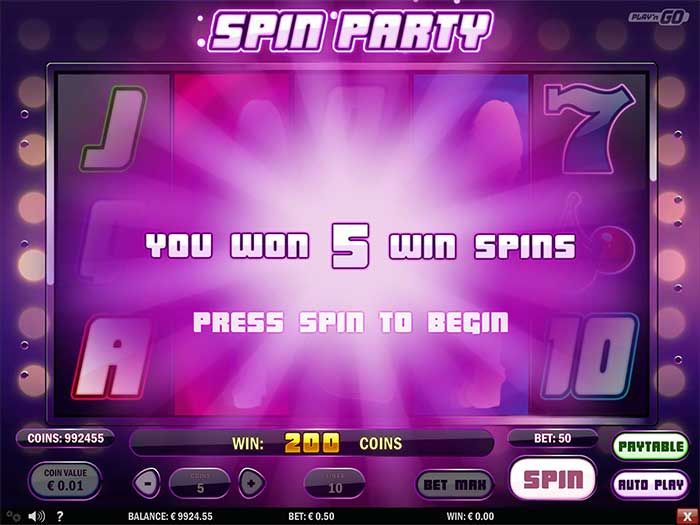