Starburst Collides With Megaways? In the New Starz Megaways Slot From Pragmatic Play!

Videoslots Casino will be adding the latest slot release from Pragmatic Play titled Starz Megaways, which seems to be a heavily inspired Starburst style slot with the addition of the popular Megaways payline system but still paying in both directions!

The main features to look out for in the Starz Megways slot are that pays can occur in either direction on the reels, so whilst the number of megaways will alter on each spin you also have twice as many chances for winning combinations, with the biggest payouts of course coming from the 6 of a kind wins fully across the reels.

The wilds in this slot when landing in view fully expand to cover the entire reel in the base game, depending on the current megaways this can range from 2-7 wilds on a reel, whilst they can only land on reels 2 to 5 this can create many winning combinations especially when you include the pay both ways paylines!

The main bonus round is triggered by landing 3 or more scatters and you are also awarded a further re-spin chance for additional scatters to land which adds extra spins.

Be warned though whilst this slot can pay out hugely, with just 6 free spins awarded for a regular bonus trigger it can also be very disappointing if no wilds land in view on the reels early on in the bonus, it definitely took us a considerable amount of bonus features to be able to see this machines potential! 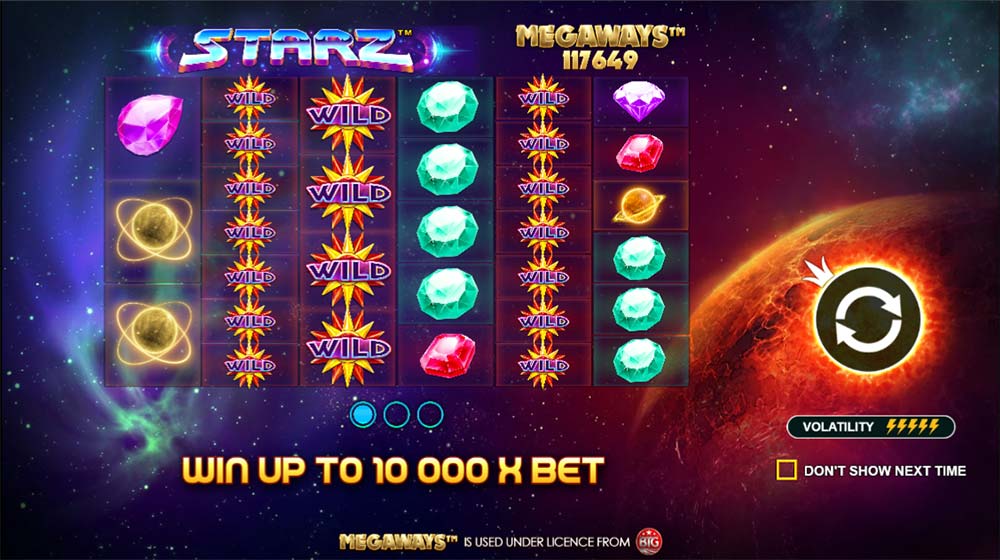 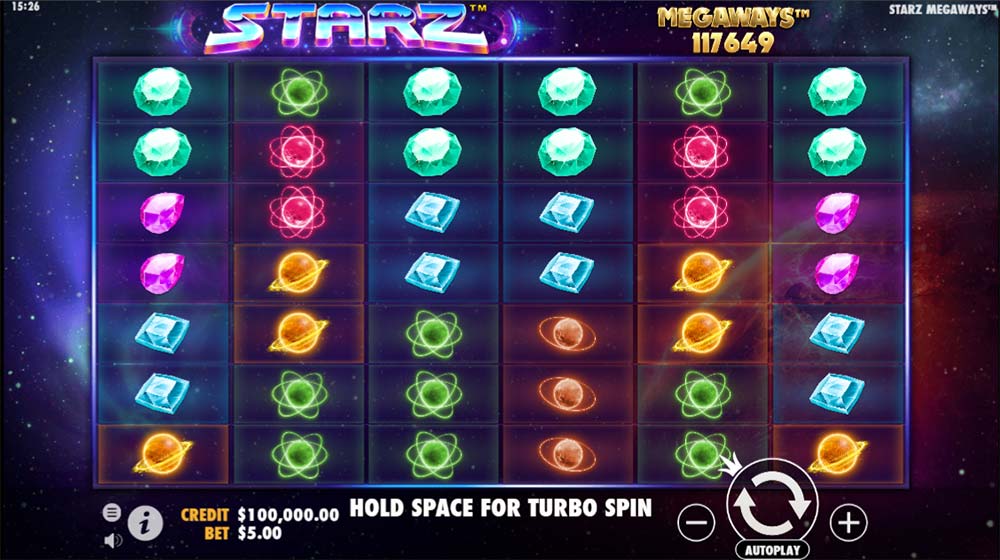 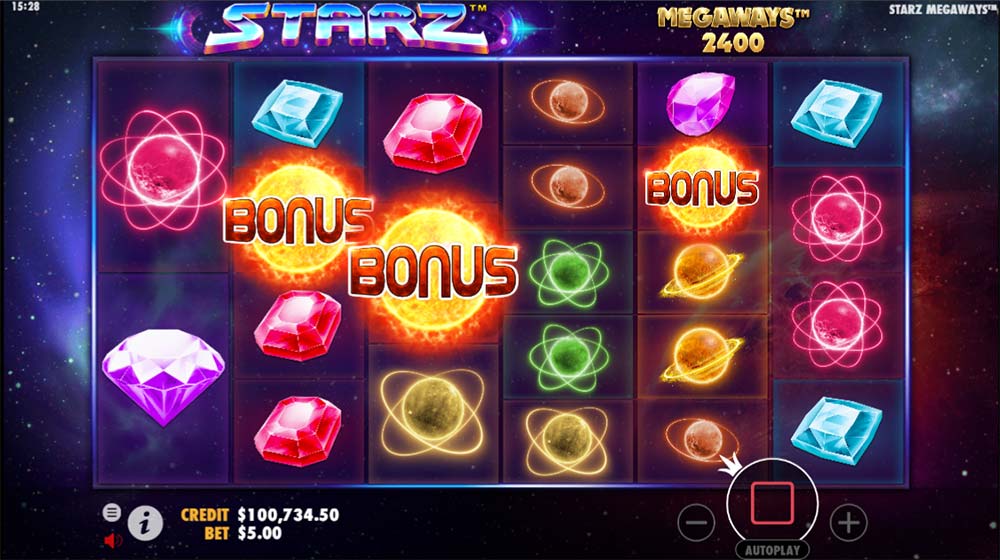 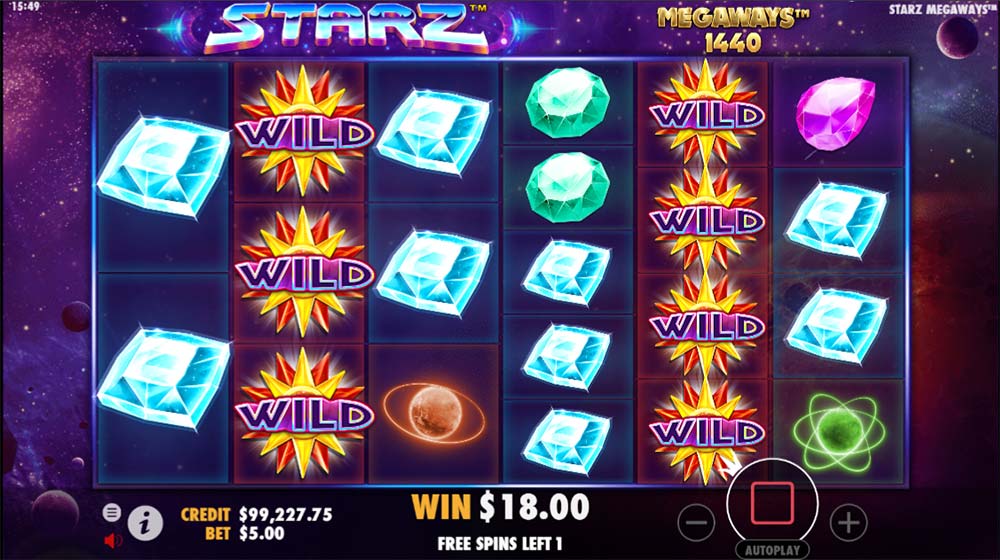 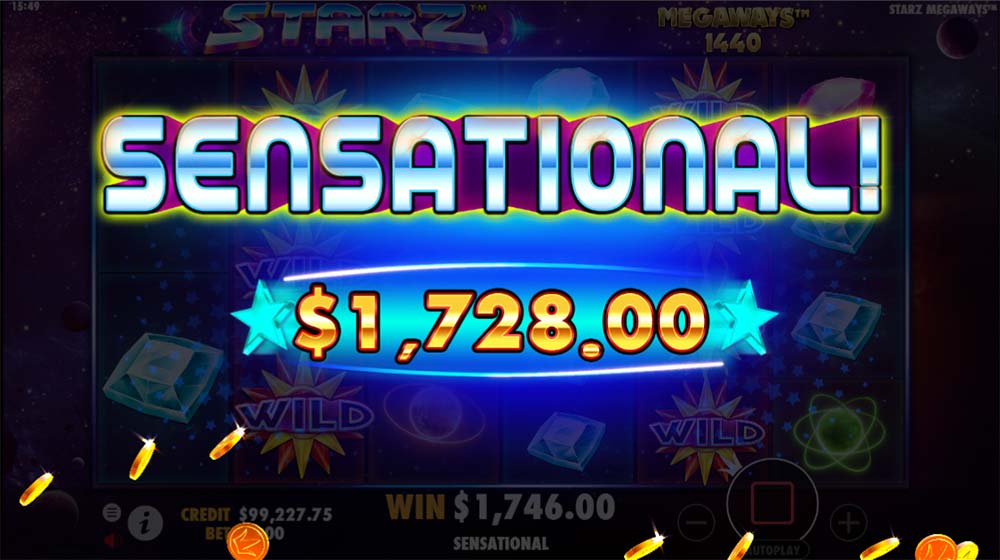 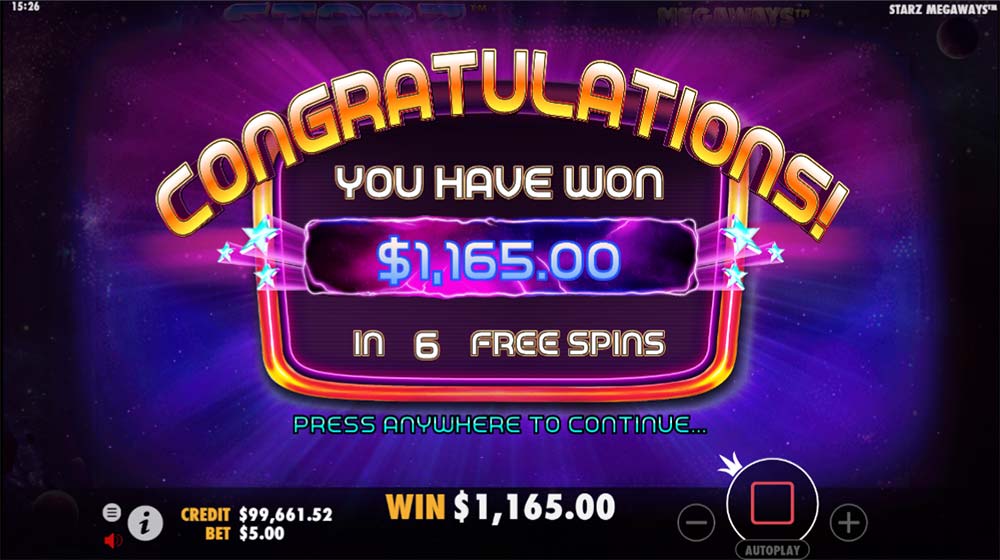 The main bonus round is triggered by landing 3 or more of the Bonus Scatter symbol anywhere on the reels, one respin of the reels is awarded for an additional chance to landing further scatters and increase the number fo starting free spins as follows.

During the free spins, any wild symbols that land in view will expand vertically to fill the reel completely and remain sticky for the duration of the bonus round, no bonus re-triggers are possible.

The max payout from this slot is limited to 10,000x stake!

The Starz Megaways slot from Pragmatic Play is an unusual attempt at a Megaways slot, the pay both ways functionality and obvious similarities to the old Starburst slot certainly raised a few eyebrows, the addition of free spins along with sticky wild reels is where all of the excitement on this slot is to be found.

In our playtests, we really did struggle to get anywhere close to a 100x stake win initially, but we persisted long enough in our playtests to see both sides of this machine with 200x and 300x wins after many disappointing bonuses.

The regular 6 free spins trigger may be a little disappointing to many players, the respin feature before the bonus round is a nice touch, but essentially with any bonus, you are hoping for several wild sticky reels as soon as possible into the bonus round.

Certainly not one of our personal favourite Megaways slots, and we aren’t really sure whether people actually enjoy Starburst enough to see this release as an attractive proposition.