Casumo Casino has just added a new Play’N GO slot to their casino titled Viking Runecraft which is a unique 7×7 grid style games with a cascading reels feature.

Themed around on the Norse Gods of Thunder, Wisdom, Beauty and Guarding, you form wins on the reels by matching rune symbols in blocks of  5 or more with pays increasing up to the maximum of 15 adjacent symbols.

Viking Runecraft plays in a similar style to the popular Gemix slot and likewise can appear to be fairly low variance but there are wins up to 5000x lurking in this slot along with multipliers that go all the way up 15x, so plenty of potential for rare enormous wins too.

There’s plenty going on in the base game, including a level up feature which is completed by scoring wins on the marked tiles, along with a Runes of Valhalla feature which plays out on level completion.

The main feature to be aiming for however is filling up the Charge of Destruction bar or filling this is completely two times to activate the special Ragnarök feature, where they multipliers can grow up to 15x in size.

During base game play on each level, one of the Gods will be present at the side of the screen, on random spins they can activate special wild modes to assist in filling up the Charge of Destruction bar with unique Thunder, Wisdom, Beauty, and Guarding wild modes.

Once the Charge of Destruction bar has been filled up this will activate 1 of 4 different destruction modes, this again aids you in securing further wins whilst you aim to trigger the main bonus Ragnarök feature.

Check out the video below to see all of these features in action. 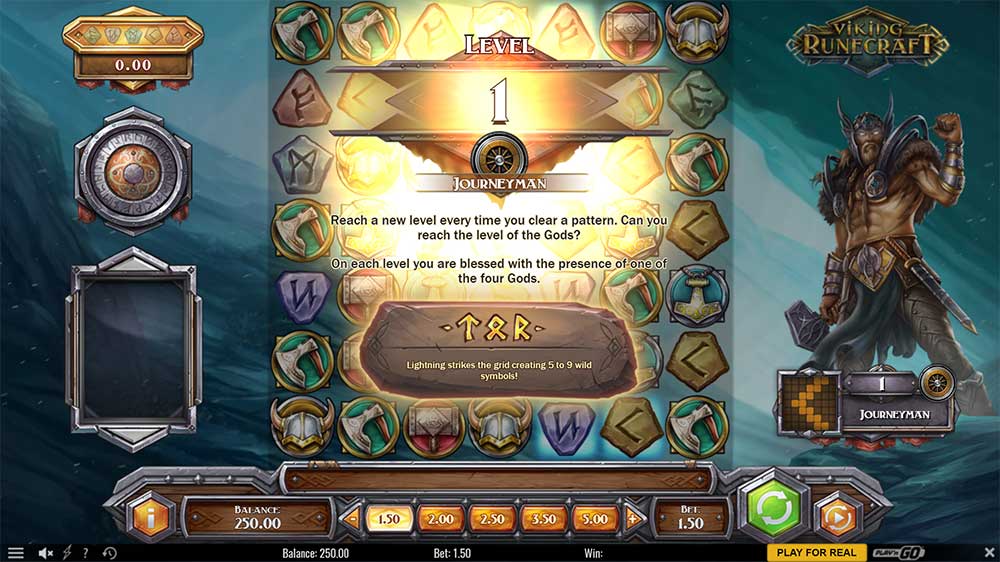 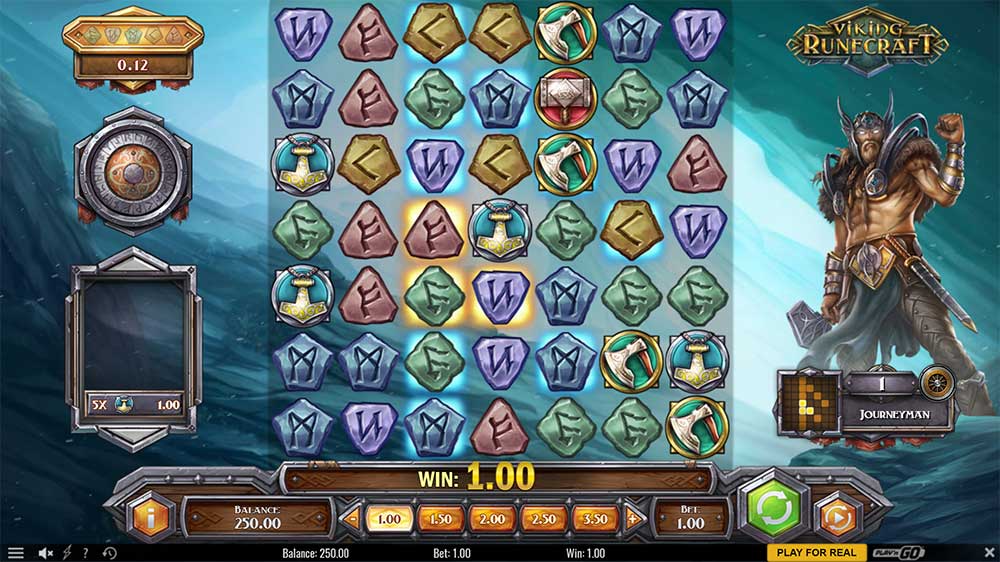 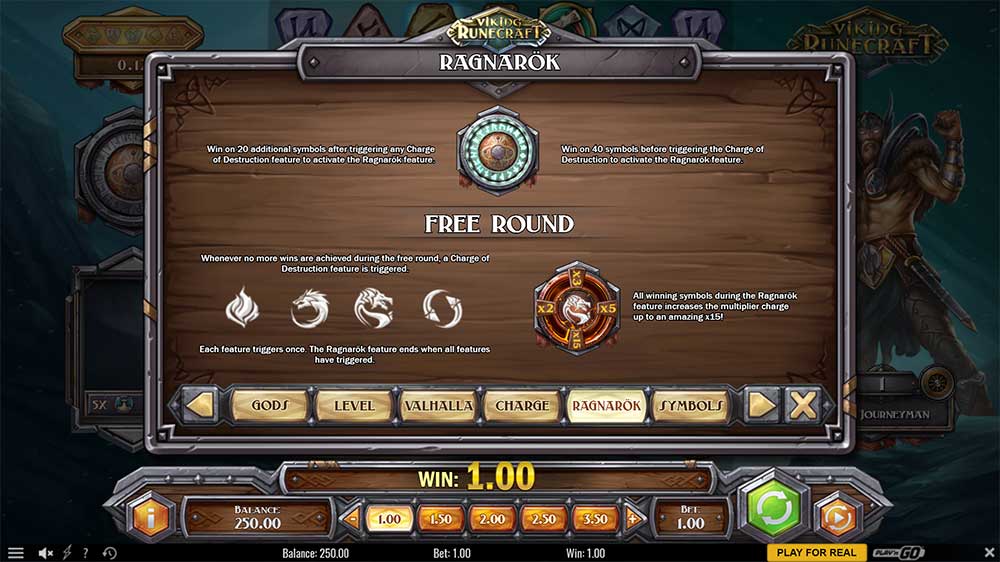 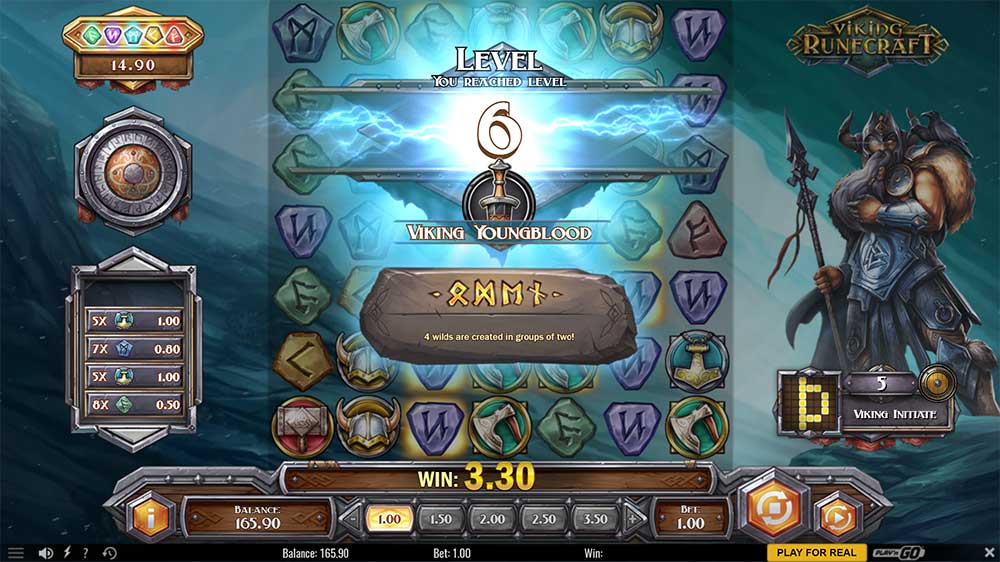 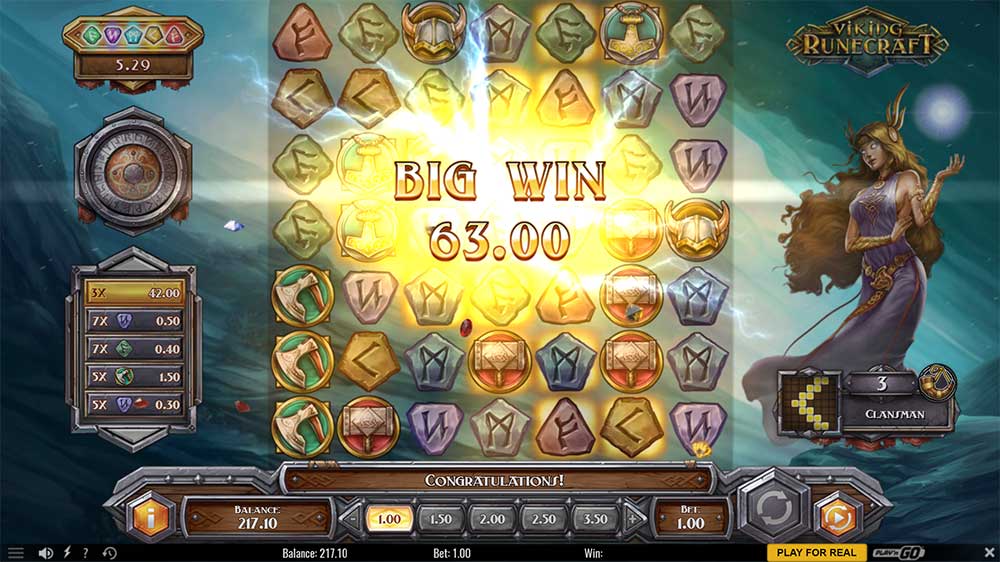 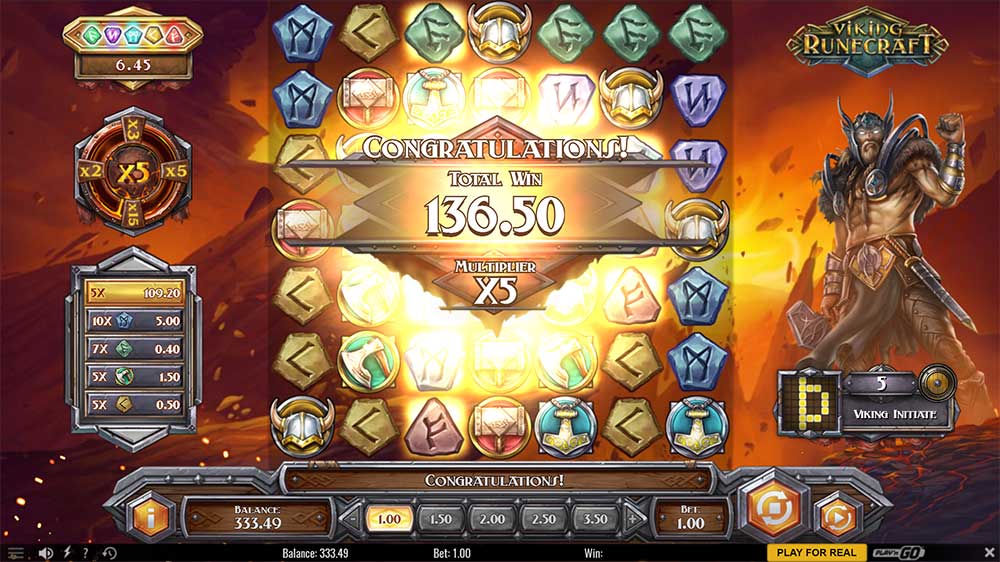 Depending on your current level 1 of 4 Gods can be found to the side of the slot, these can randomly activate a special feature adding several wilds onto the grid.

When you manage to land successive wins to fill up the special Charge of Destruction bar 1 of 4 different special features will activate.

Filling up the special meter a second time fully will trigger the special Ragnarök feature which awards just 1 free spin, but with all the above special features activated in turn.

Once the Ragnarök feature has been triggered a new End of the World bonus meter is added which contains all of the multipliers that can be added to the final win, with 80 symbols required to trigger the special 15x Multiplier.

During the Ragnarök feature, all 4 of the special modes are applied to the spin,  giving you 4 extra chances of scoring further wins and boosting your overall win amount and the multiplier values.

Viking Runecraft is a really polished release from Play’N GO, there is lots going on in the base game with constant mini bonuses being applied to spins, and even though in general the pays are quite low there are some absolute monster hits lurking on this machine just like the Gemix slot.

The bonus round whilst only 1 spin, has so many bonuses applied to it that it can be very rewarding, especially when the multipliers levels are reached.

Overall a really solid release from Play’N GO, Viking Runecraft is definitely worth an extended play or two!