Join Cat Wilde in the New Doom of Dead Slot From Play’n GO!

Unibet Casino has recently added the latest slot from Play’n GO titled Cat Wilde and the Doom of Dead which is a new Egyptian themed “Book Style” slot. This new character Cat Wilde is the daughter of the famed explorer Rich Wilde used in many of Play’n GO’s most successful slot releases.

Whilst this release does introduce a few new elements and quirks to the Book style slot genre, in essence, the basic mechanics will play out in a very similar style to Book of Dead. It is worth noting that with the introduction of expanding Wild symbols into Wild Reels the payable has suffered somewhat for the regular symbol payouts, there is still a max potential of over 5000x stake from the Explorer symbols but there is a distinct difference in winning values when comparing the regular and premium symbols in the paytable.

This is mainly down the addition and frequency of the wild symbols, rather than having a scatter that also acts as wild the wilds on this slot are independent and importantly will also act as a regular expanding symbol during the bonus feature.

For example, a full screen of expanded symbols could be a mixture of wilds and the specifically chosen symbol at the start of the bonus round making full screens of matching symbols a lot easier. Given the multiple wilds can land in view and expand this also boosts the potential of the base game also when multiple wild reels come into play!

You can check out the screenshots and gameplay video below to get an idea of how the wild expansions can really help to create those extra winning combinations! 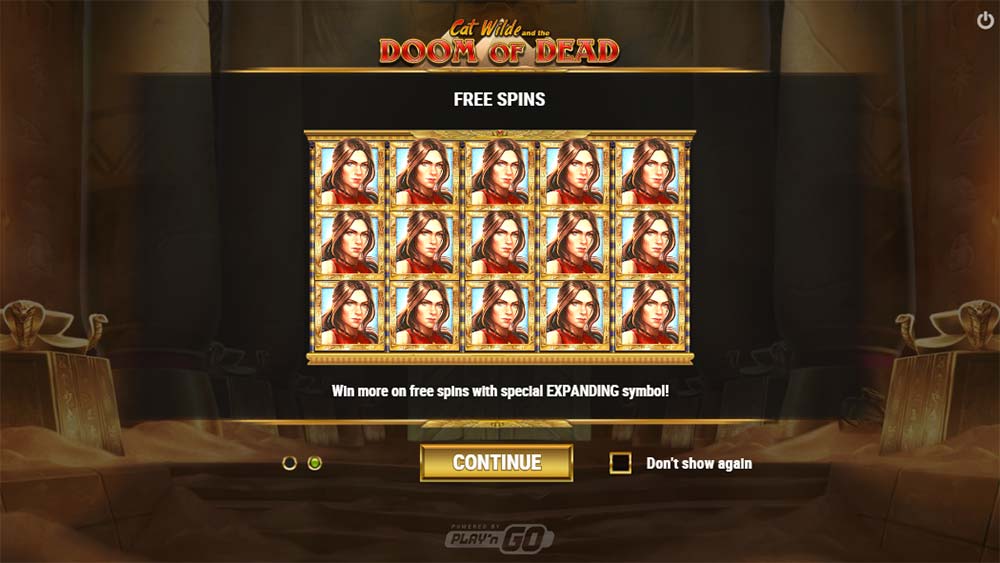 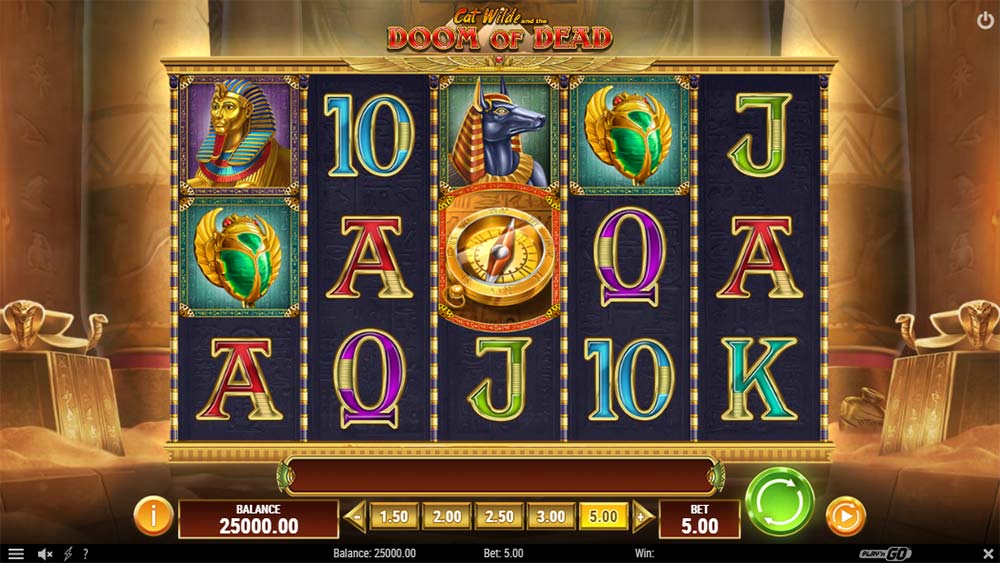 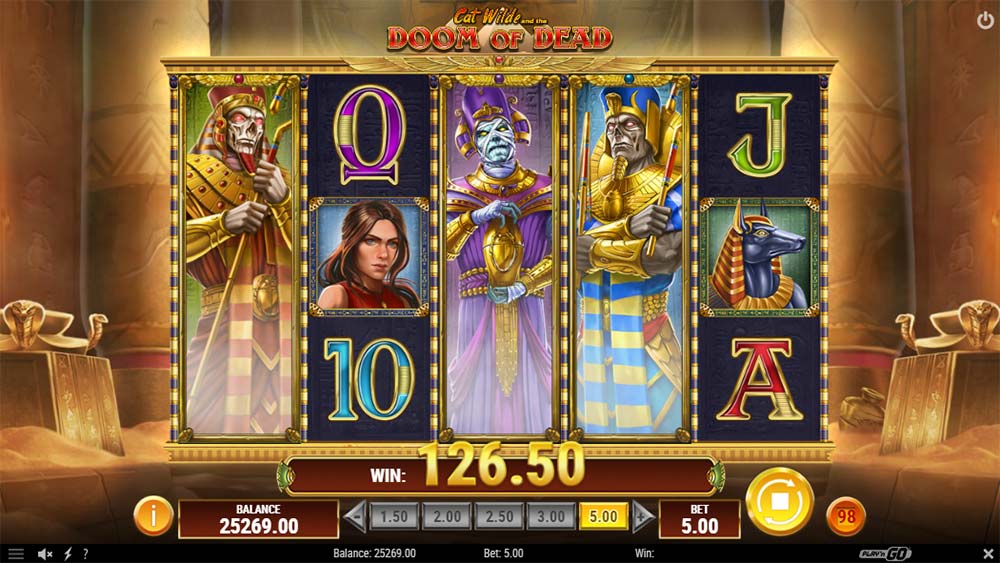 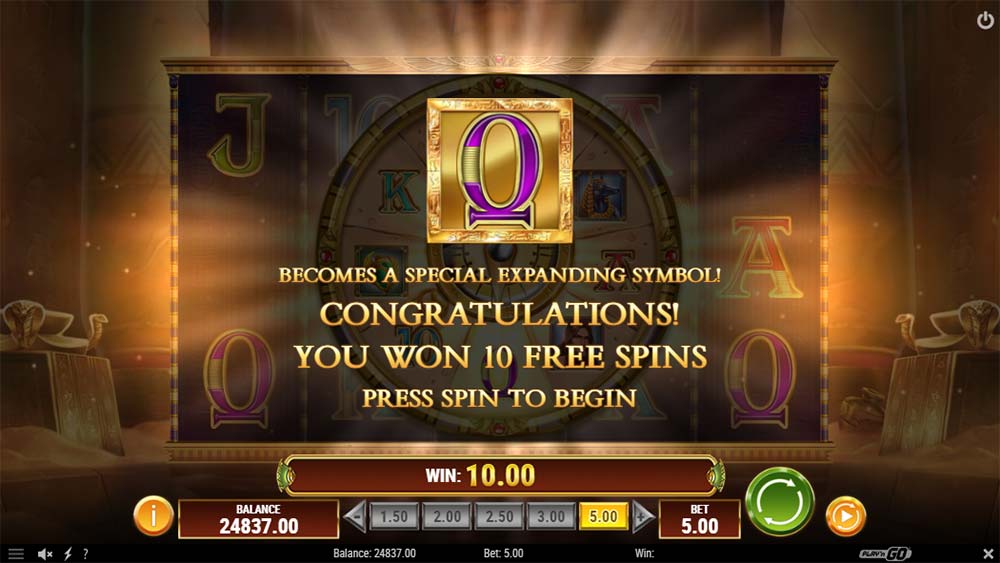 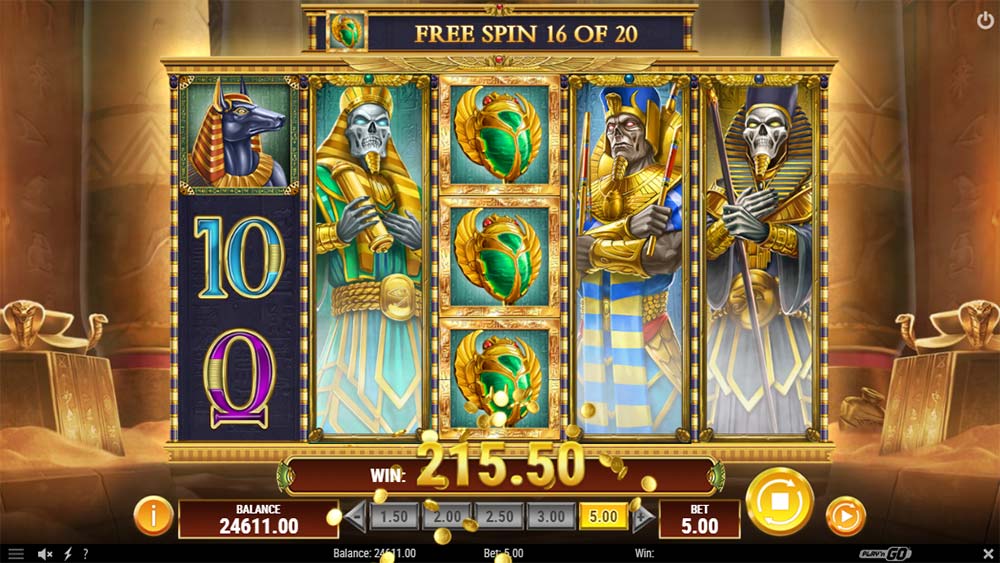 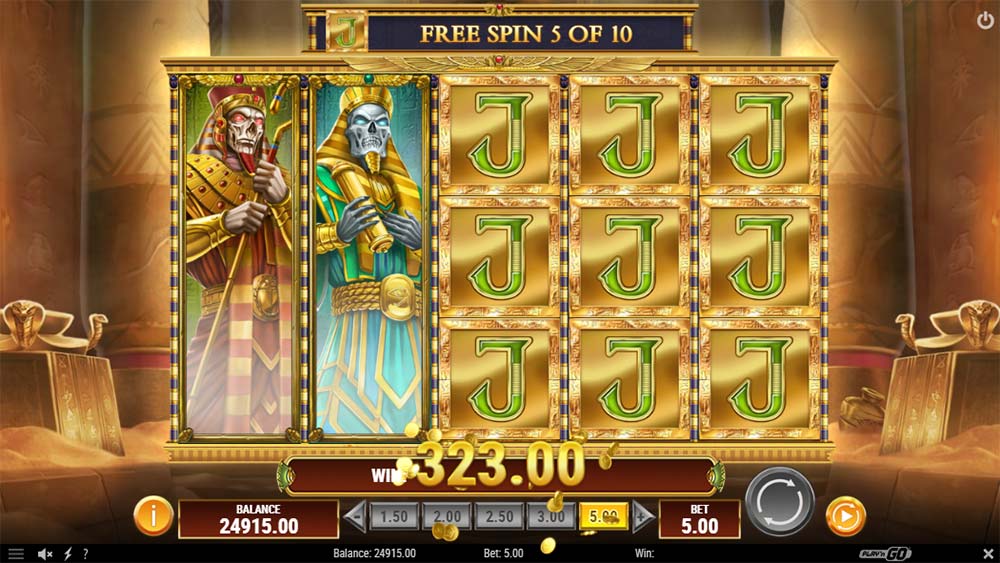 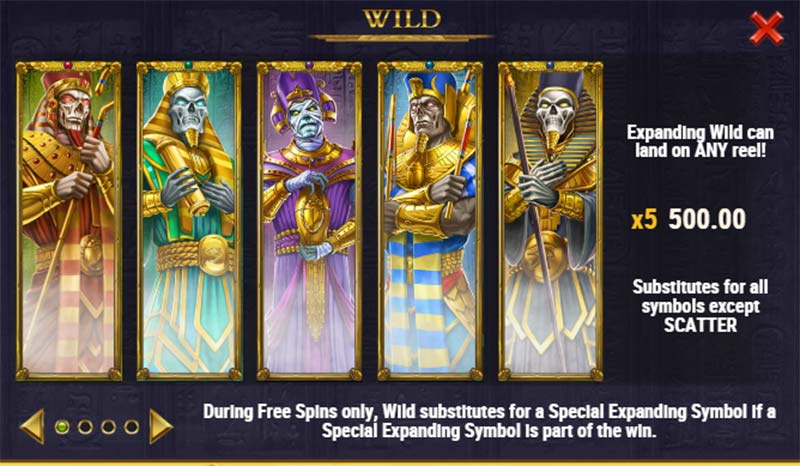 The special Wild symbols can land on any reel and will expand to fill the entire reel. 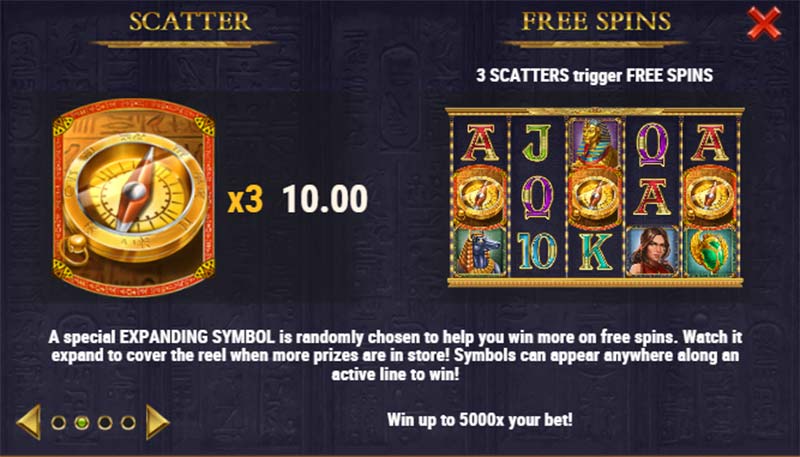 The main bonus round is triggered by landing 3 Scatter symbols on reels 1, 3 and 5 awarding an initial 10 Free Spins. the bonus round can also be fully re-triggered during the free spins awarding 10 extra spins an unlimited amount of time.

Before the free spins begin a special symbol is randomly awarded and will act as a Special Expanding Symbol during the bonus round.

The Wild symbols can also create winning combinations with the Special Expanding Symbols as well.

Cat Wilde and the Doom of Dead Slot

The Cat Wilde and the Doom of Dead Slot From Play’n GO is an unusual slot to review, as players we are already overflowing in a variety of book style slots, so whilst the addition of expanding wilds is a nice addition it does come at a price namely what appears to be quite a “gimped” payable reflecting the easier full screens of expanded symbols.

The positives are that there is definitely some extra-base game potential and the premium explorer symbols can still pay massively, but during our playtests, we did struggle more than we expected to get wins over 100x stake, even with full screen but not premium symbol wins!

To really see this slots potential you have to hope to land a premium symbol to act as an expander during the bonus rounds and the regular symbols payouts are just disappointing. Overall it makes for an unusual mix of a slot that doesn’t feel as volatile as Book of Dead but still has the huge Explorer premium potential so worth checking out to see whether you prefer this or the more regular book style machines.