Rizk Casino has recently added the Who Wants to Be a Millionaire – Mystery Box Slot from Big Time Gaming to their casino, given the unusually long title for a slot we are going to call it the Mystery Box slot from now on!

With this release, Big Time Gaming has taken a step away from their incredibly popular Megaways slots and produced a slightly more regular 5×3 reel pay any way slot.

In true Big Time Gaming fashion though they haven’t just settled for a regular slot, this particular release has multiplying wilds that when several lands will combine together for even bigger multipliers, along with this feature you can also reach the dizzy heights of a 50x multiplier in the free spins round, this is before you even consider the multiplier wilds on the reels!

The Mystery box feature is a special symbol present on the reels, that reveal literally a mystery symbol each time, it could be a regular symbol or even a scatter, in our playtests we did have some unexpected bonus triggers thanks to this feature!

Whilst the base game does have the multiplying wilds and mystery box features the biggest excitement is definitely to be found in the free spins, where every scatter landing on the reels permanently raises the level of the multiplier along with granting extra free spins, all nicely tracked thanks to a progress meter to the side of the slot.

Various checkpoints along the way award 3 extra free spins rather than the usual one, reaching the top of this meter awards a 50x multiplier to any wins, factoring in the multiplier wilds also on the reels should give you a good idea of how crazy the wins could get with 5 of a kind wins and multiple wilds on the reels! 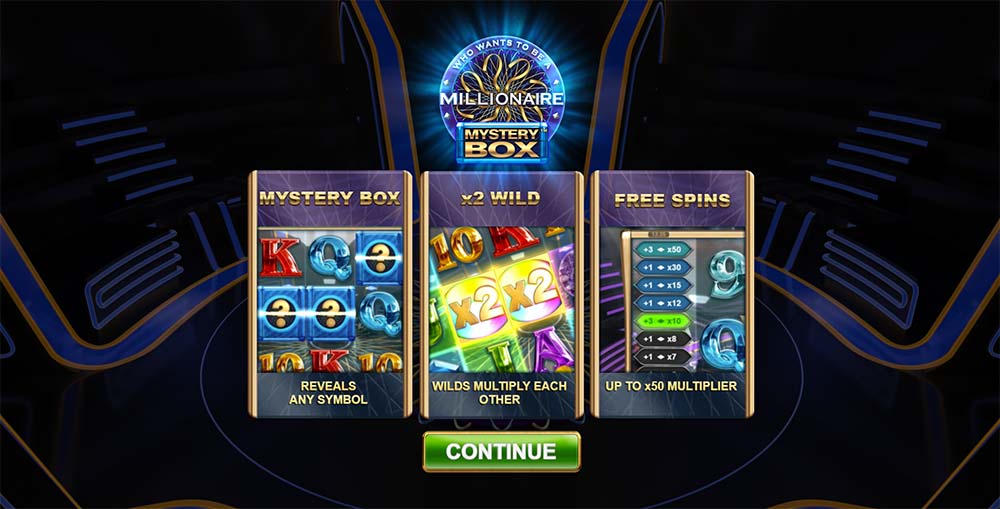 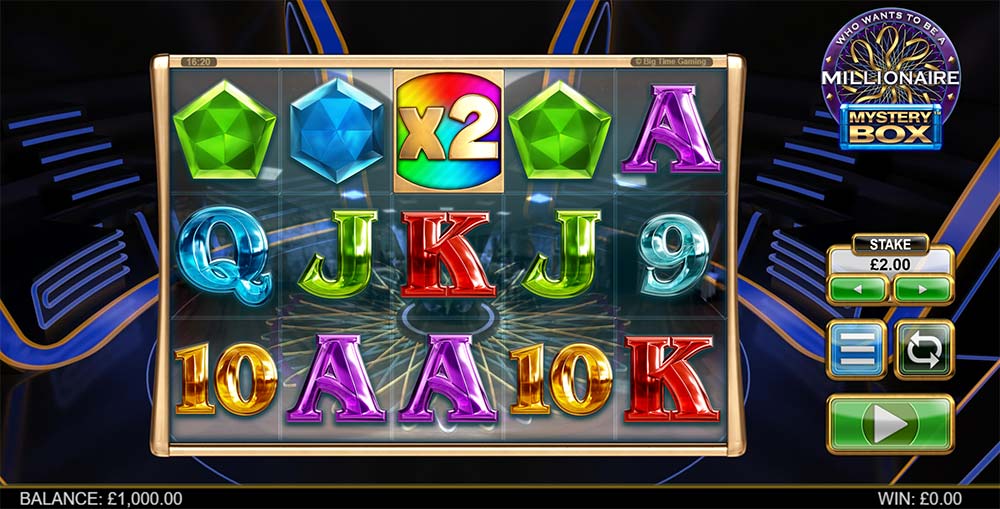 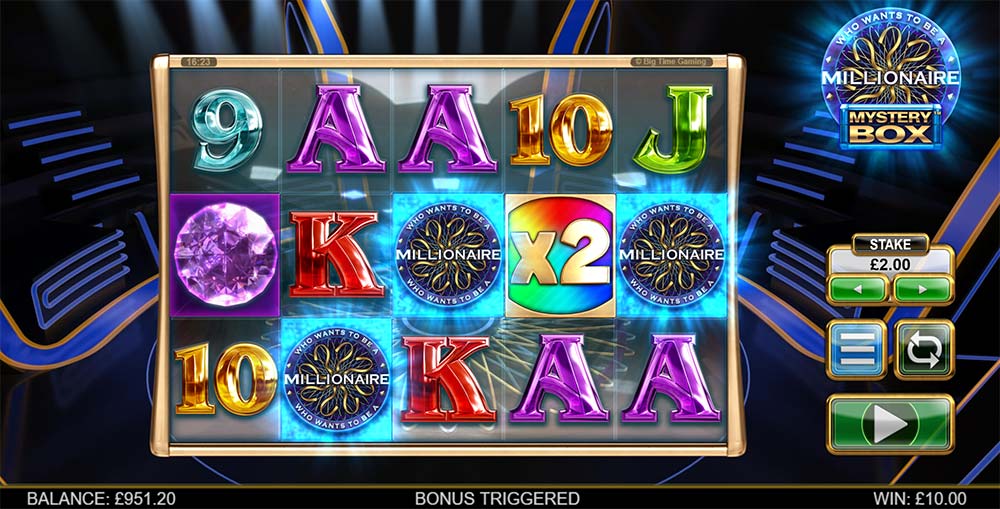 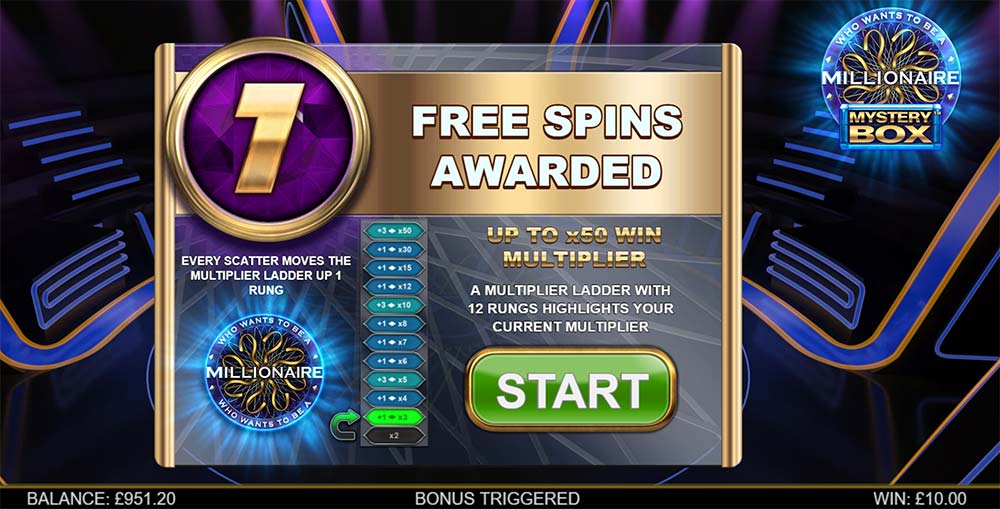 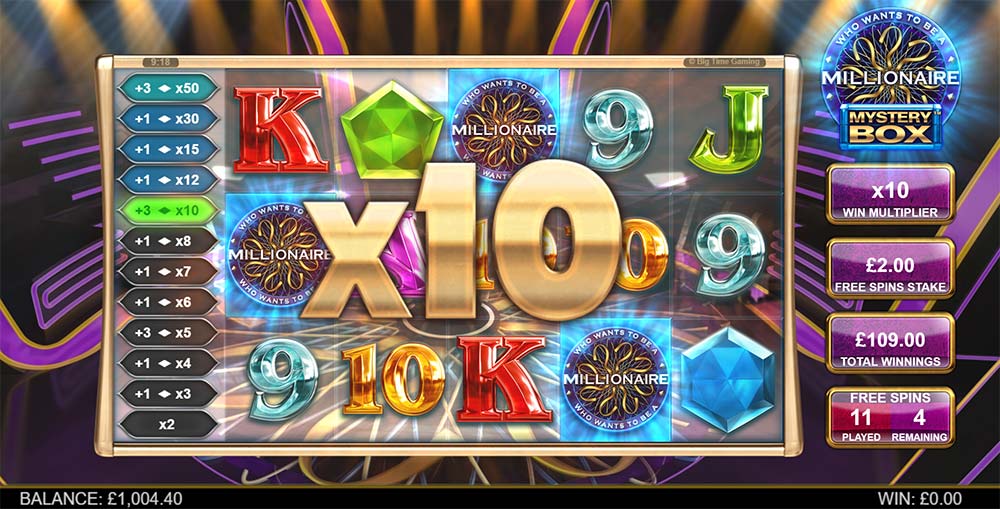 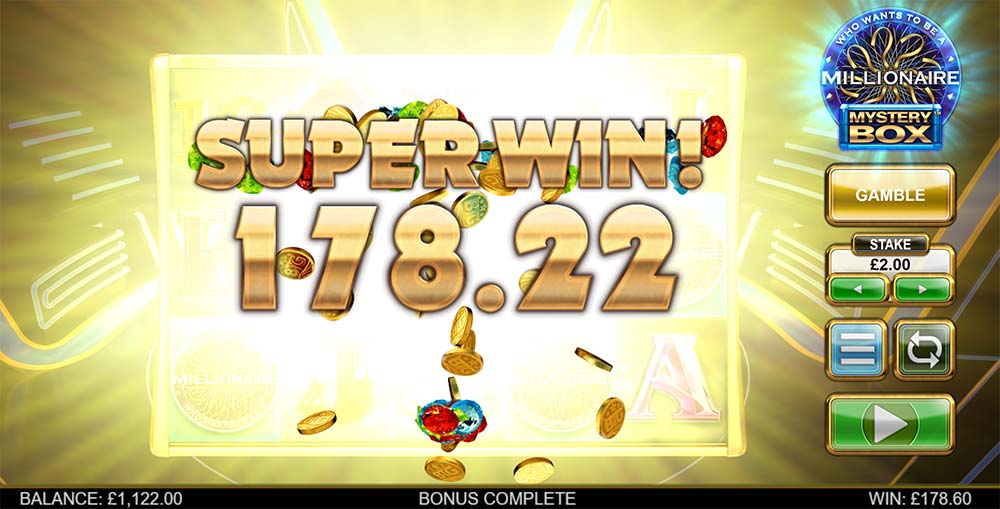 The Mystery Box is a special symbol on the reels, when landing in view it will transform into any symbol, including the Scatters which trigger the bonus round

The Multipliers wilds are present on the middle three reels and will double any win (2x) if multiple wilds land in view they are multiplied together, so 3 wilds would apply an 8x multiplier to the wins.

The free spins bonus round is triggered by landing 3 or more scatter symbols on the reels, additional scatters award more free spins and will also start the climb up the multiplier ladder in the bonus round.

For example, a 4 scatter trigger will award 12 free spins and you start the bonus round at the 3x multiplier level.

Every time a scatter lands in view on the reels the multiplier level rises to the next level and you are awarded at least 1 extra spin, a few checkpoints will award 3 free spins instead.

If you manage to reach the 50x multiplier level then any additional scatters will simply add more spins.

The Mystery Box slot from Big Time Gaming will probably be popular with players but possibly the main reason being the “Potential” of this machine, there is no denying that 50x multipliers and multiplying wilds could create some staggering wins in relation to stake size.

In our playtests, we managed wins of well over 200x stake and managed to reach above the 10x multiplier level a few times, getting to the 50x multiplier is likely to be much less common as we expected, there is also a nice gamble feature available on all wins with 5 levels of gamble on offer which if you are lucky could transform a small win into something huge.

The biggest gripe we did have with this slot though was that it didn’t feel particularly fun to play, the potential on offer excited us to try and discover big wins, but the actual slot wasn’t great fun to play at the same time, more of a set it to autoplay and wait for a bonus trigger feeling.

Worth trying if the prospect of crazy multipliers appeals to you!